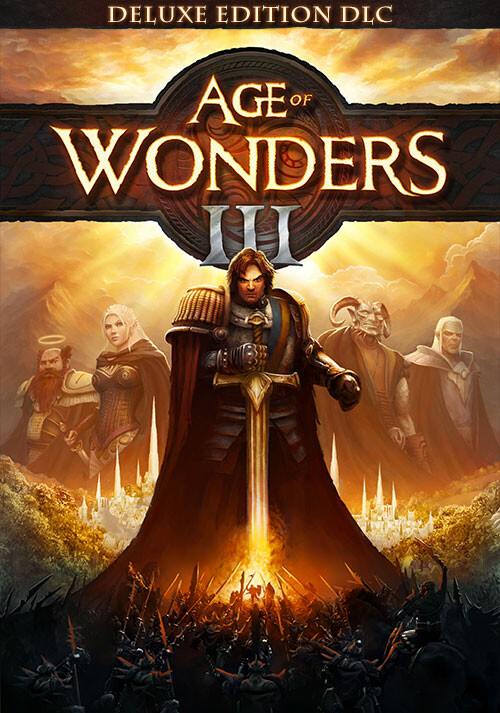 Dragon’s Throne Scenario
An extra large standalone Scenario. Legend tells of dragons who ruled the fabled Sea of Flames at the dawn of time. However nobody has seen a True Dragon in living memory. The isles are still loaded with treasure and have become popular with adventures, merchants, scoundrels and sightseers. Now eight rival lords have found a mysterious dragon’s egg, and each sees it as proof of their claim to the Dragon’s Throne. The sages warn they risk unleashing the wrath of the Dragons, but the Lords pay no heed as they prepare for war. You can play the Dragon’s Throne versus AI opponents or in multiplayer with up to 8 players.

Songs and OST materials will be placed in your AoW3 folder in the Steam Directory: "...Steam\steamapps\common\AoW3\OST"