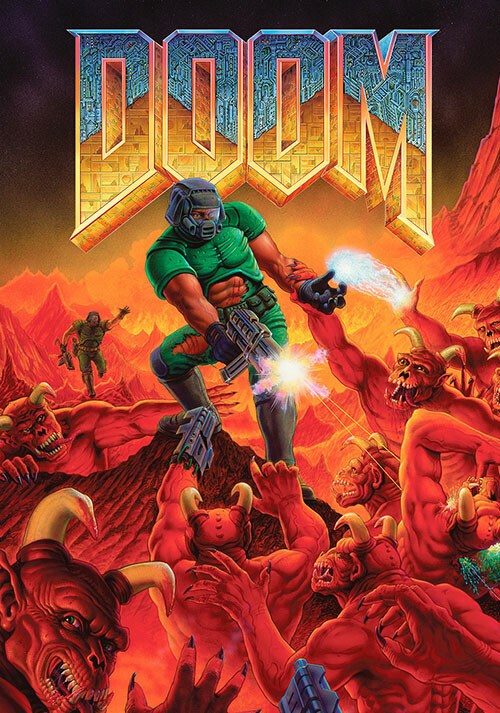 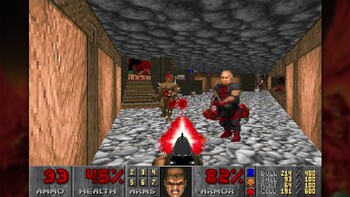 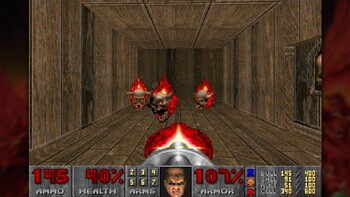 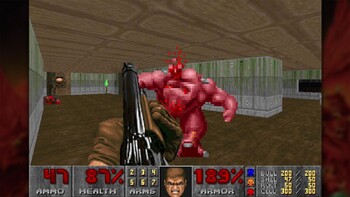 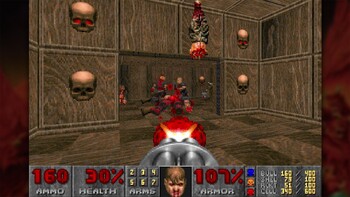 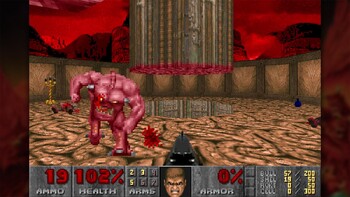 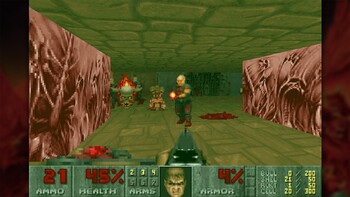 Developed by id Software, and originally released in 1993, DOOM pioneered and popularized the first-person shooter, setting a standard for all FPS games. An enhanced version was released on PC, consoles, and mobile devices in 2019. Now, you can get the original and enhanced versions of the base game and the additional content in one place.

DOOM (1993) - Original Version
The demons came and the marines died...except one. You are the last defense against Hell. Prepare for the most intense battle you’ve ever faced. Experience the complete, original version of the game released in 1993, now with all official content and Episode IV: Thy Flesh Consumed.

DOOM (1993) - Enhanced Version
Released in 2019 to celebrate DOOM’s 25th anniversary, this enhanced version makes it even easier for players to enjoy the original game on modern platforms. The re-release version includes: