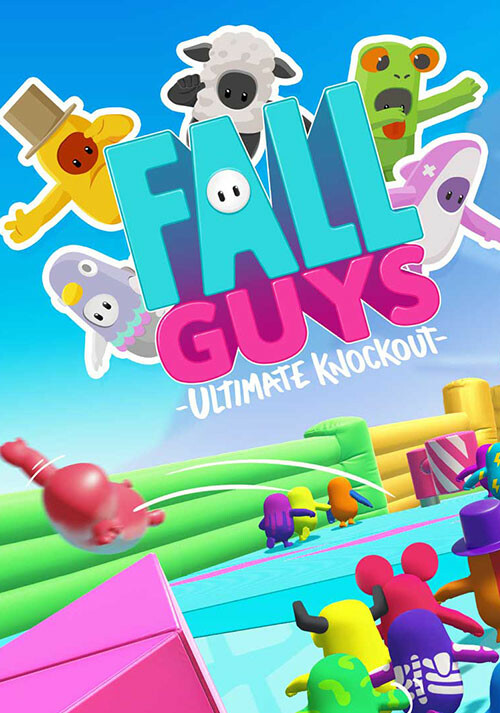 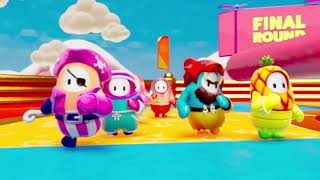 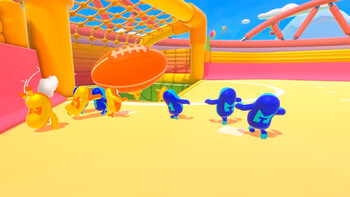 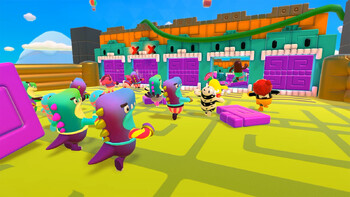 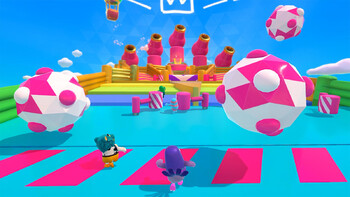 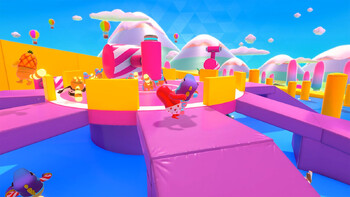 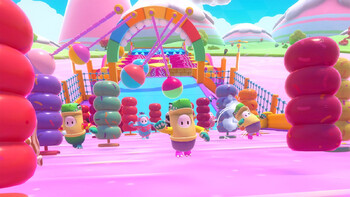 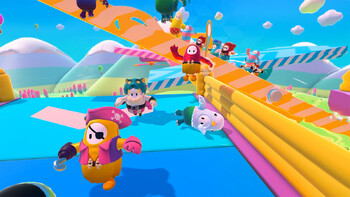 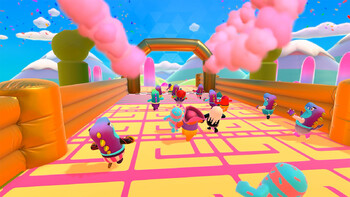 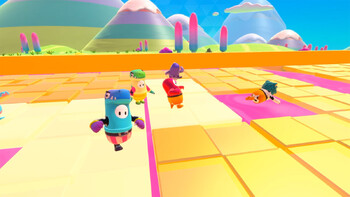 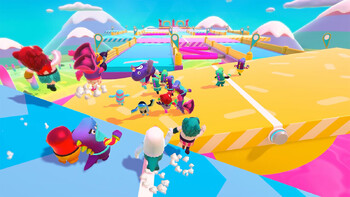 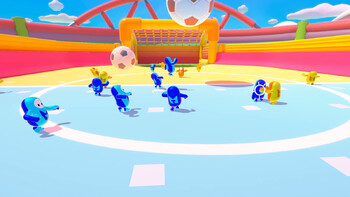 Battle bizarre obstacles, shove through unruly competitors, and overcome the unbending laws of physics to avoid both humiliation and elimination. Leave your dignity at the door and prepare for hilarious failure in your quest for the crown!

Massive Online Pandemonium: Dive into a series of ridiculous challenges and wild obstacle courses with masses of other competitors online, all with the hopes of making the cut and advancing to the next round of mayhem.

Competitive & Cooperative: Shift between brutally competitive free-for-alls and cooperative challenges where only the winning team advance to the next round!

Comically Physical: Watch in delight as your fellow competitors bend, bounce, and bash their way to hilarious, physics-based failure!

Delightfully Customizable: Fail in style with everything from fashionable pineapple couture to the latest in bunny hats available to customize your look in Fall Guys.

"Fall Guys is a masterful mix of party and prowess, held back only by lack of variety and a few lackluster games."

"Nothing else has ever paired high tension with complete silliness like this, and Fall Guys reveals we should've been doing it a long time ago"

"In a genre overstuffed with guns and grenades, this cute and cuddly battle royale stands out."