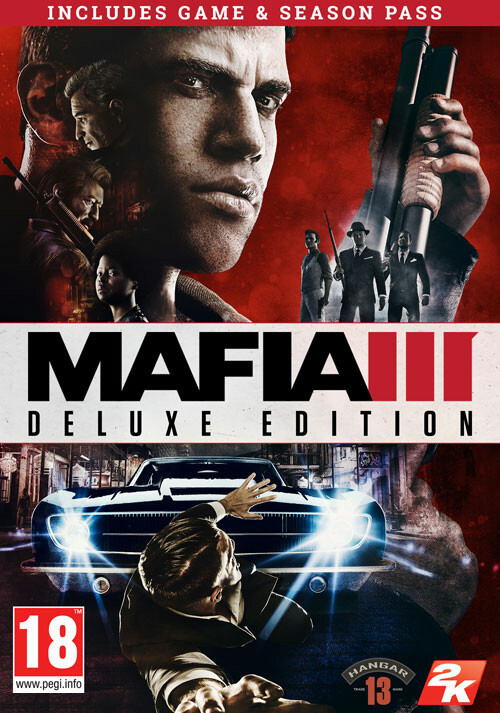 This game is region locked and will only activate in Europe, Africa and middle East (except Saudia Arabia).
FAQ: See further details on country restrictions

After years of combat in Vietnam, Lincoln Clay knows this truth: family isn’t who you’re born with, it’s who you die for. When his surrogate family, the black mob, is wiped out by the Italian Mafia, Lincoln builds a new family and blazes a path of military-grade revenge through the Mafioso responsible.

Colesy Gaming MAFIA 3 FIRST LOOK with little brother Jake
Want to see your Let’s Play at Gamesplanet?
All Let's Play info is one click away

To install and launch Mafia III Digital Deluxe Demo, you need to have the Steam application installed. Is Steam installed on this computer?