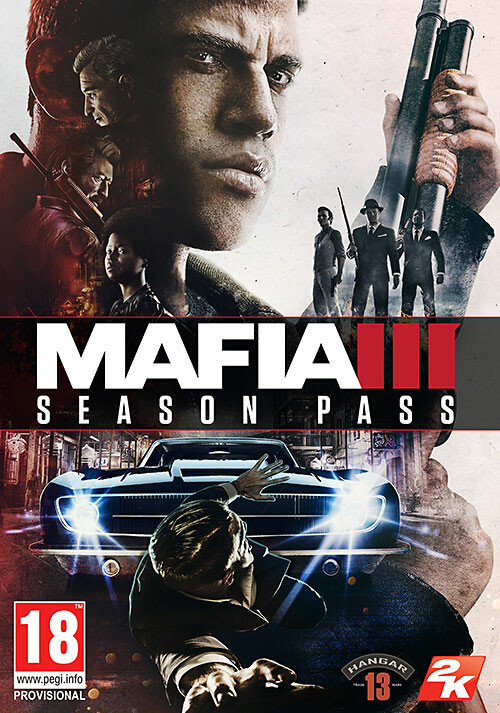 This game is region locked and will only activate in Europe, Africa and middle East (except Saudia Arabia).
FAQ: See further details on country restrictions

Get access to the next 3 chapters in the critically acclaimed Mafia III crime drama at a value price. Featuring Faster, Baby!, Stones Unturned and Sign of the Times, each delivers unique new storylines, characters and gameplay features to the world of New Bordeaux. Plus, get access to exclusive story-themed vehicles, weapons and more within each release.

Stones Unturned: When a merciless rival resurfaces in New Bordeaux, team up with CIA agent John Donovan to locate a downed cargo plane and end a blood feud that traces back to the war-torn jungles of Vietnam.

Sign of the Times: At Father James’ request, hunt down a mysterious cult responsible for string of ritualistic killings from the dark heart of the bayou through the drug-ridden counterculture of the inner city.

Owners of the Digitial Deluxe Edition don't have to buy the Season Pass or they will be charged twice for the Season Pass contents as it is already included in their version.

MRBOMBASTIC450 Mafia III Sign of the Times MAX SETTINGS on GTX 960 ...
Want to see your Let’s Play at Gamesplanet?
All Let's Play info is one click away