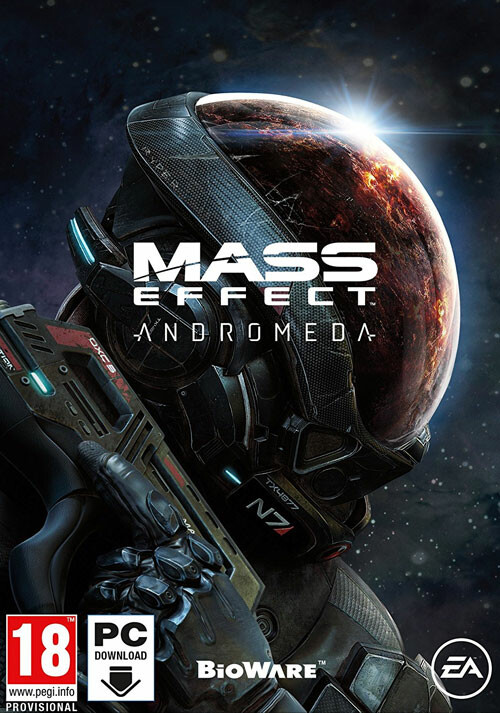 BioWare continues it's mission to update Mass Effect: Andromeda, by stamping out annoying bugs and fixing performance in some areas. Deluxe owners will also get rewarded too. While the g...

BioWare aims to address problems with Mass Effect: Andromeda, sets to tackle common problems first by releasing a patch on Thursday. It's been out a few weeks and already players are exp...

Mass Effect: Andromeda takes you to the Andromeda galaxy, far beyond the Milky Way. There, you'll lead our fight for a new home in hostile territory - where WE are the aliens.

Play as the Pathfinder - a leader of a squad of military-trained explorers - with deep progression and customisation systems. This is the story of humanity’s next chapter, and your choices throughout the game will ultimately determine our survival in the Andromeda Galaxy.

As you unfold the mysteries of the Andromeda Galaxy and the hope for humanity lies on your shoulders – You must ask yourself… How far will you go?

Be the Pathfinder. Chart your own course in a dangerous new galaxy. Unravel the mysteries of the Andromeda galaxy as you discover rich, alien worlds in the search for humanity’s new home.

Return to the Mass Effect universe you love. Lead the first humans in Andromeda on a desperate search for our new home. In this new chapter of Mass Effect, meet and recruit all-new, interesting characters caught up in an epic space saga filled with mystery and galactic conflict.

Battle like never before. New additions like destructible cover, boosted jumps for added verticality, and all-new weapons and Biotics make combat more thrilling than ever.

Play your way. Build a formidable hero with amazing weapons, powers and tech. With a much more flexible skill and weapon progression tree, you can replicate your play style to make you unstoppable against powerful alien enemies.

Join the APEX Forces. Multiplayer in Mass Effect Andromeda places you into a class-based, 4-player co-op fire-team experience. Team up with three of your friends to take on the enemy threat and protect the interests of the Andromeda Initiative

» How to activate an Origin (Direct) game
Read more: Opencritic.com

"Marred by inconsistency and in need of a polish pass, this vast new sci-fi frontier nonetheless rewards dedicated exploration."

"Mass Effect: Andromeda has the series’ signature mixture of story, characters, and combat. Though its success rate varies in each area, it still provides dozens of hours of fun"

"Mass Effect: Andromeda only occasionally recaptures the series' brilliance, but delivers a vast and fun action-RPG."

MRBOMBASTIC450 Mass Effect Andromeda High Settings on GTX 960 / FX ...
Want to see your Let’s Play at Gamesplanet?
All Let's Play info is one click away