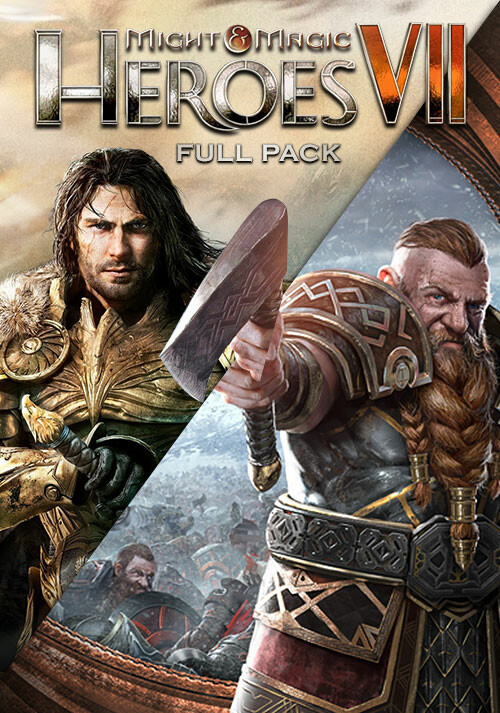 Add Might & Magic Heroes VII - Full Pack to your wishlist

This game is subject to regional activation restrictions. It will ONLY activate from: Europe, Oceania, Middle-East, Africa, Japan & South Korea.

Might & Magic Heroes VII has made a triumphant return bringing you the essence of turn based strategy gaming.

This Might & Magic Heroes VII Pack will allow you to master the whole Heroes VII universe, with dozens of gameplay hours and maps, hundreds of heroes, all of this set in a high fantasy universe with RPG progression and strong story narrative, you will embark in a journey you will never forget!

The story of Heroes VII depicts the civil war that changed the ruling dynasty of the Holy Empire. The Empress’ murder has left an empty throne, a realm in flames and too many hungry rivals intend on claiming it. The Duke Ivan calls together a prestigious council of six trusted advisors in search of a viable path for putting an end to this war of succession. Discover a new fantasy story :

In Trial By Fire, five years after the epic events of Might & Magic Heroes VII, you will lead the new Fortress faction to define the destiny of the Dwarves and shed light on some of the darkest chapters of their history. Set in a fantasy universe with RPG progression and a strong story narrative, Trial by Fire is an ideal way for newcomers and existing fans to enjoy the authentic Might & Magic Heroes experience and many new features :

The following extensions bring the players in new worlds with new factions, powers and stories. In The Lost Tales of Axeoth you can discover Iranese, one of the continents of Axeoth, where the campaigns of Heroes IV took place.