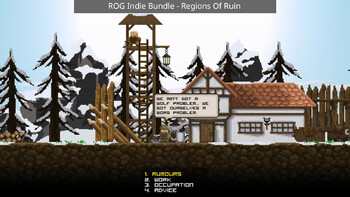 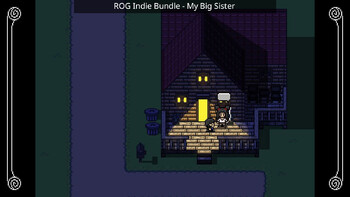 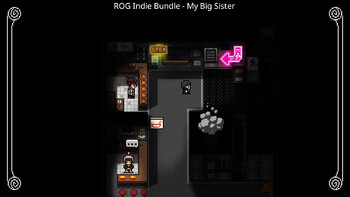 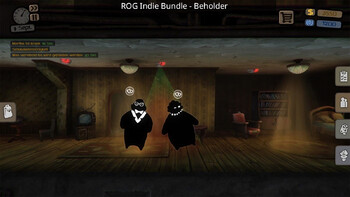 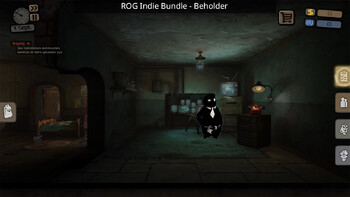 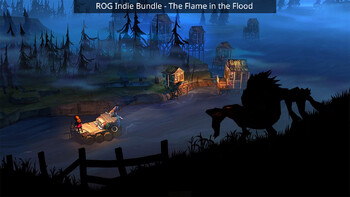 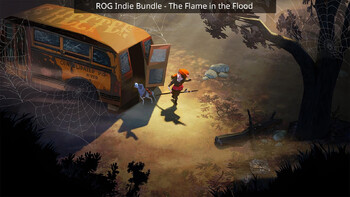 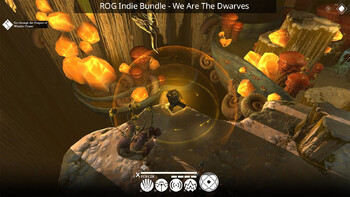 The first Indie Bundle from ASUS Republic of Gamers and Gamesplanet. 5 games that guarantee hours of fun! Included are:

The Flame in the Flood

A rogue-lite river journey through the backwaters of a forgotten post-societal America. Forage, craft, evade predators. From the Art Director of BioShock and a team of veterans of the BioShock, Halo, Guitar Hero and Rock Band series comes The Flame in the Flood.
» The Flame in the Flood «

We Are The Dwarves

The Dwarven stars are slowly dying-- putting the race at the edge of extinction. Deliverance is poised upon three Dwarven astronauts who are sent on an expedition to find a new star in the depths of the Endless Stone. Take control of Forcer, Smashfist, and Shadow as they explore the unknown territories of the stone universe while meeting new civilizations and ancient monsters from the deep layers of space. » We Are the Dwarves «

Welcome to a grim dystopian future. A totalitarian State controls every aspect of private and public life. Laws are oppressive. Surveillance is total. Privacy is dead. But FREEDOM lives...
» Beholder «

Ever wonder what would happen if Kingdom met a broad, skill based open world RPG? Welcome to Regions of Ruin, a 2D side-scrolling RPG with town-building where you are introduced to an open world that progressively challenges your hero and settlement the further you delve into the vast continent. » Regions of Ruin «

Luzia is a typical eight year...*Cough, a 12-year-old girl with a very sarcastic and playful attitude. Her story takes place on an unfortunate night where everything she has ever known, takes a turn for the worst. Her older sister Sombria has suffered an adverse fate as she and Luzia try to return "Home". Is she a ghost, a guardian, a walking corpse or still alive? Oh! I've said too much...or have I? » My Big Sister «