In Battlestar Galactica Deadlock™ you’ll take command of the Colonial Fleet in defense of the Twelve Colonies during the First Cylon War. Lead many different types of ships in this 3D tactical game. Every decision counts, your strategy will be vital – can you ensure mankind’s survival?

Take on the Cylons once again as a new chapter in the Battlestar Galactica Deadlock story begins on March 19th when the Sin and Sacrifice DLC launches. In this new DLC players will take on a new story campaign with 11 missions that are set after the events of the original game and Operation Anabasis as they tackle the First Cylon War.

Players will face their toughest challenge yet as they take on the powerful IL-series commander Lachesis, who has awakened and nothing will ever be the same again. The DLC will also add in new radio chatter with over 1100 recordings as as well as 2 brand new ships to pilot with the Colonial Heracles - Heavy Gunship and Cylon Gorgon – Squadron Support making an appearance. 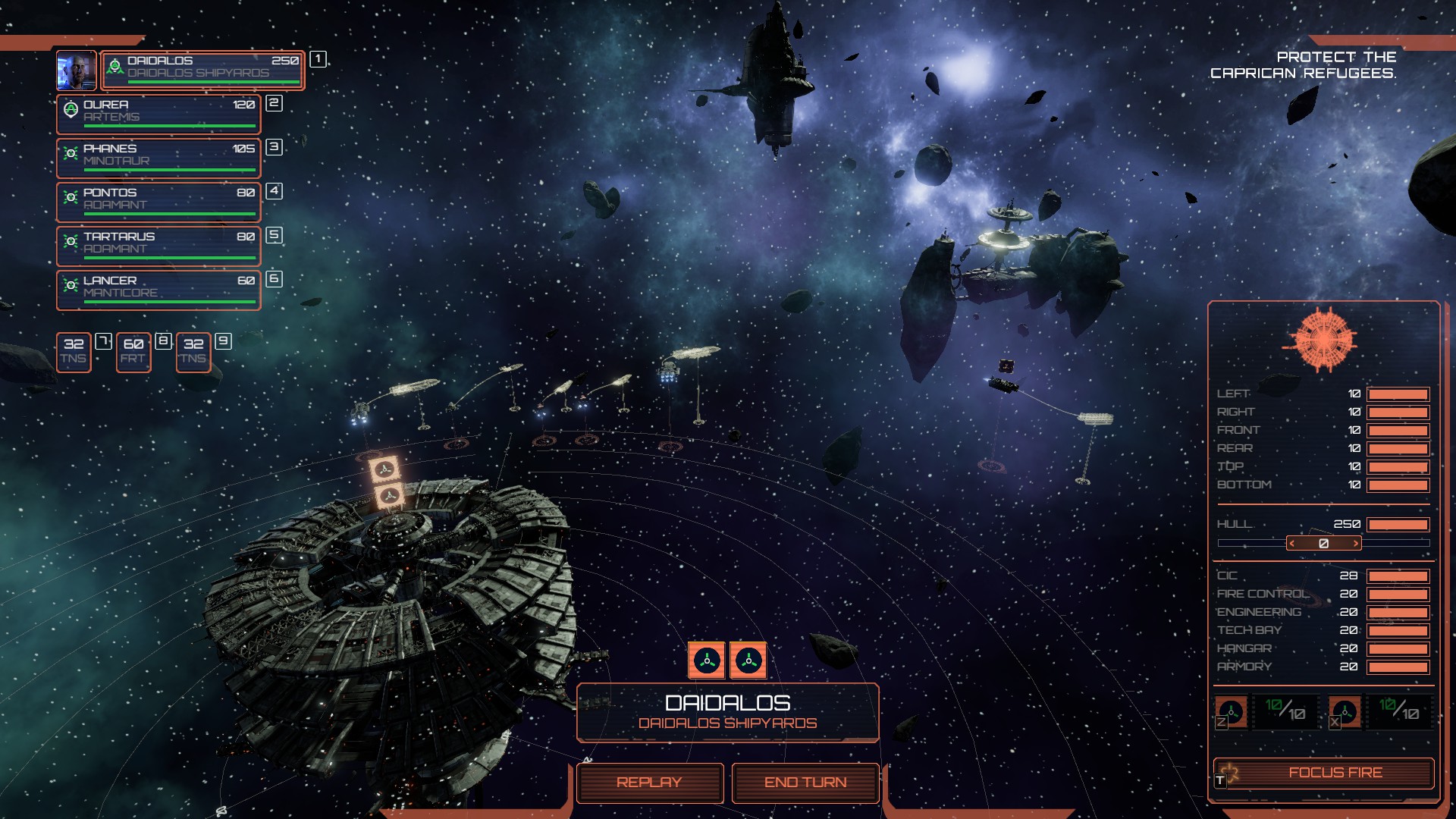 A brand-new story campaign with 11 story missions set after the original Deadlock campaign and Operation Anabasis. Loyalties will be questioned. Resolves will be tested. And for Lucinda Cain, Admiral of Colonial Fleet, not all threats come from outside. Sin and Sacrifice writes new pages in the lore of the Battlestar Galactica universe and tells the story of one of the most critical junctures of the First Cylon war.

Colonial Heracles - Heavy Gunship
An Imperial Wars era gunship of Leonid descent. The Heracles is a heavy warship that emphasizes power over finesse. Where it isn’t covered in layers of armor plating, it’s lined with point defense turrets capable of sustaining high volume flak fields. Its spine is lined with heavy artillery and features a set of “doorkickers” at its fore for direct head-to-head assaults. The Heracles brings a heavy toolset of firepower to level any battle field.
Cylon Gorgon – Squadron Support
A mobile support carrier with advanced squadron repair and support functions. The Gorgon is an advanced repair platform that enables rapid turnaround repairs for squadrons from any ship in the fleet. Complex comm arrays house a sophisticated Machine Learning Matrix, which tracks the risk profile of a single squadron, and dynamically updates the squadron’s evasive programming in response to threats. A sophisticated support ship perfect for Cylon squadron tactics. 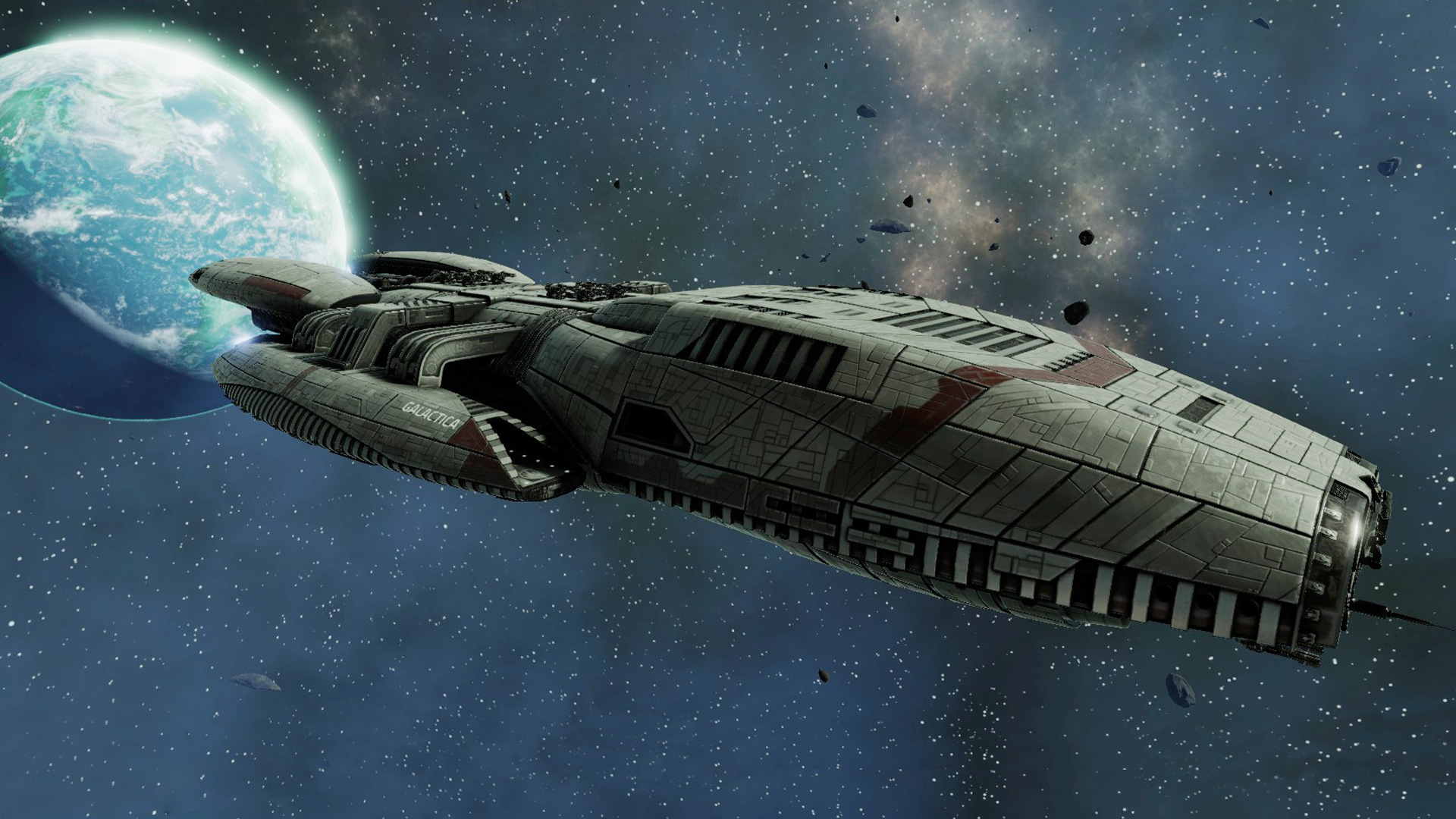 Battlestar Galactica Deadlock: Sin and Sacrifice launches on March 19th. Don't own the game yet? You can save up to 70% off the game and various DLC this week with our Slitherine Games Sale, which runs until March 4th at 9am GMT / 1am PST!