Moze shows everyone she means business in a brand new gameplay trailer for Borderlands 3, ahead of the September 13th 2019 launch. Best known as "Moze the Gunner", she always has backup available thanks to her giant "Iron Bear" mech, which packs some serious firepower. Once a former Vladof soldier who is now going in search of vaults as a Vault Hunter. Not content with just one action skill, Moze has the ability to have multiple action skills available to her. She can equip multiple weapons on her Mech and customise them to her needs. Want 2 large rocket launchers for ultra damage? Add one to each arm and let the rockets fly! 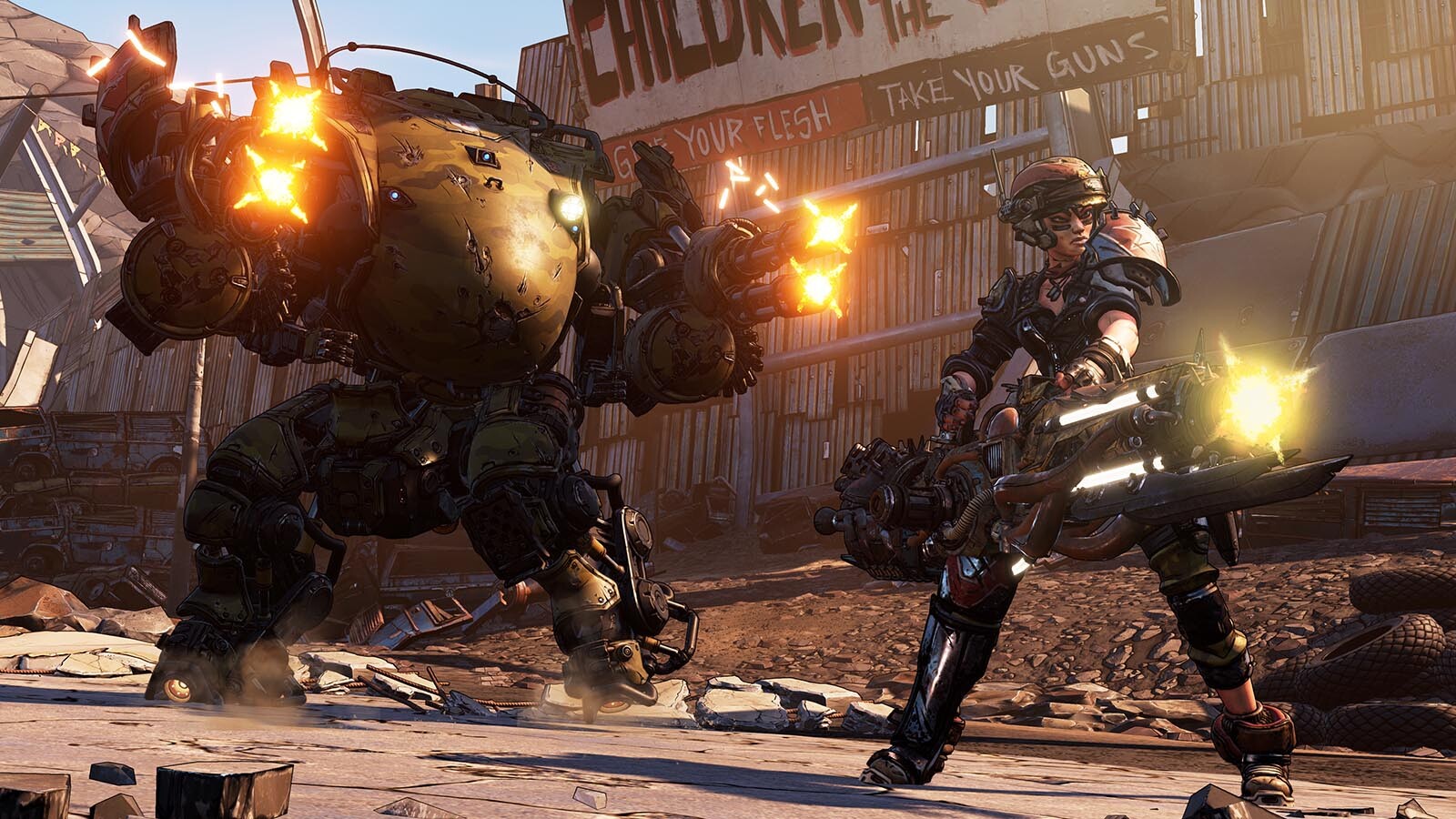