In another guide we have already shown you how to track down the Woods Operator Package in Modern Warfare and Warzone. Now the contents of the Confrontation Weapons Pack in Call of Duty: Black Ops Cold War can also be equipped for the release. We'll tell you which requirements you need to meet and where the two rifles are hidden.

We will also tell you where owners of the Ultimate Edition of COD BO Cold War can find the contents of the land, sea and air package.

In COD BO Cold War you must first play a few rounds to reach level 4. Only then can you access the create a class editor in the equipment menu.

Iron Curtain Weapon Building Plan
For example, select "Create Class 1" in the class editor, click on your primary weapon there and select the AK-47 from the assault rifles under "Assault Rifle Bravo". In the blueprints you have access to the modified AK-47 called "Iron Curtain". This is the first weapon blueprint from the confrontation weapon package. 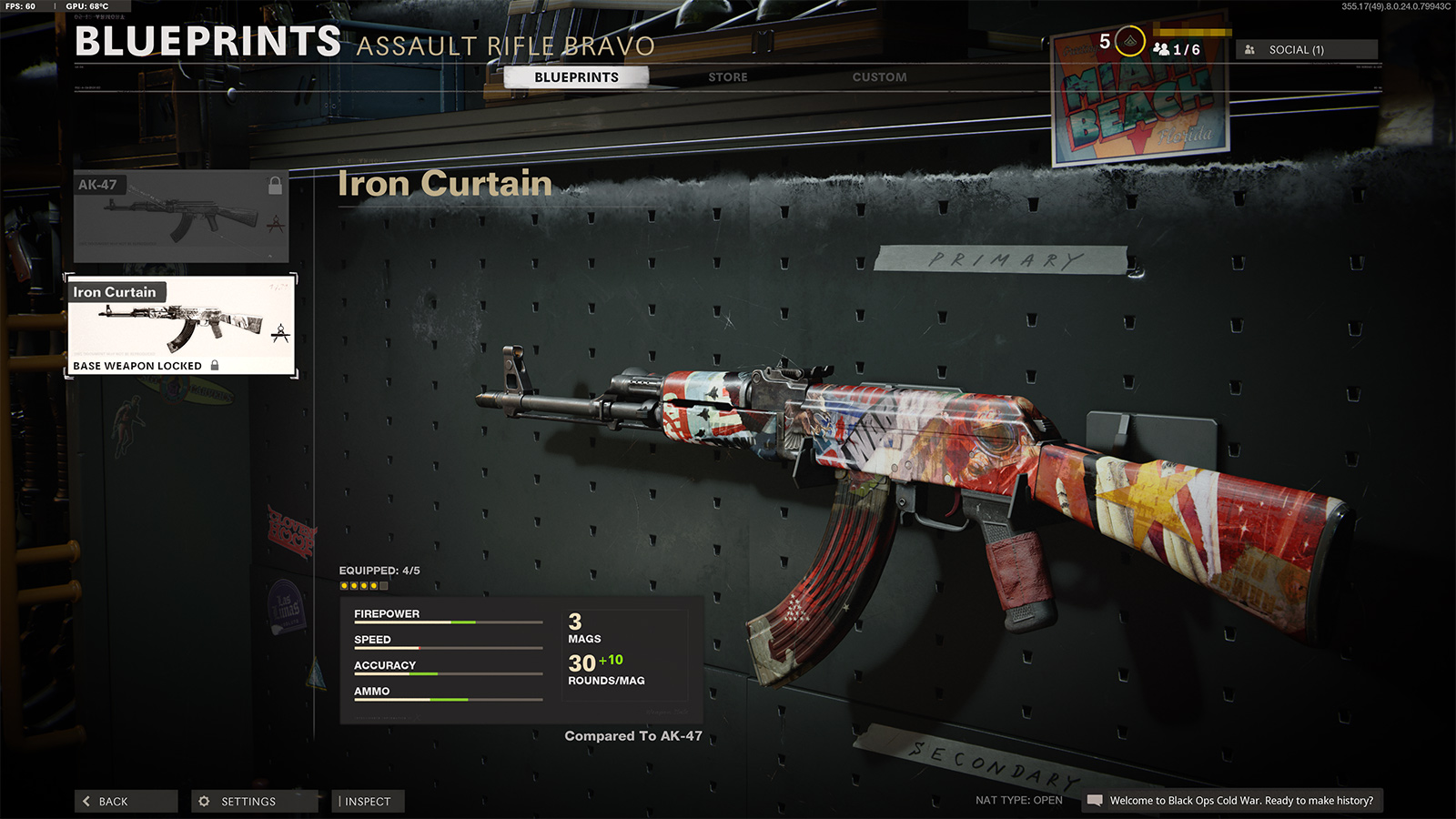 Weapons blueprint "Western Front "
The second weapon, called the "Western Front", must also be assigned to your equipment set in the Create a Class. Click on your primary weapon then on the "Tactical Rifles" tab. In the sub-menu "Tactic Rifle Bravo" you will find the Western Front blueprint. 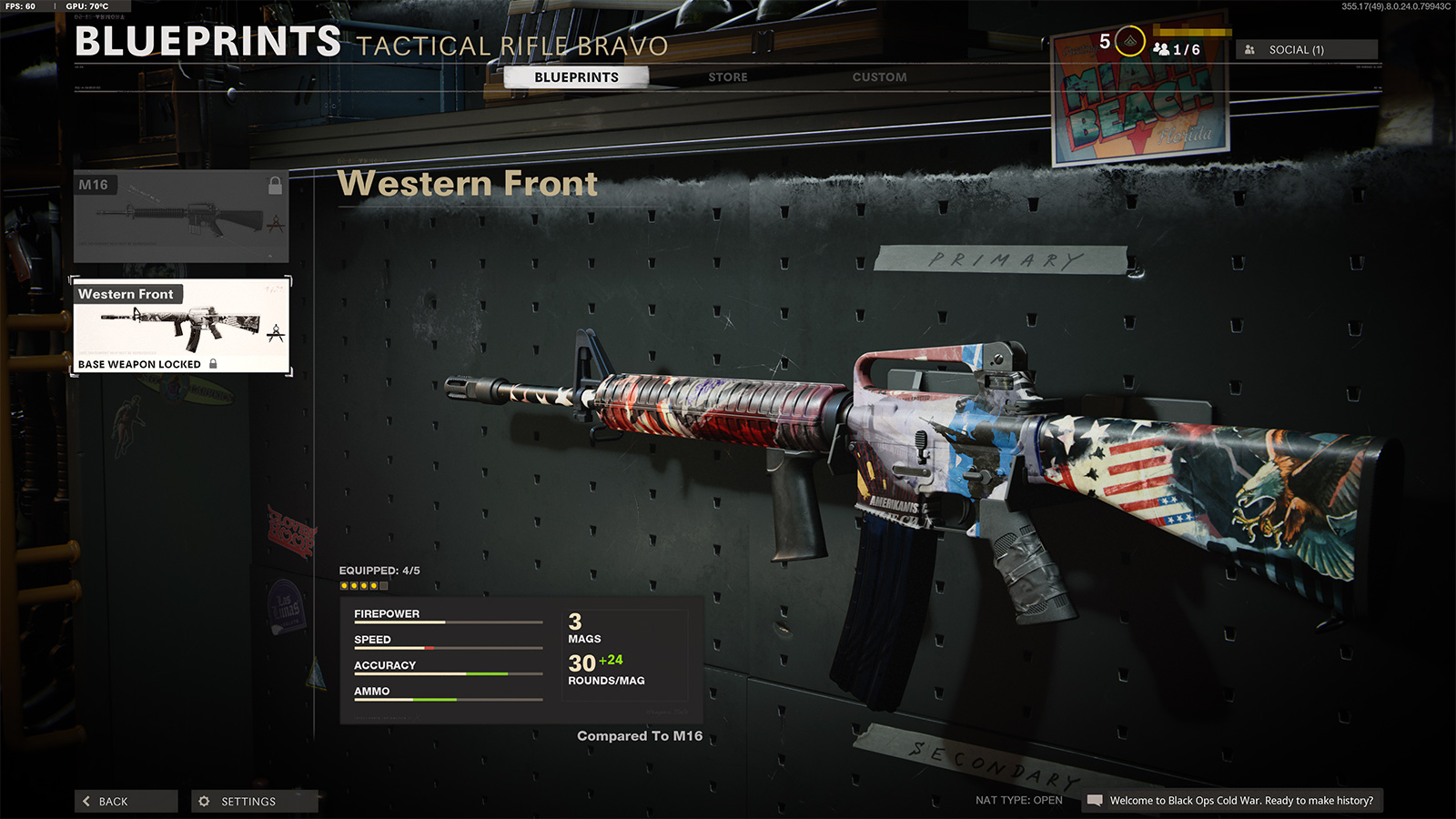 Ultimate Edition: Extras from the Land, Sea and Air package

The Ultimate Edition of Call of Duty: Black Ops Cold War has the land, sea and air package ready for you. Included are three theme packs with a total of three operator skins, three vehicle skins and three weapon blueprints.

Operator skins from the Ultimate package
In any of the multiplayer modes, select the Operator menu and switch to NATO Operators. In the third place from the left, you will find Operator Baker. Move the mouse pointer over Baker, press the "X" key and put the Navy Seal sniper in one of the three outfits from the land, sea and air package: US tanker, nosedive and deep dive are in the wardrobe for owners of the Ultimate Edition. 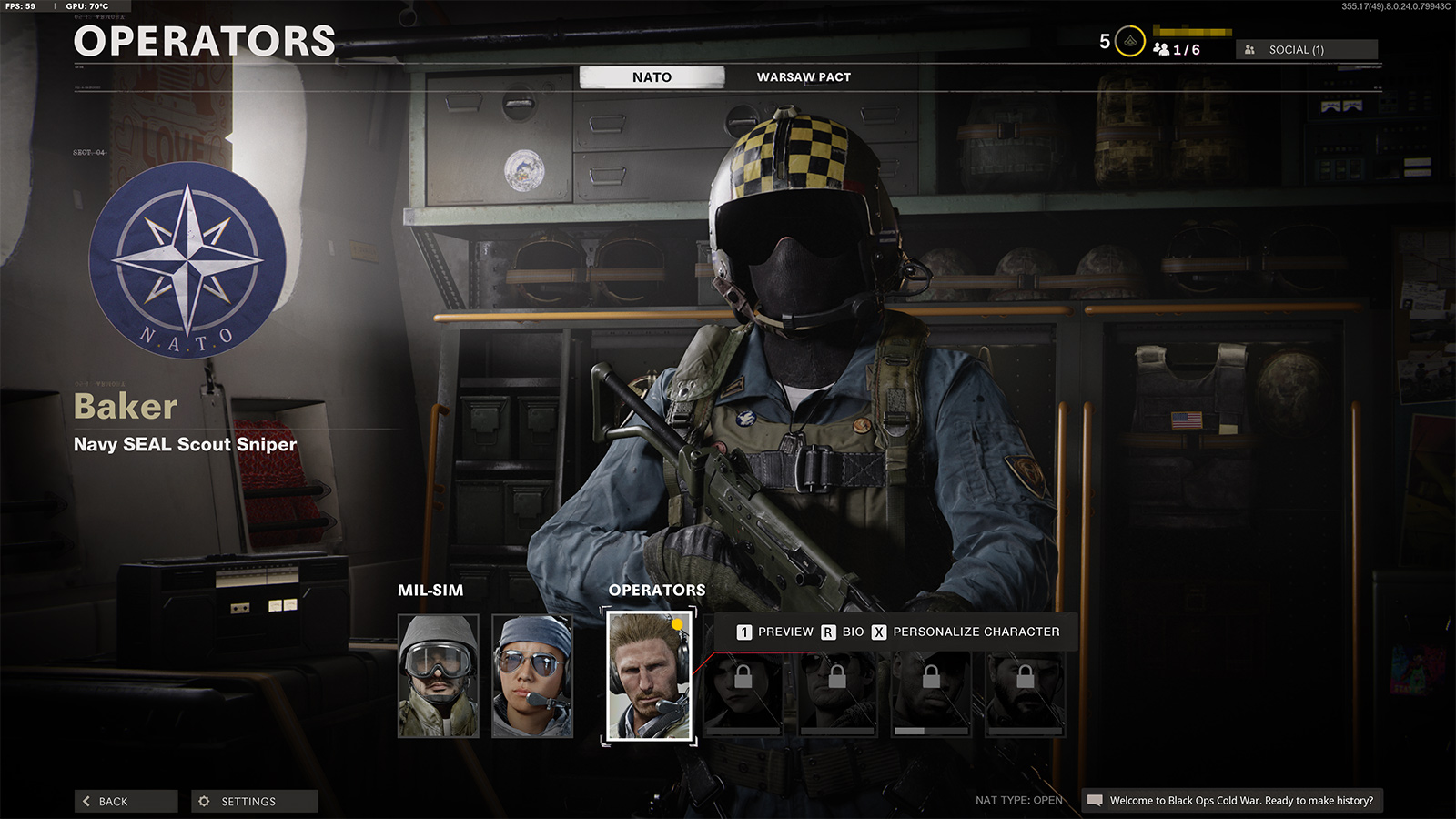 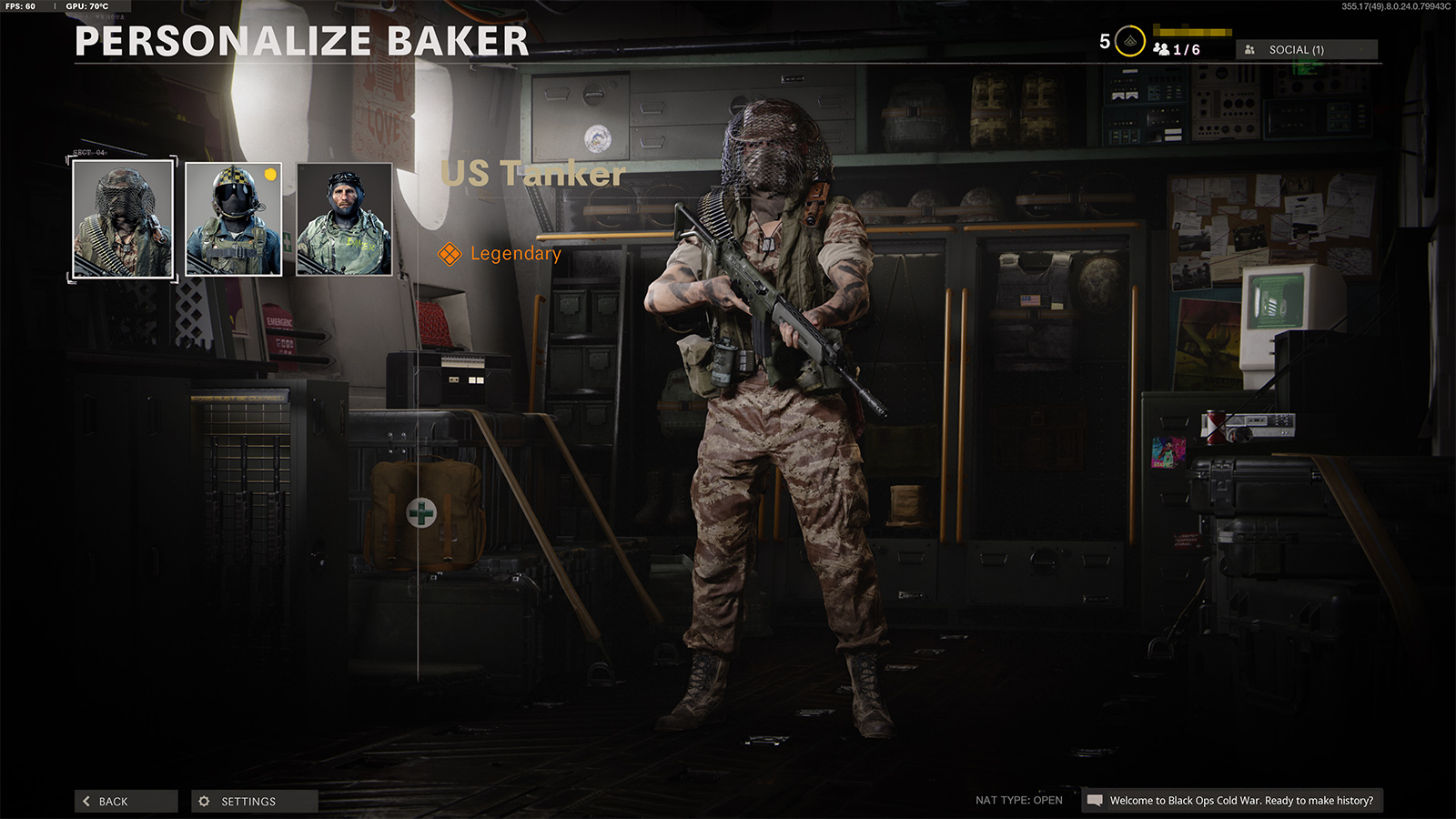 Weapons plans from the Ultimate Package
To select weapon blueprints you must first reach level 4, so that Cold War will give you access to the Create a Class in the equipment menu. There you can customise an equipment set, click on the secondary weapon and find the weapon blueprint "Sucker Punch" under the shotguns (Shotgun Alpha).

"Black Tide" is an XM4 weapon from the Sea package. Select your primary weapon and equip Black Tide in the XM4 submenu of the assault rifles (Assault Rifle Alpha).

The Air package has a nice pistol for you. You will find the eye-catching "Wingman" weapon in the pistols section under the secondary weapons (Pistol Alpha). 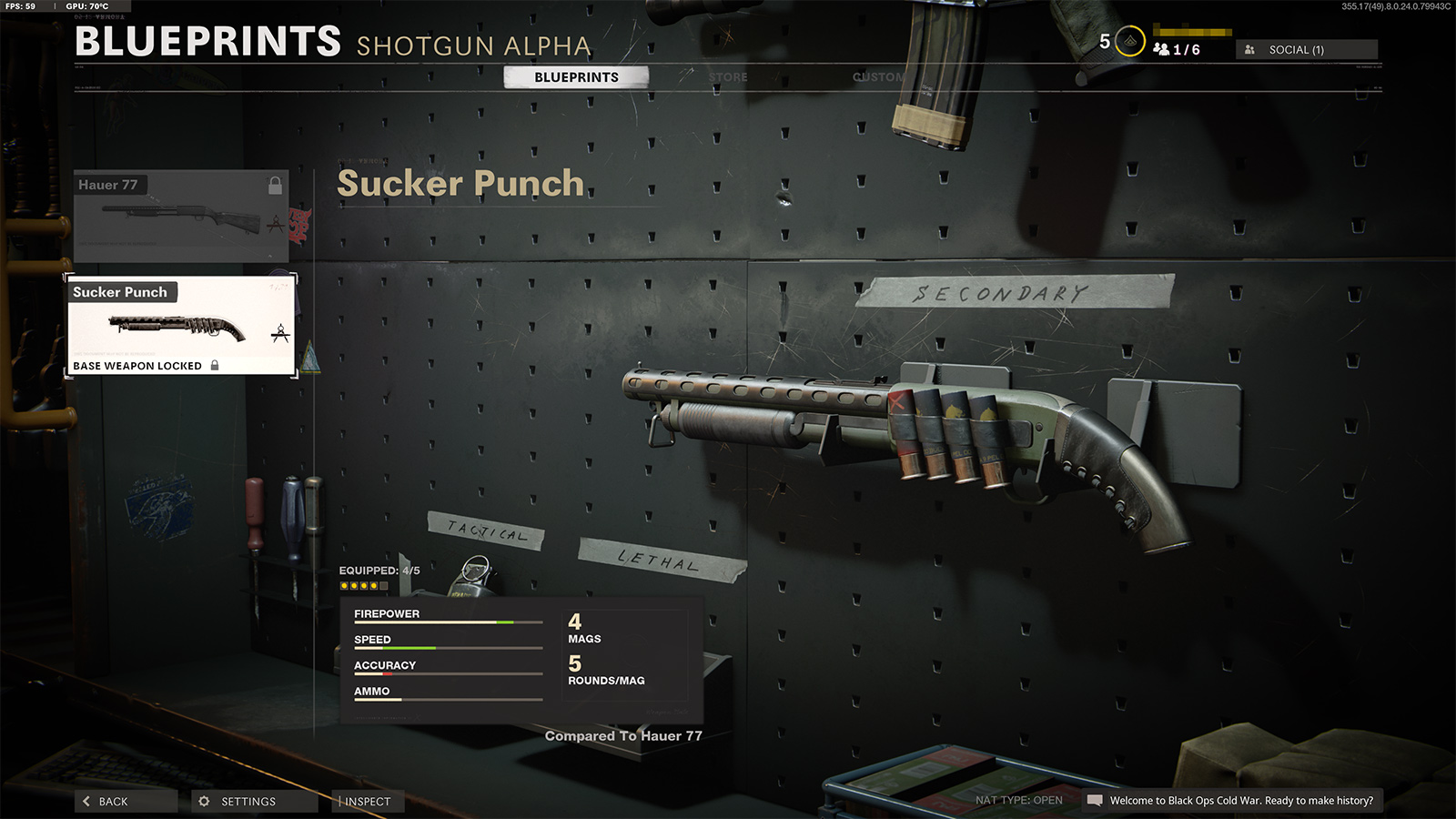 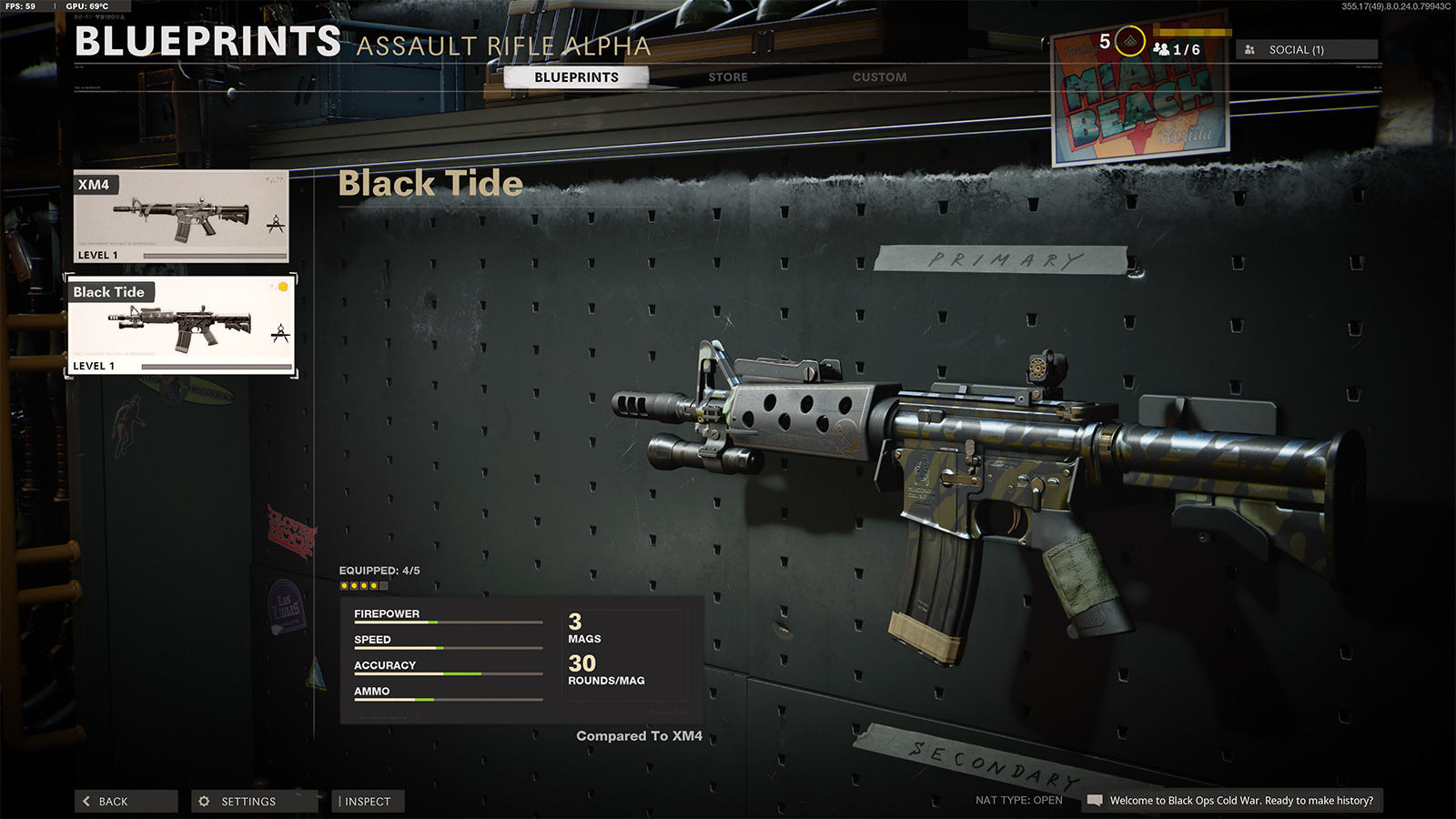 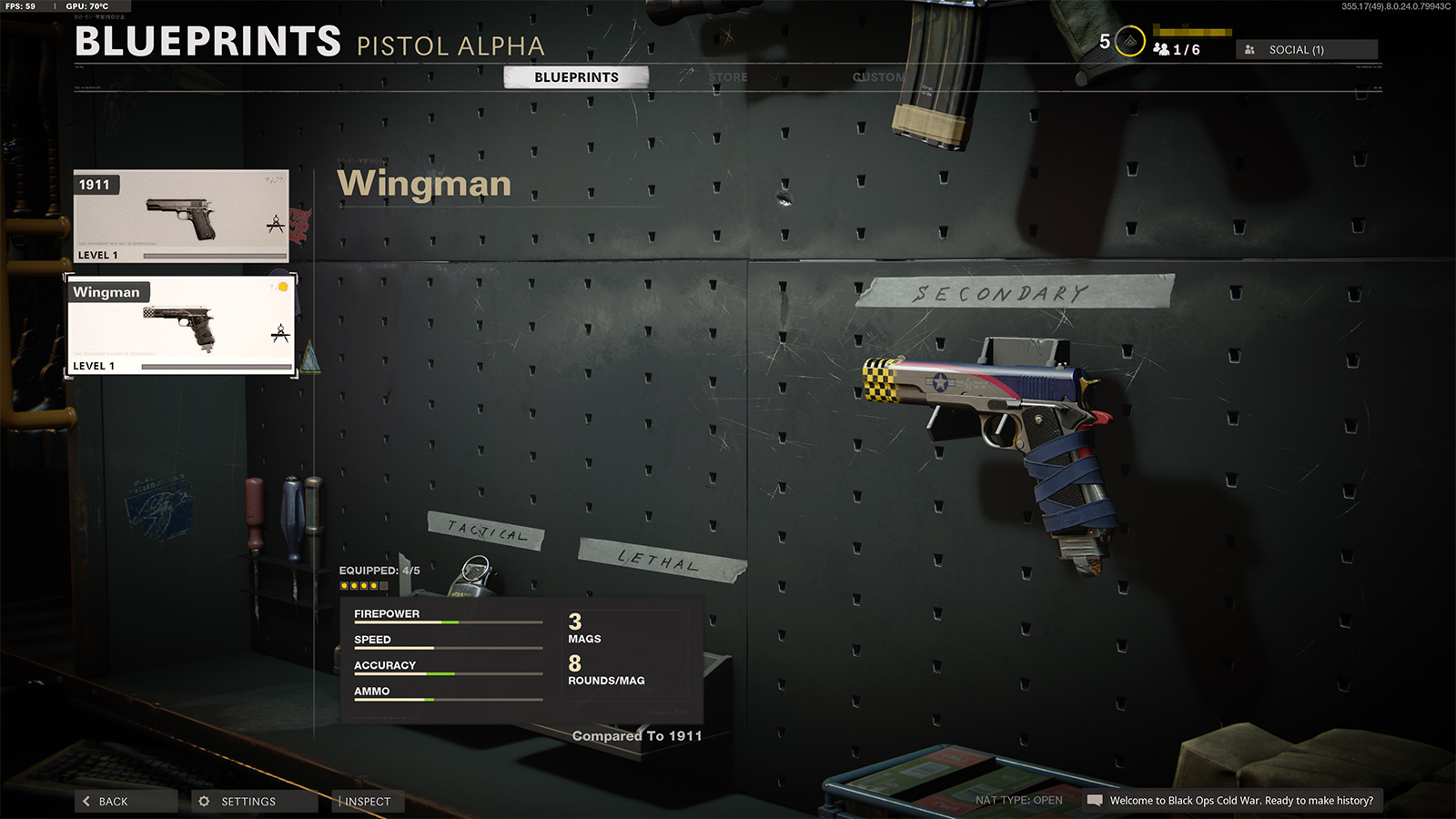 Vehicle skins from the Ultimate package
True to the motto "Our tank should become more beautiful", the Ultimate Edition includes three beautiful skins, including the "Red Bear" paint for your tank. Click on the vehicle customisations in the equipment menu and select Red Bear in the T-72 submenu.

Your boat will also look much prettier with new paint. For the skin "Leviathan" you need to switch to the vehicle customisations via the equipment menu and select Leviathan in the submenu for the gunboats.

The last of the three skins makes your helicopter pretty. In the car customisations, select the Hinds sub-menu and find the skin called "Death Dealer". 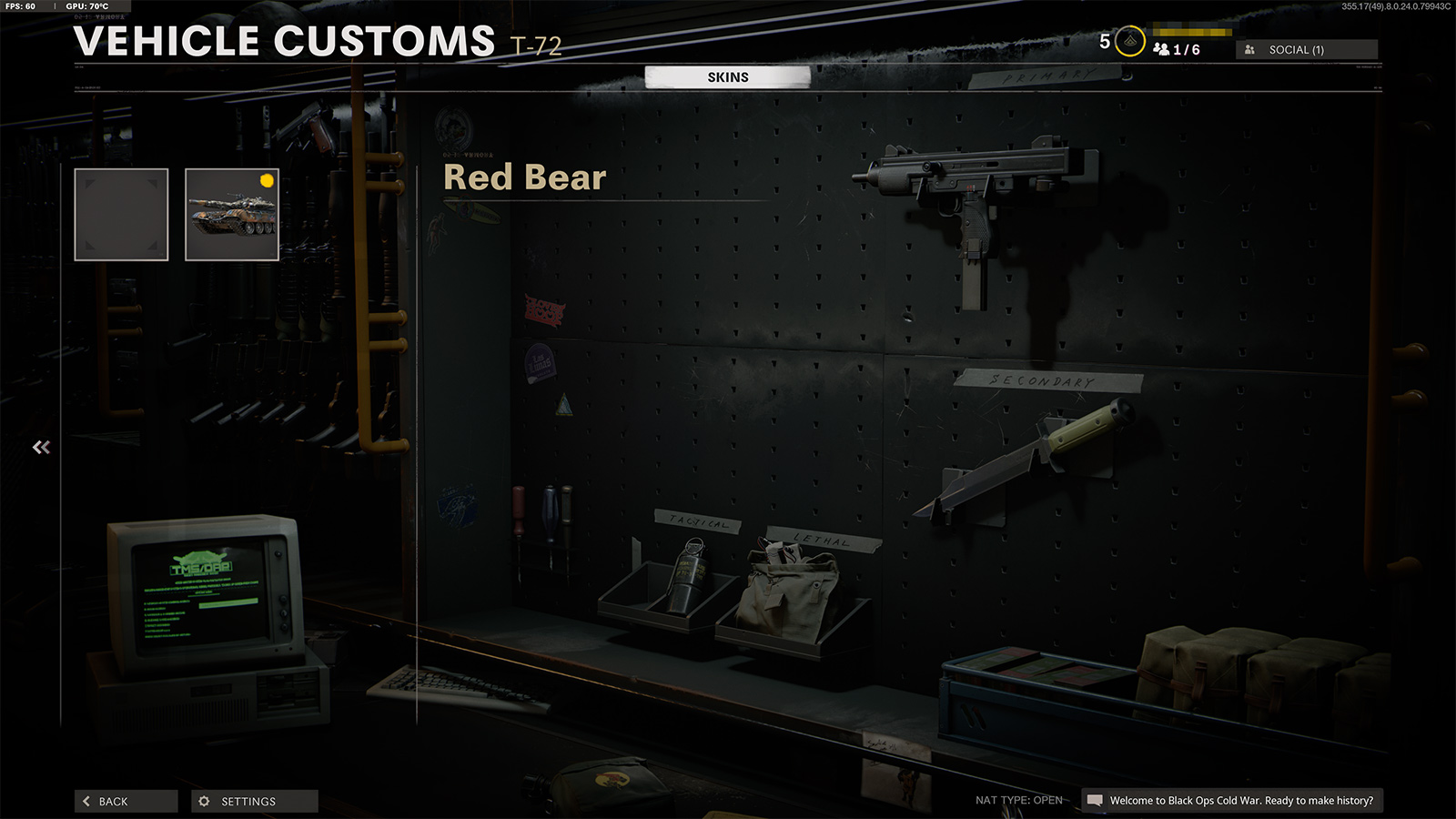 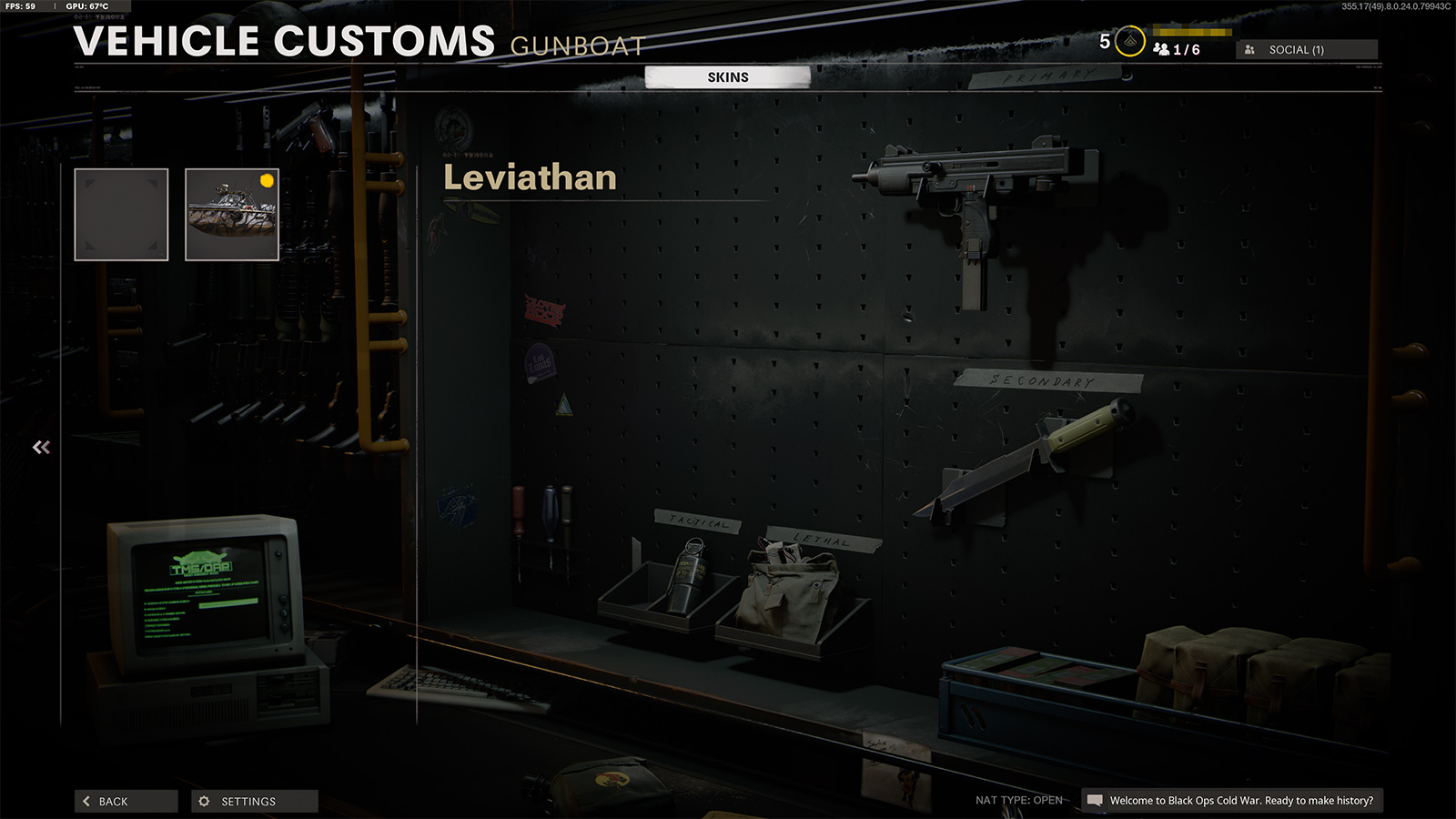 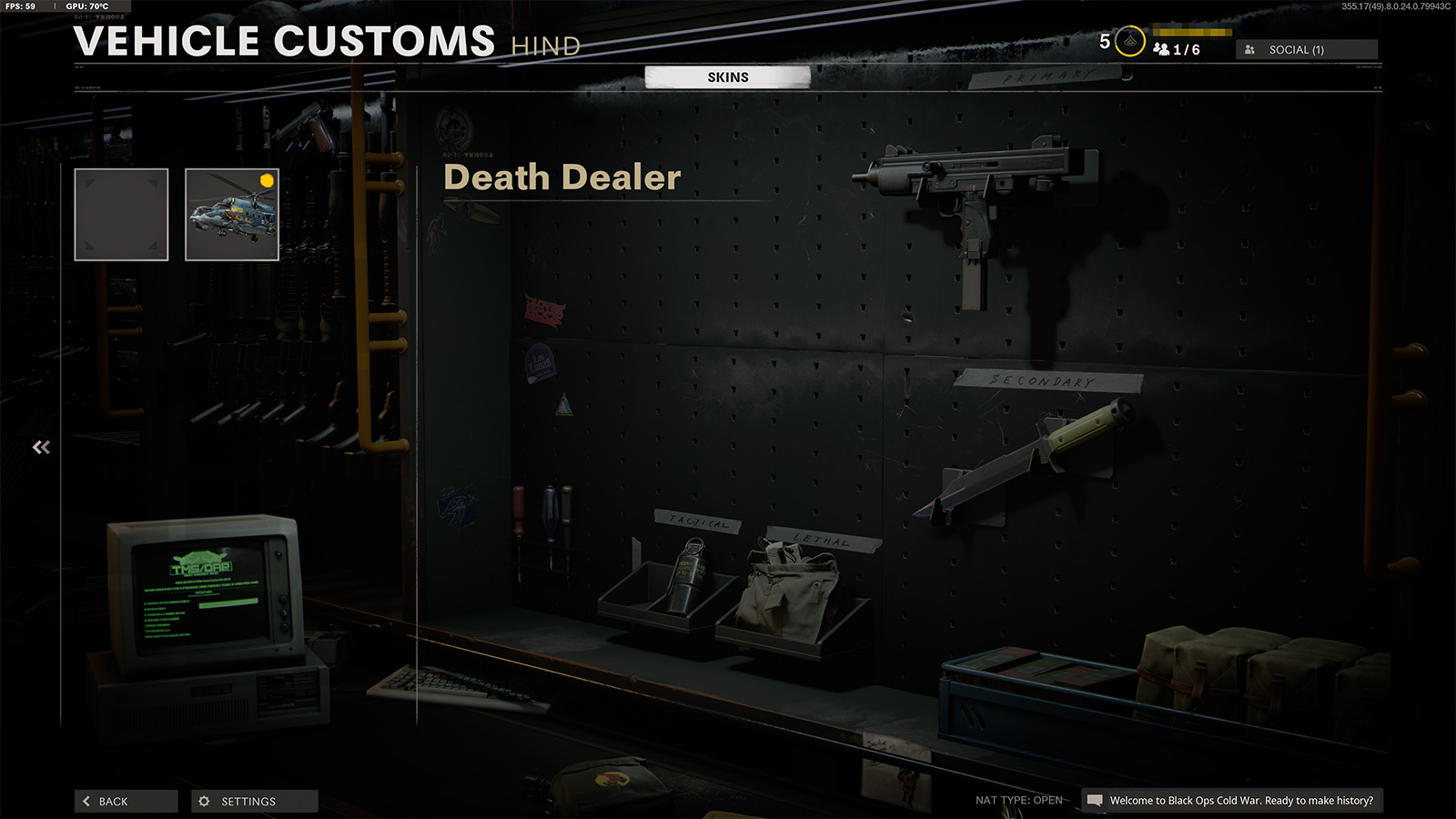 The Ultimate Edition of Call of Duty: Black Ops Cold War also includes the Battle Pass bundle (Battle Pass Season 1 and 20 level skips). Please note that you will have to wait for the release of the first Battle Pass in Cold War. Battle Pass content can be redeemed for one Battle Pass season.