Captain Tsubasa: Rise of New Champions is an arcade football game bringing a refreshing look to the football genre with the exhilarating action and over the top shots.

Score a goal later this month when Captain Tsubasa: Rise of New Champions launches on August 28th. Not only can you enjoy 2 fantastic story modes, but players will be able to battle it out among each other with up to 4 player multiplayer matches that can be played online or offline.

In this brand new trailer from publisher Bandai Namco we get a taste of the football action that awaits those looking to take to the pitch and compete together. Face off in 1v1 battles or up the stakes in 2v2 matches to see who the best player is. 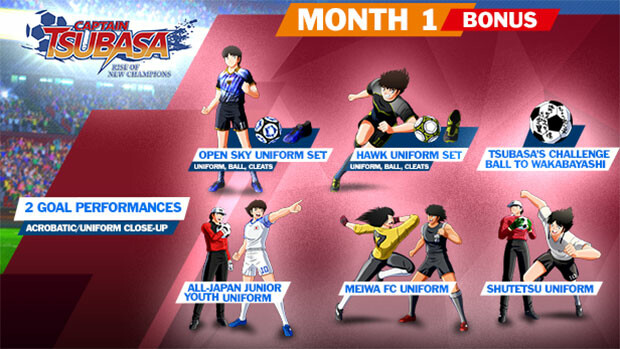 Captain Tsubasa: Rise of New Champions launches on August 28th. Pre-order or buy the game (within 30 days after launch) to get the following content: