A 4X real-time strategy game from the developers of the critically acclaimed Northgard. Set in Frank Herbert’s groundbreaking Dune universe, you must lead your faction and battle for control and dominance over the harsh desert planet of Arrakis.

Head back to the sand with Dune: Spice Wars, which has received a brand new Multiplayer update today. Developer Shiro and publisher Funcom may have only released the game in Early Access 2 months ago, but it's already been quite a popular hit among critics and fans alike. There's no sign of the things slowing down as today's update shows.

Whether you want to play Co-op with other players against AI, or you prefer battling others the game now features a robust system for both parties. The update also includes a number of new events, regions, building illustrations and more, as well as balance adjustments. See the patch notes below for the full list of new features: 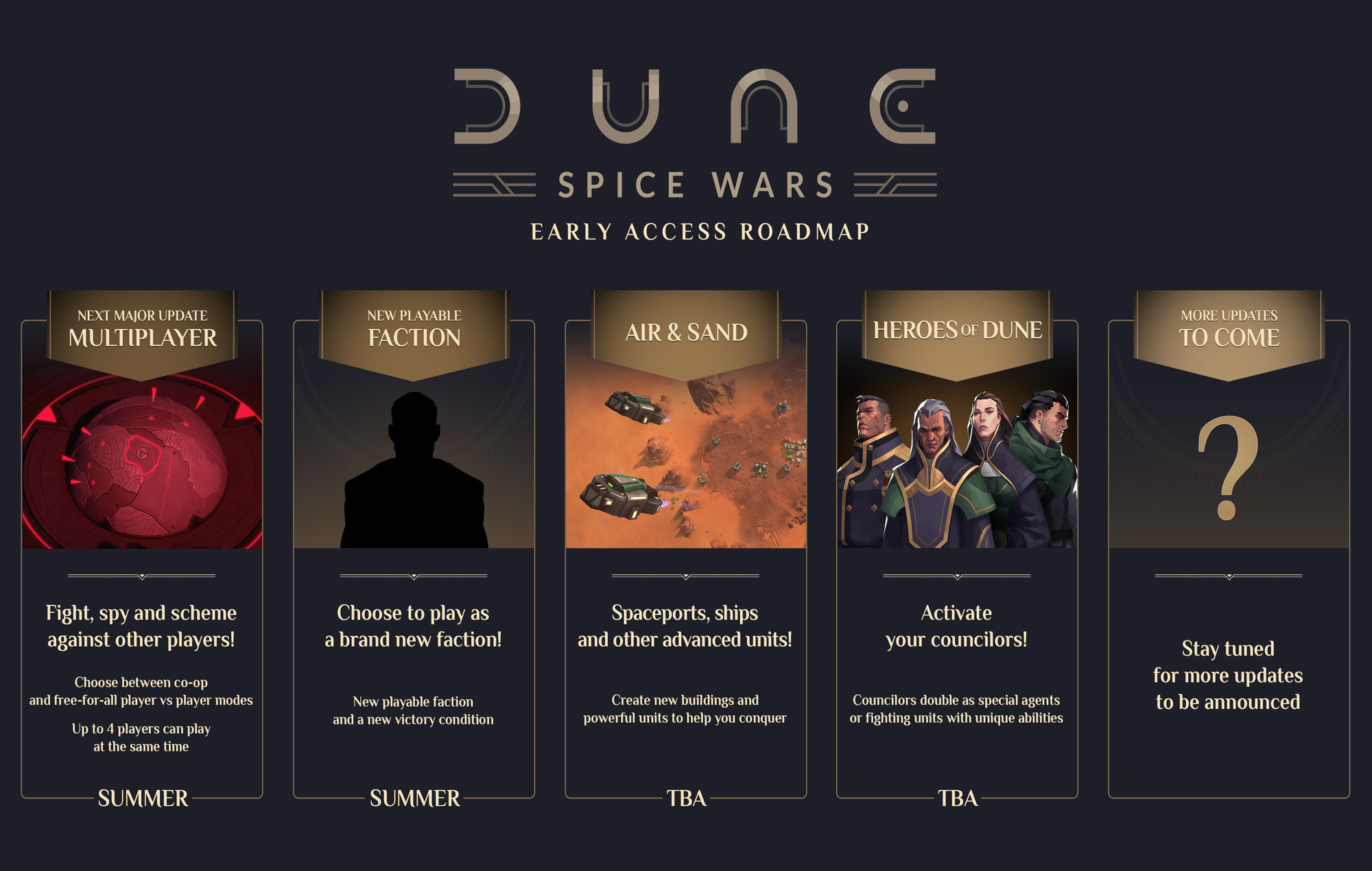 The Multiplayer update is only the start of things to come, as developer Shiro plans to add even more content throughout the Early Access period, with the next planned update to feature a brand new playable Faction. After that we can expect spaceports, councilors and more to arrive in the future.