Get ready to storm the front!

The final open beta for the upcoming PVP multiplayer title For Honor will be arriving on Thursday 9th February and players can get a chance to try it out if they haven't previously been invited into one of the closed beta tests. No word on when the servers go live, the closed beta went live around 2pm GMT so expect something simliar to happen.

Just load up your Uplay client and look for "For Honor - Open Beta" in your Library. Click on this and you'll notice a blue button that says "Preload", hitting that will begin the download (note you'll need at least 18.68 gigs of HDD space to download). 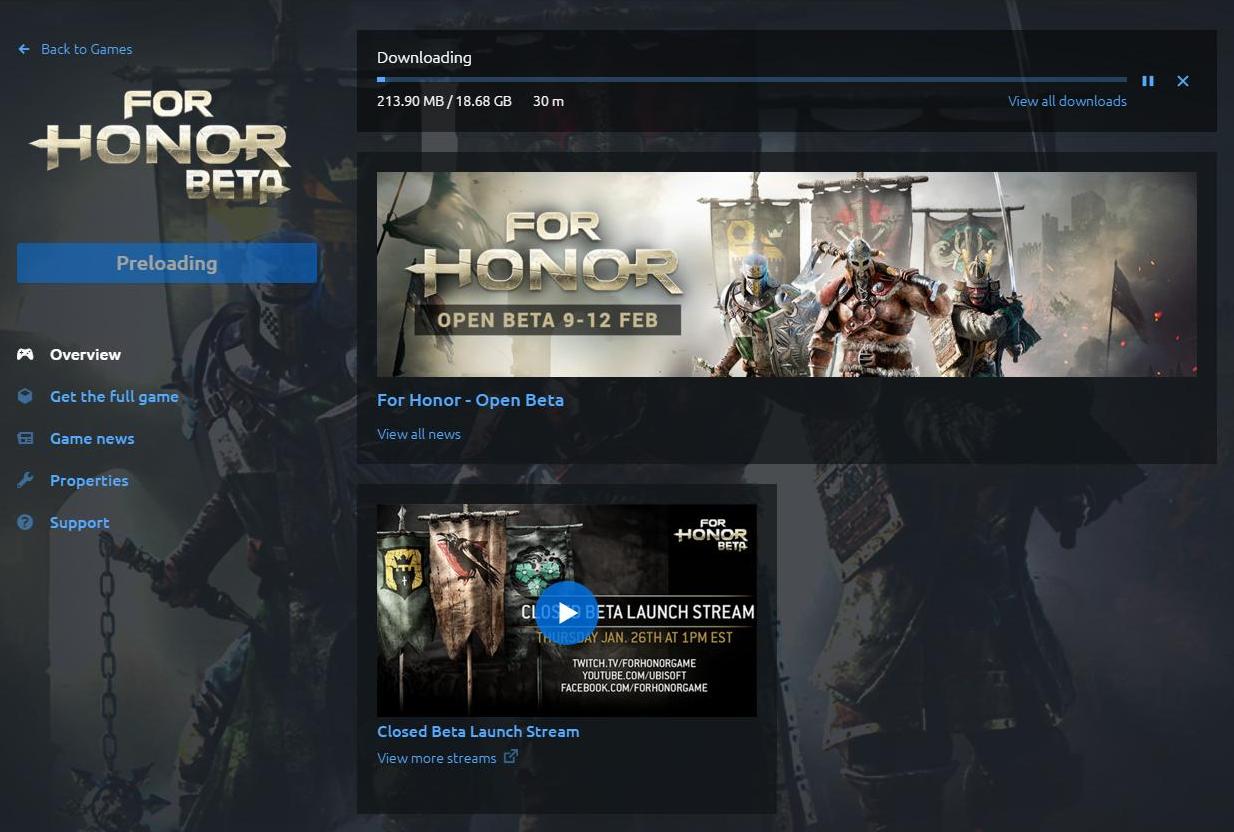 The open beta, which runs from Feb 9th - Feb 12th will allow players to try out the new Elimination mode – a best-of-five series of four-on-four matches with no respawns – as well as the Dominion, Brawl, and Duel modes that were in previous beta events. You can even continue the War of the Factions event that pits your faction against another. 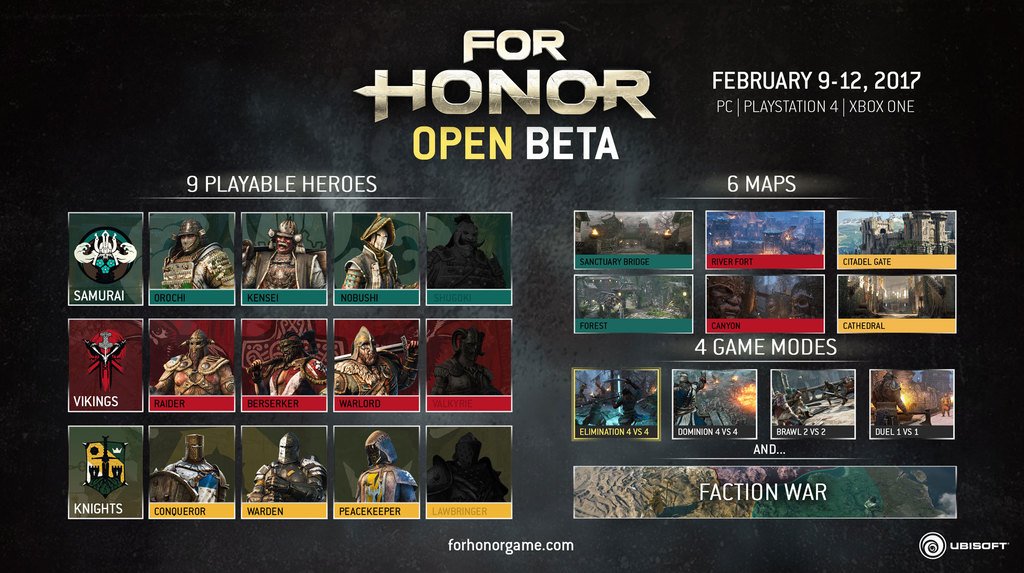 For Honor will be released next Tuesday (February 14th), you can pre-order today to get the Legacy Battle Pack for free!