Engage in a core roleplaying experience, and forge the destiny of a new world seeping with magic, and filled with riches, lost secrets, and fantastic creatures. With diplomacy, deception and force, become part of a living, evolving world - influence its course and shape your story.

Go in search of Adventure with the Action RPG GreedFall, which is now available. See what the critics are saying with our review round up to help you decide. 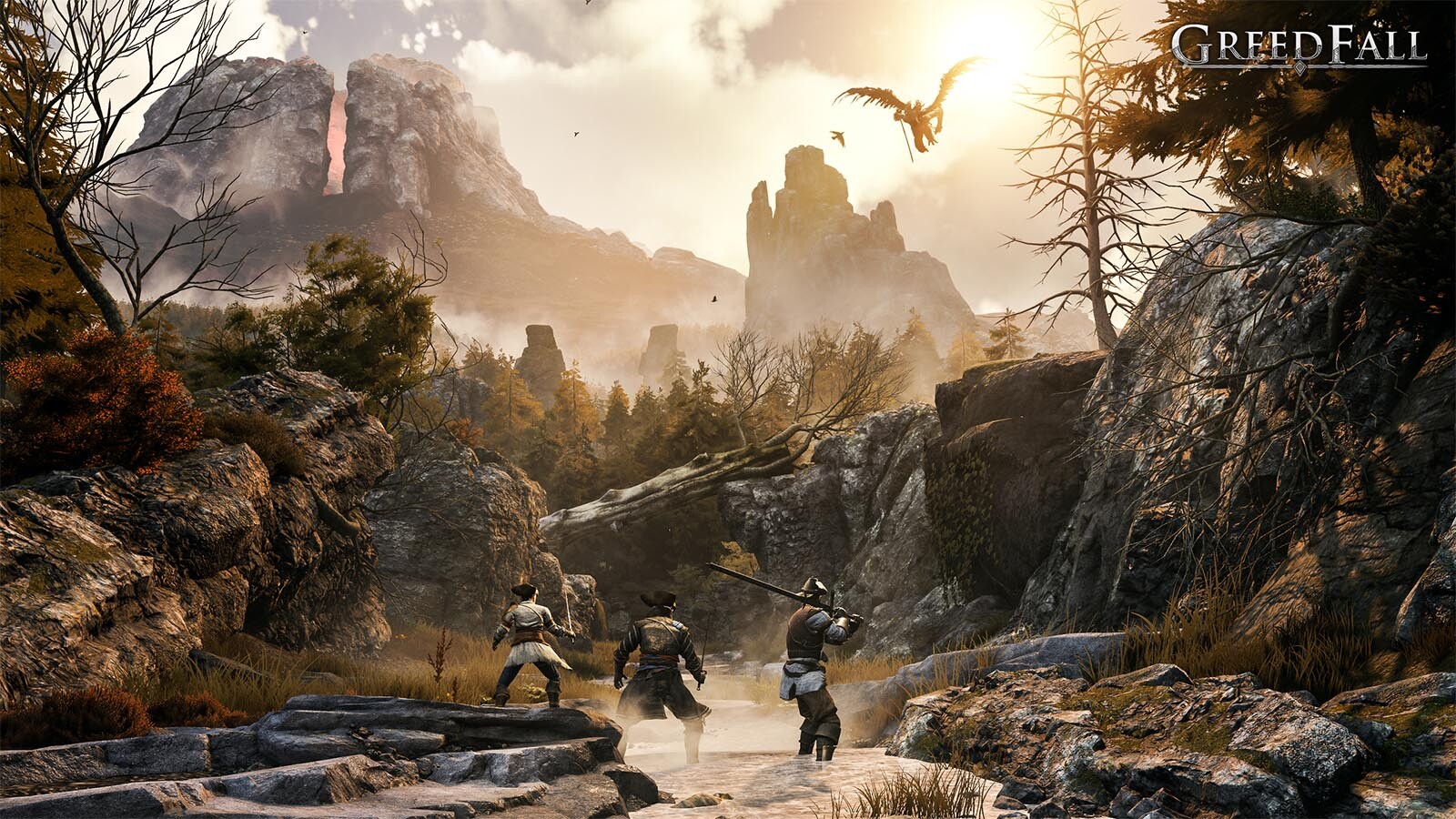 Developer Spiders returns with their latest open world Action RPG GreedFall, taking players on a voyage in search of a cure to the mysterious isle of Teer Fradee. Spiders' themselves are know stranger to RPG games and have previously worked on such hits like The Technomancer, Mars War Logs and Bound By Flame. The story begins with a young prince who sets out for adventure in hopes of bringing a cure back for his sick mother and his people, who have been suffering the affects of a disease. Players will be able to create their own character using the customisation tools and pick from one of 3 classes, each with their own unique gameplay mechanics. Play as either a Mage, Warrior or a Tactician with a variety of weapons and magic abilities at your disposal.

Travel the wilds of the mysterious island and keep an eye out for anything that stands in your way as dangerous traps and beasts lurk around each corner. Thankfully you won't be alone in your quest as you'll meet up with various companions on your journey, and depending on the actions you take within the game they could become powerful allies. At any time you'll be able to take at least 2 with you so be sure select the best companions for the task at hand!

You'll also meet several factions within the game and depending on the choices you make, it'll also change how the story plays out. Dialogue plays a key element in the narrative and you'll be given several ways to move the story on. You can even use charm and charisma to unlock new choices. As an Action RPG players will be able to use a variety of gear that they find in the world, or if you seek out the materials needed you'll also be able to craft some yourself. Use what you find in order to survive the dangers of the island.

Slow-down the action with the tactical pause option that gives you even more control over fights and you pick wherever to strike from far away or up close with melee weapons. There's plenty to explore and your adventure will take over 30 hours to complete and will feature multiple endings based on the choices you make in the game.

If you've been waiting for a deep RPG with tactical combat in the style of games such as Dragon Age then GreedFall may scratch that itch!

Let's dive into the critic scores to see how GreedFall is doing among the gaming sites! Open Critic currently lists the game at a Strong 75 rating, based on 29 critic reviews. 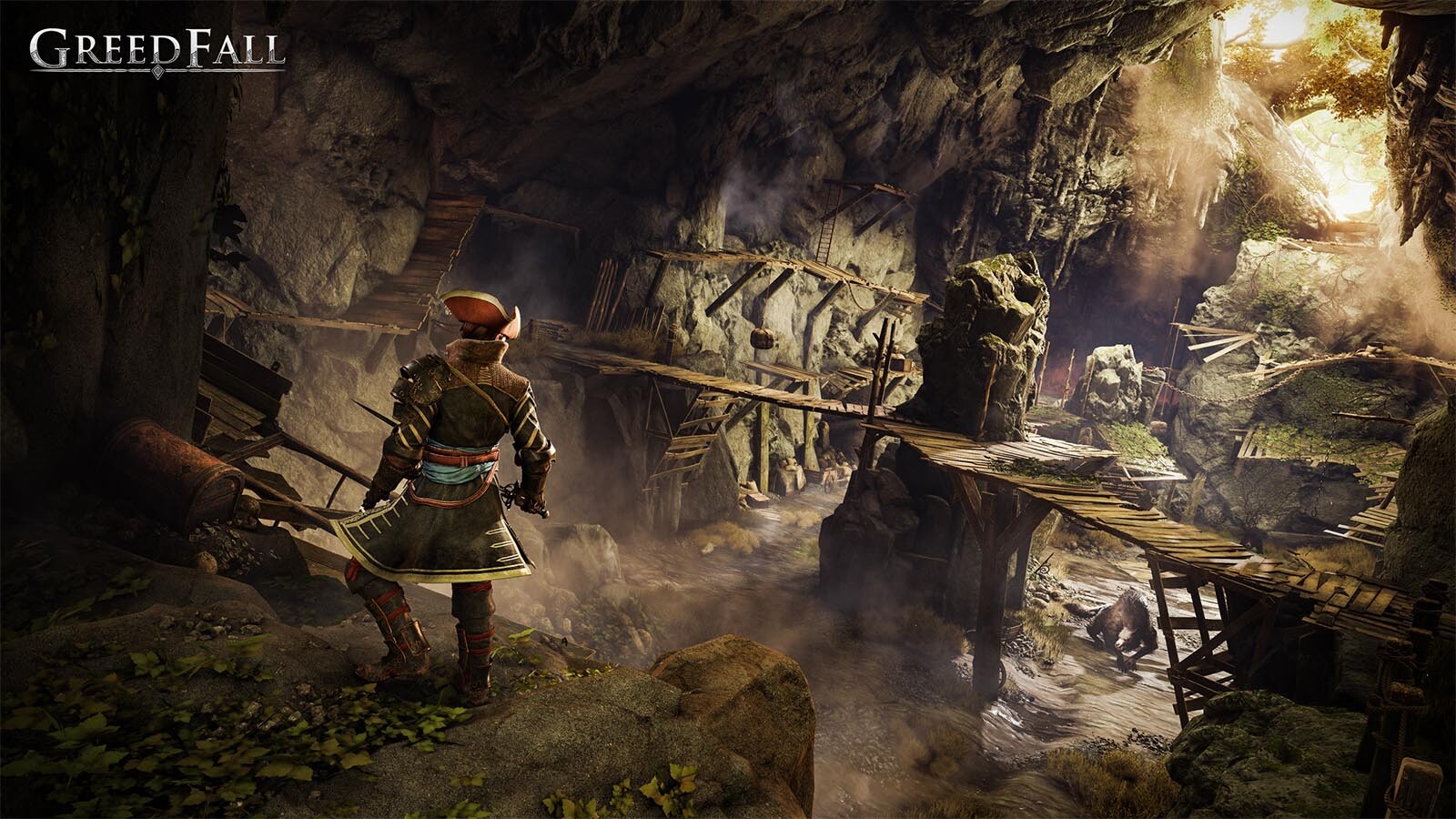 Does anyone have rope?

"GreedFall is a welcome arrival in the fantasy RPG space, a space that has been bafflingly uncrowded of late. But it doesn't just impress because of a lack of alternatives. It successfully delivers nearly everything that one would want to see in a game of this genre, and does so in convincing fashion. Fans of western role playing games who have lamented the absence of many true contenders in the genre this generation, prepare yourselves: a new heir to the legacy of BioWare is here at last."
– Shubhankar Parijat, GamingBolt (8/10)

"Greedfall is held back by performance issues and a tendency to fill its space with tedious padding, but it's saved by fun combat and an intriguing story."
– Mick Fraser, God is a Geek (7/10)

"GreedFall is the best game made by Spiders yet and a worthy RPG in its own right. While definitely not without faults in some areas, it delivers great writing, arguably the most refreshing setting seen recently in a fantasy game, and solid combat."
– Alessio Palumbo, Wccftech (7.5/10)

"While it's true that GreedFall has some serious problems with variety and bizarrely re-used assets, the story is great and the combat and game systems are quite good. Anyone willing to look past its problems and dig into the narrative will likely have a good time with it."
– Andrew Farrell, PC Invasion (4.5/5 stars)