House Party is an edgy comedy adventure game inspired by classic comedies of the '90s. Every decision changes your story and every character has something to reveal. There’s also a button to take your pants off.

Developers Eek! Games chat to Gamesplanet about their recent sexy simlation game House Party, why they decided to take a risk and about the recent controversy surrounding it.

One of Steam's sexiest games makes a debut on Gamesplanet, so we chatted to the developers at Eek! Games to find out what challenges they faced, how they are going to continue to update it and about getting the recent Steam removal revoked. Thanks to Bobby Ricci for taking time to answer our questions!

Gamesplanet Team: Quite a lot of famous youtubers have pushed House Party’s videos and have made it popular: How did you succeed in interesting them and what have been their real role in the game's notoriety?

Bobby Ricci, Eek Games: After I submitted the game to Steam Greenlight, I received a message saying something like "Hey, I know Steam is the holy grail, but you can also put your game up on sites like Itch.io and GameJolt in the meantime". I checked out the sites and thought it was a good idea. What I didn't realize, was that both of these sites were a place where Let's Players were actively looking for new games to play. I completely wasn't ready for what happened next. My game apparently just lends well to good "Let's Play" content, and the streamers just ate it up. I always say the game blew up too soon and too quickly. I really wasn't ready to handle the sudden interest, but it has definitely been very instrumental in the game's success and notoriety. I was doing pretty well on Patreon before all of this, but things just skyrocketed once the game started getting all over YouTube.

Gamesplanet Team: House Party had been temporarily banned from Steam’s catalogue but has very positive reviews to date; you wrote on your blog that you did not know exactly what the reasons were and how many effective complains Steam had received before they reacted and decided to remove the game. Do you have a clearer view today?

Bobby Ricci, Eek Games: Yes, the ban was specifically due to showing full-on sex. Steam considered this "pornography", which is against their terms. In American culture, the word "pornography" has a very ambiguous meaning, yet a lot of services don't allow "pornography", which leaves a grey area as to where the line is. There is a quote by a famous American judge, Potter Stewart, who in 1964 said "I can't explain it, but I know it when I see it" (referring to pornography), and we really haven't gotten a better explanation as to what constitutes as pornography since. The dictionary definition says it is the display of sexual organs or sexual acts with the intent to titillate. Given this context, you can start to see where the few minutes of cartoon depiction of sex in House Party falls into a grey area. I didn't intend it to be titillating. It's just part of the game. The game is about sex and hooking up, so it didn't feel right to go about these scenes conservatively. It's also not real people, but just cartoon 3D models. I also didn't see anything wrong with it in context when compared to all of the extreme gore and violence we see in other titles. Steam also reviewed the game and OKed it during the process of getting the game on their platform, so I assumed everything was fine. It wasn't until Steam started receiving complaints, that they looked into the issue, and ultimately decided the game was pornographic. 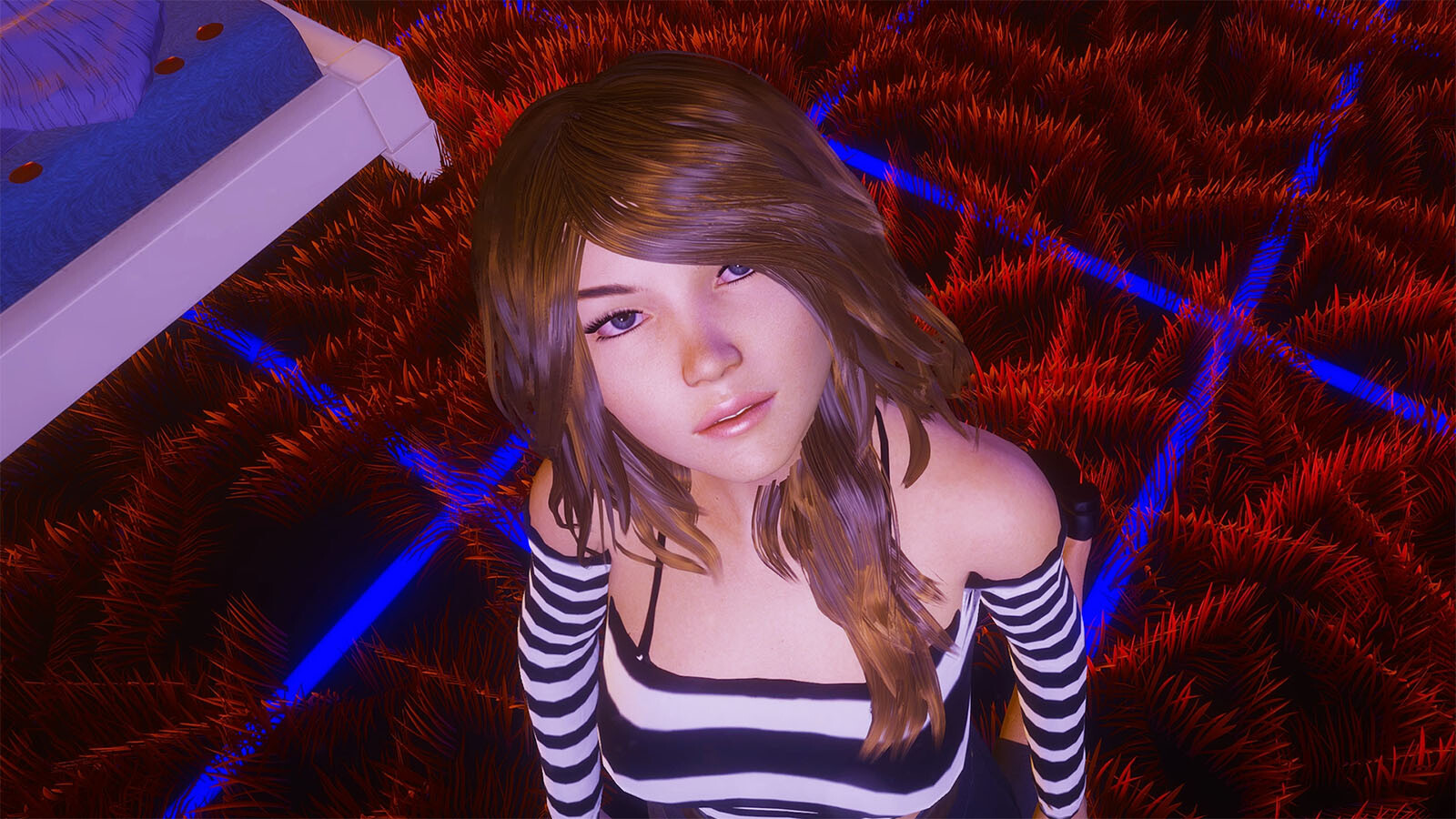 GP: The polemic was about sexual content in a game but also about the way women were depicted. You’re not the first game with nudity or even pornographic content, so do you think that the boundaries, between what is acceptable and what is not, are now clearer on Steam and more generally in the gaming industry?

BR: Maybe it's a little clearer. Steam didn't come out and say "you can't show sex acts", but I removed them, and they allowed the game back on, so in a way, they are saying that. I guess it's one of those situations where you have to try it to see where the line is since they don't specifically outline what is considered "pornography" in their terms.

I think a lot of the controversy over my game as opposed to others just came out of the game's incredibly fast rise in popularity and public visibility. In the end, the only thing Steam had reacted to was the depiction of sex acts in the game (pornography), and they didn't care about any of the story or the "depiction of women". This is a fictitious story, and is intended to be fantasy like any other game. Of course I don't condone interacting with women in real life as depicted in the game, but that's the point of a game, to do things you can't normally do in real life. It seems to certainly be the case in the context of every other game that includes murder, genocide, torture, and assault. Whether it be violent or sexual in nature, I don't see the difference.

GP: Steam has now allowed House Party back: what changes have been exactly done to achieve this come back?

BR: I simply forced on a censor bar during the sex scenes. The censor bar was already available as a player setting, but now, regardless of the setting, the censor is forced on during some scenes.

GP: The game is still under early access, how frequent the patches are supposed to be? Is there any date for a final version? and what are the improvements you are working on?

BR: We usually aim to put a release out every month. There are many plans for the game including being able to play as a female character, gay and lesbian stories, more characters, more stories, and more things to do. I have been a solo developer on this project for a year and a half, but now with the recent success I am able to put a team together, so we are excited to be able to bring these updates to life faster now! 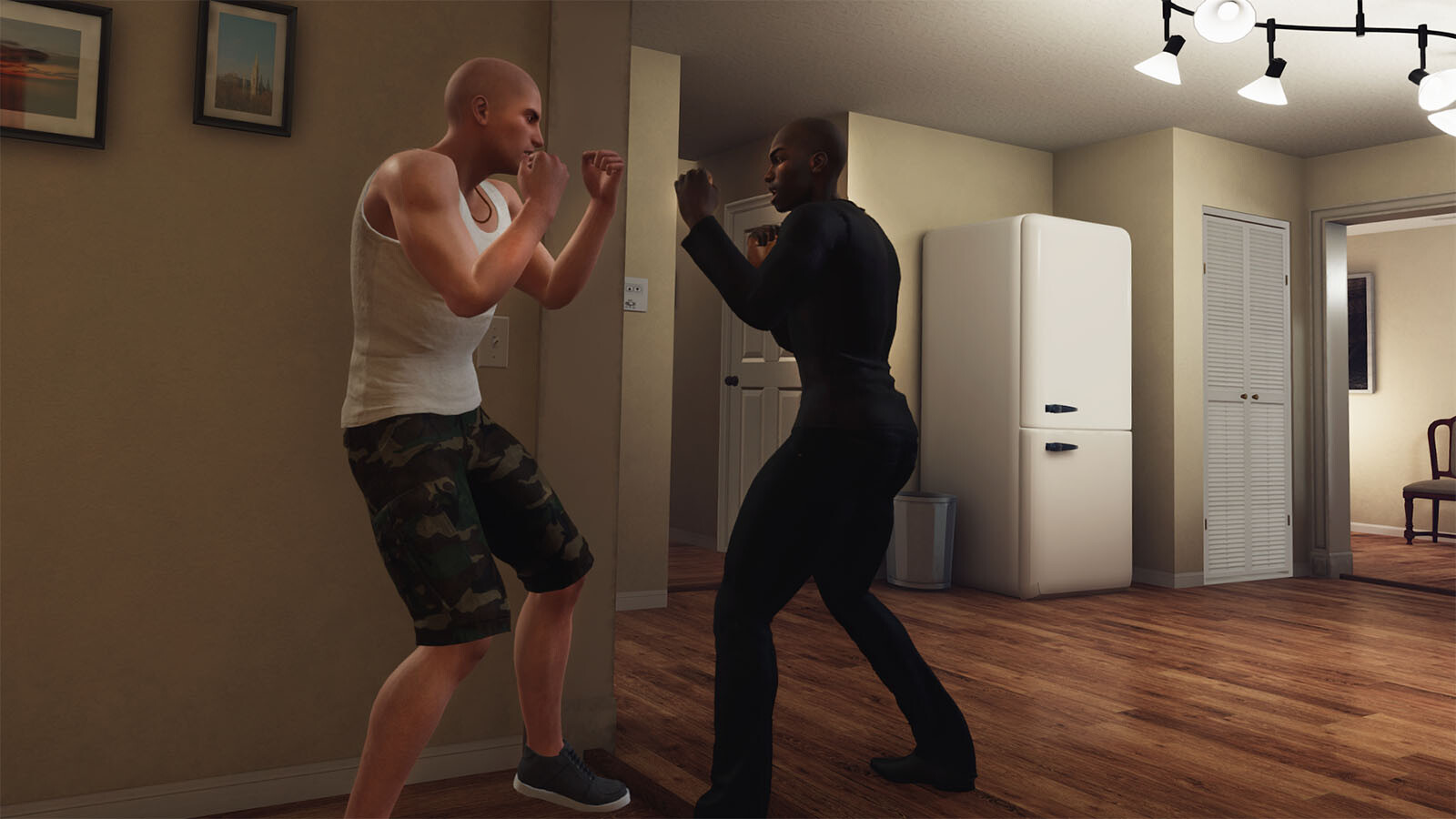 BR: I think House Party stands out because of its humor. The quests are fun and humorous, and even when you succeed in getting to a sex scene with a character, it's very tongue-in-cheek in the way it's portrayed. I am a fan of comedy, and I tried to keep that theme alive throughout the game. I also found really great voice actors that made the character personalities come to life, and I think that was a big help also. The characters are parodies of the types of people that almost everybody has a friend like that. Of course, the game portrays extreme versions of these types of people, but it's the exaggeration of it that makes it funny and allows for completely absurd scenarios.

GP: On Gamesplanet we decided to offer the game as delivered on Steam plus the censor removal patch that people will be free to install or not. On top on this,Eek! Games offers tools to craft players own story including full dialogues, interactions, and logic dictating how the player's night goes and import it into the game. According to some positives feedback from players, it seems people like the idea of reproducing the kind of party most of men dream on, without having the opportunity to live it in real (just like a lot of people expect to play an Hero without suffering real wounds on a battle field). Did you play this card to make the game a success? In another word, if like Larry, I’m always thinking about sex, can I expect to find the holy grail with House Party?

BR: Well, going into development, I knew this game would provide an opportunity to live out fantasies, and just do things that are socially inappropriate that you wouldn't be able to do in real life. I wrote the game in a way where the stories were easy to write separate from the core game logic because I know that there are probably a lot of people who have fantasies that go beyond what I can think of. That's why I really focused on making House Party a playground where people can make anything happen. I think if you can't find what you're looking for in the original story, there are many stories that are being written by other players where you'll find what you're looking for, and I think that's really cool. When I write the official stories, I am using the exact same tools that I offer to the player community, so players have free reign over most of the story. We are also working on a game console where you can simply issue commands to the characters as you are playing the game, so you can also shape the story that way. We are excited to see what the community comes up with!

GP: By the way, do you have Madison's number?

BR: I do, but I'm not at liberty to give it out. You'll have to play the game and see if you can get it yourself :)