Play through all nine Skywalker saga films in a game unlike any other. With over 300 playable characters, over 100 vehicles, and 23 planets to explore, a galaxy far, far away has never been more fun!

LEGO Star Wars: The Skywalker Saga - Everything you need to know!

Visit a galaxy far far away when LEGO Star Wars: The Skywalker Saga launches on April 5th 2022. Get up to speed with our handy recap guide while you wait!

What is LEGO Star Wars: The Skywalker Saga?

Way back in 2005, developer TT Games launched what would become an entire franchise, with the launch of LEGO Star Wars. Now, after 17 years the largest and most ambitious title in the series is set to launch with the release of LEGO Star Wars: The Skywalker Saga coming to PC on April 5th 2022.

LEGO Star Wars: The Skywalker Saga features Episode 1-9 in the main Saga, with various levels from each one. Players will be able to jump into any of the Episodes and battle their way through main story mission levels, much like how previous LEGO titles have worked. The big change this time around is that you'll also be able to explore a number of planets such as Tatooine, Hoth, Coruscant, Naboo and many more iconic locations from the Star Wars universe! 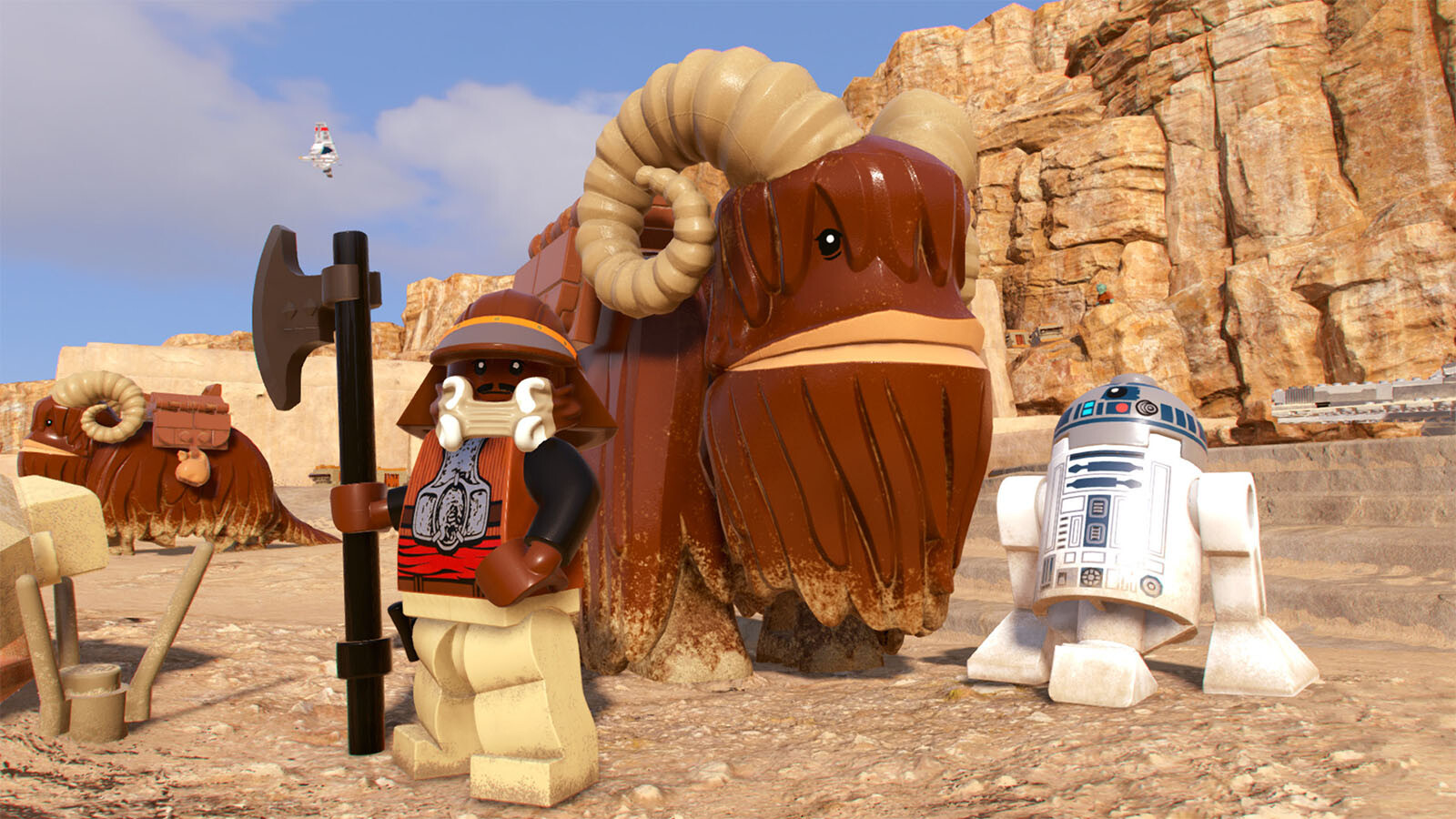 As well as boosting a huge number of locations from the films, players will also be able to play as over 300 characters from Yoda, Darth Vader, Luke Skywalker and so many others. They even have a fully playable LEGO Babu Frik in the game! One of the new features this time around is that you'll be able to unlock new abilities for specific classes using Kyber Bricks, that are found by completing various challenges / side quests.

The game also has an improved combat system, allowing you to take cover with blasters and pick off enemies by targeting specific body parts. Prefer using a Lightsaber? Those force wielders are also in luck as the previous button mashy combat has been upgraded with a combo system to allow for gaining more rewards the better you perform in battle.

Whether you're a newcomer to the franchise or a veteran stud collector there's never been a better time to play the game and it'll soon be available as LEGO Star Wars: The Skywalker Saga launches tomorrow on April 5th!

Want to get a taste of the action ahead of release? We have put all the important trailers and clips around LEGO Star Wars: The Skywalker Saga nto one playlist for you. Feel the Force with this set of videos while you wait for release!

Prepare to explore the LEGO galaxy when it launches on PC on April 5th at 10am PDT / 6pm BST / 7pm CEST. There will be no preload available at this time so players will have to start downloading when the game launches.

Not sure if your PC can run the game? Take a look at the PC System Requirements needed to run the game. All players will need at least a Windows 10 64 bit OS in order to play. As always we'd recommend making sure you have the latest drivers for your Graphics Card to ensure the smoothest experience at release - AMD / Nvidia.

Warner will release two versions of LEGO Star Wars: The Skywalker Saga on April 5th 2022 - the Standard Edition and the Deluxe Edition. Let's break down what each version contains so you can decide which one is best for you:

Those who pre-order the game will receive the following bonuses: 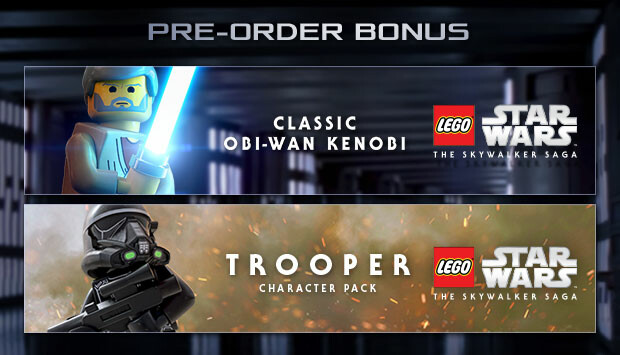 Meanwhile, those who pick up the Deluxe Edition will also receive the following bonuses in addition to the main game:

Character Packs will be released over time, but some may be available at launch.

Getting a new game is an awesome experience and we want to make that as trouble free as possible, so we've put together a guide of common troubleshooting problems and FAQ's to help you out with LEGO Star Wars: The Skywalker Saga on PC. You can find our Help Topic here. You can also reach us via [email protected]