Bandai Namco gets ready to deliver justice with a new gameplay trailer for their upcoming brawler My Hero One's Justice 2 ahead of the March 13th 2020 release date!

Heroes reunite to bring justice to evil when My Hero One's Justice 2 launches on March 13th 2020. Like the previous game, the sequel will feature over-the-top action as characters do battle in massive arenas. The roster will feature 17 heroes, each with their own attacks and quirks. Take a look at the brand new character gameplay trailer while you wait! 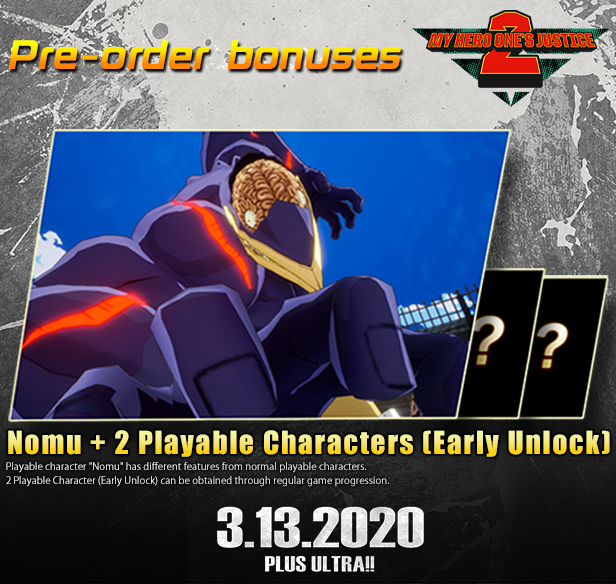 My Hero One's Justice 2 launches on March 13th, pre-order to save 15% off and get the following bonuses for free: