ONE PIECE: PIRATE WARRIORS 4 is the latest evolution of PIRATE WARRIORS action! Based on the concept of "experiencing a real ONE PIECE battlefield," buildings will come crashing down during the action and attacks will throw up smoke and dust, placing you in the thick of the ONE PIECE world!

The One Piece series continues this Friday when One Piece Pirate Warriors 4 launches on March 27th. Another game adaptation of the popular anime series with Monkey D. Luffy and friends arrives from publisher Bandai Namco, and to keep you ready for the release a new gameplay launch trailer has been released to show off the adventures of the straw hat band.

With Dragon Ball Z: Kakarot, Bandai has already shown how stories from manga can be perfectly retold through games. With the upcoming release of One Piece Pirate Warriors 4, you'll reenact familiar anime stories, but also experience completely new content. That's why this adaptation is suitable for beginners and fans alike. Of course, all the well known One Piece Pirate characters are also included with more than 40 playable characters you can assemble onto your crew for the adventure, in which not only enemies but also buildings will fall thanks to advanced physics. 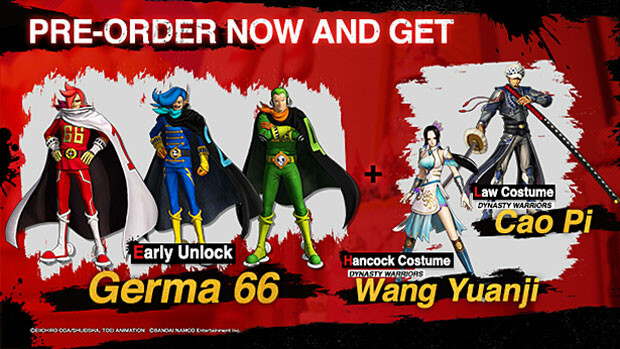