RAD is a 3D action rogue-like set in a post-post-apocalyptic world, where humanity has faced armageddon not once, but twice.

Double Fine's upcoming rogue-like action game RAD is set to launch on August 20th. Learn more about the game with a developer livestream walkthrough while you wait

Double Fine Productions are known for creating some of the best worlds in videogames from their studio in San Francisco, who have been making games since 2000. Some of these wonderful titles have included classics such as Psychonauts, Broken Age, Brütal Legend, as well as LucasArts classics like Full Throttle, Day of the Tentacle and Grim Fandango, all under the direction of mastermind Tim Schafer. No question, the ladies and gentlemen of Double Fine Productions are more than capable of delivering a world for us to dive into and their upcoming game RAD is shaping up to be another studio highlight.

RAD is an upcoming 3D-Roguelike from Double Fine Productions and BANDAI NAMCO, which is set to launch on August 20th 2019. Once again the world isn't doing so well, because after two devastating catastrophes you can be happy if anything is still alive. In RAD you slip into the role of a Male or Female teenager in the completely contaminated wasteland, in search of a way to bring everything back in order. Not an easy task, because you might already suspect it: Various mutants make your character's (survival) life difficult. Creatures that have drunk too much radioactive water.

In the beginning our chosen character looks fine in RAD. But later, once you've penetrated deeper into the wasteland, then things become worse as you're exposed to increased radiation and toxic substances. Which as you'd expect, can have dramatic changes to the human body. With your club you not only knock down the bizarre creatures, but also objects in the environment. From them radioactive substances tumble and your body absorbs. With each wheel collected, a wheel scale at the top of the screen fills up. Once you have filled it to the limit, a mutation process is set in motion. This means that your character becomes a mutant and has certain abilities available to them in the alternative state.

Let yourself be guided through the game in the livestream video from Double Fine Productions. The team shows you how to activate devices in the game that have a direct influence on the state of the environment and open paths with their lasers. RAD isn't just a simple game in which you get from point A to point B, it's also got plenty of things to find in the wasteland if you take the time to explore your surroundings. In RAD you can also solve your puzzles and progress through a story that is hand crafted by the team at Double Fine.

Pre-order your RAD Steam-Key online at Gamesplanet now and get the following extras: 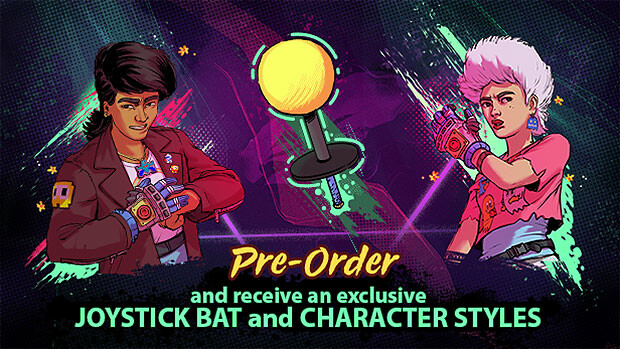