RAGE 2 - Everything you need to know!

Take on the crazy open world of RAGE 2 when it launches next week on May 14th. Get up to speed with the game in our handy recap guide while you wait! 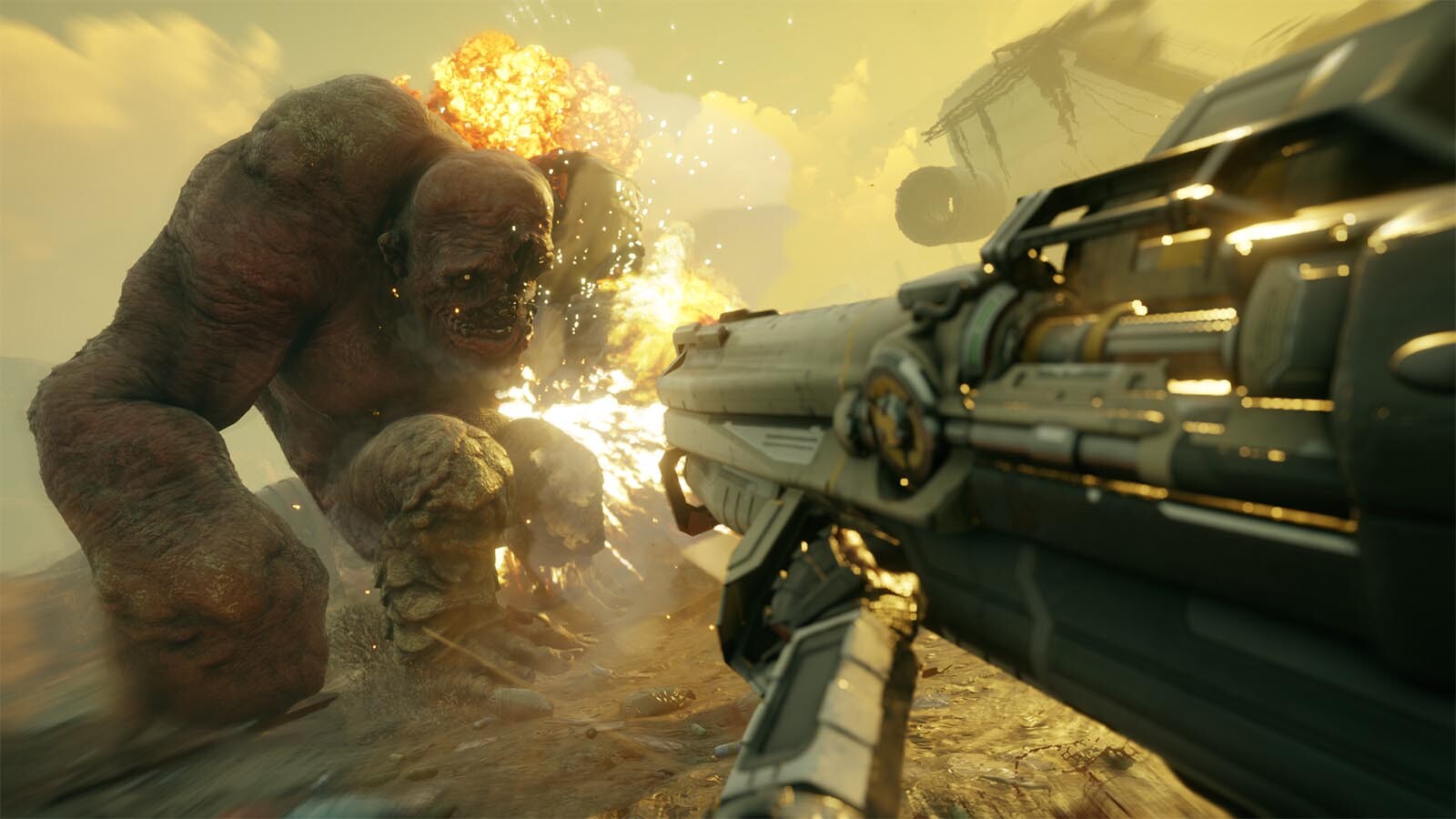 RAGE 2 is an open world sequel to the 2011 game RAGE. Developer Avalanche Studios, best known for creating titles such as Just Cause 3, Mad Max and more have teamed up with the legendary first person shooter developers id Software (DOOM) to present an adrenaline fuelled shooter filled with over-the-top action. Players will be able to explore a large open world filled with mutants, bandits and more. Use powerful weapons, such as the classic wingstick, vortex gun, smart rocket launcher, firestorm revolver and the mighty hyper cannon. Not only can you upgrade your weapons, but you'll also be able to gain superpowers that create even more heart-pumping moments in combat with moves like dash, stomp and more.

Take on the role of Walker, a ranger who must survive the dangerous world that is filled with mutants after the planet gets hit by a deadly asteroid. The game takes place 30 years after the events of the original game, with new and returning characters making an appearance throughout. Visit lush jungles, treacherous swamps and deserts as you pursue The Authority, a new military power that is vying for control over the wastelands.

Get behind the wheel of a variety post-apocalyptic vehicles such as Monster Trucks, Buggies, Gyrocopters and more. Anything that you can see in the game can be driven. Like with Avalanche Studios' Mad Max they'll be plenty of vehicle carnage and you'll be able to cause serious destruction to anything that stands in your way. Find Arks in the world to unlock powerful new upgrades and use them to make your arsenal even more deadly.

Looking for a recap on all RAGE 2 trailers, gameplay videos and other videos you've missed? We've put together a playlist for all that below!

Make sure your system is up to the task of running the game with the PC System Requirements for RAGE 2. We'd also recommend making sure you have the latest drivers for your Graphics Card to ensure the smoothest experience at release - AMD / Nvidia.

Not sure which version of RAGE 2 to get? Take a look at our handy version comparison guide to help you figure out which one is best suited your needs!

Those who purchase the Deluxe Edition will get themselves some extras suck as the the Rise of the Ghosts expansion, legendary DOOM BFG weapon, Wasteland Wizard Cheat Codes, Progress Booster and Battle Standard. 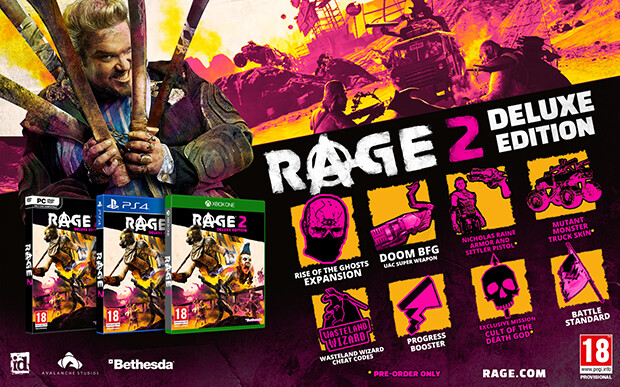 Pre-order any version of RAGE 2 from Gamesplanet to get the Cult of the Death God Mission, as well as the Nicholas Raine Armor and Settler Pistol, plus the Mutant Monster Truck Skin.

Getting a new game is an awesome experience and we want to make that as trouble free as possible, so we've put together a guide of common troubleshooting problems and FAQ's to help you out with RAGE 2 on PC. You can find our Help Topic here.