RESIDENT EVIL Village - Everything you need to know!

Lycans, Vampire ladies and a new mystery awaits with the release of Resident Evil Village on May 7th. Get up to speed with our handy recap guide while you wait!

What is Resident Evil Village?

Resident Evil Village is the latest entry in the popular survival horror series, which is also celebrating their 25th anniversary this year. Ethan Winters (last seen in RE7) returns once more, this time he's uncovering a new mystery while attempting to reunite with his kidnapped daughter Rose.

Like RE7 before it, the game takes place in a first person perspective and you'll travel the mysterious European village located in Transylvania. Players will need to explore the Village as they tackle countless foes and beasts that are trying to stop Ethan from reuniting with his family. The game not only borrows elements from RE7, but also the fan favourite RE4. This means Village has a Merchant throughout the game to offer weapons and items that you may need to survive that can be bought with currency you find in your exploration. 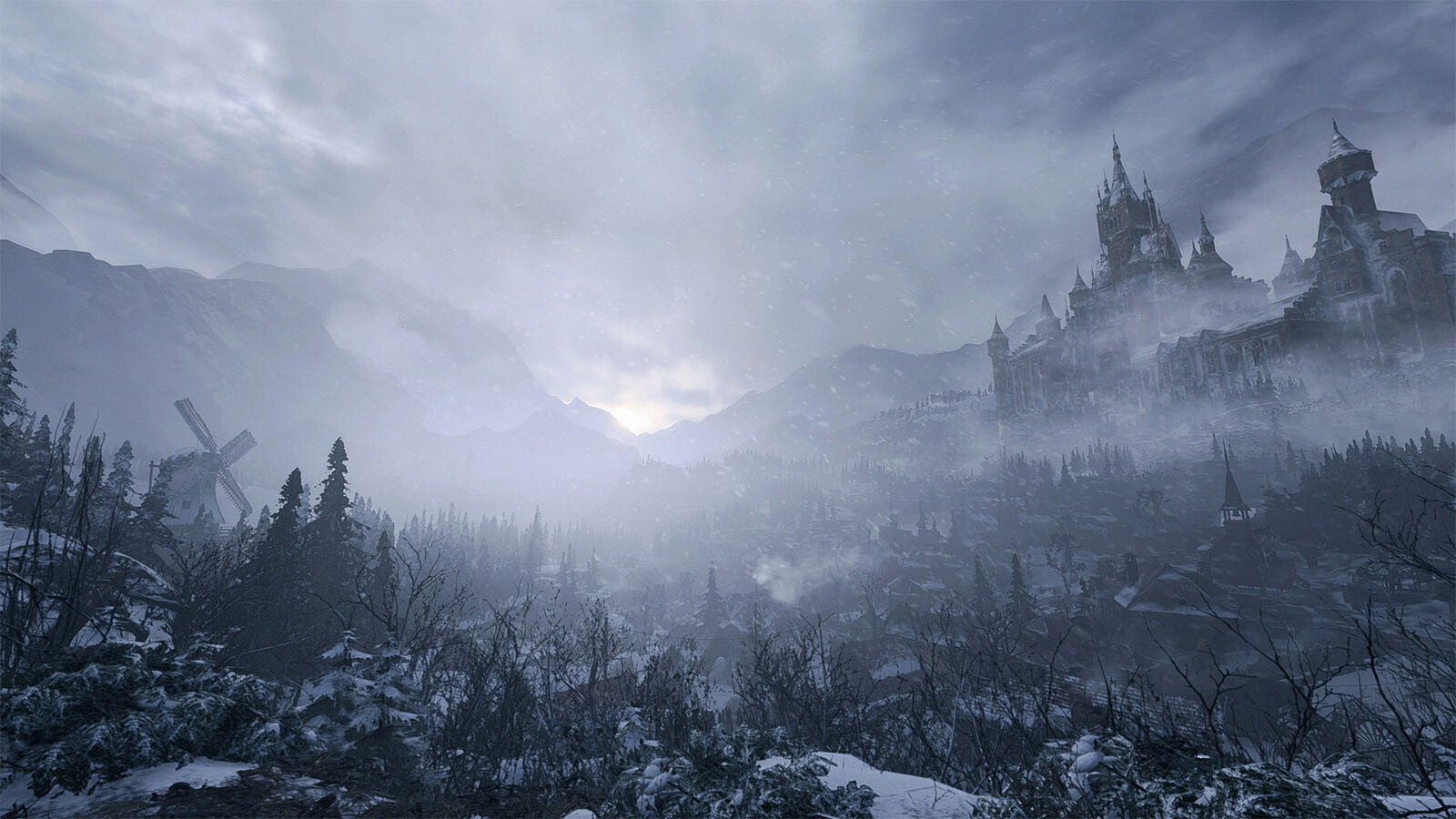 Combat has also seen improvements, allowing for the player to dodge things easier and also block to prevent damage at crucial moments when the ammo is running low. You'll also be able to cook food in order to boost things like health and defense for a limited time. Once players are done with the single player campaign you'll be able to take on the "Mercenaries" mode, something that's been included in several entries in the series to date. This mode allows players to try their luck and rack up points by taking on waves of enemies in various locations.

The game also includes the upcoming Resident Evil Re:Verse (Summer 2021), which is a multiplayer deathmatch game for 6 players that features classic characters from the entire Resident Evil series and even deadly bioweapons.

Want to get some zombie action ahead of release? We have put all the important trailers and clips around Resident Evil Village into one playlist for you. Get some popcorn and enjoy our mix of gameplay from the game!

You won't have to wait much longer to step into the trenches of war as the game is set to launch tomorrow at 1am BST / 2am CEST (or 5pm PDT today for those in the US). There will not be a preload for the game this time around, and players will be able to download at launch.

Not sure if your PC can run the game? Take a look at the PC System Requirements needed to run the game. All players will need at least a Windows 10 64 bit OS in order to play. As always we'd recommend making sure you have the latest drivers for your Graphics Card to ensure the smoothest experience at release - AMD / Nvidia.

Capcom will release two versions of RESIDENT EVIL Village on 7th May 2021 - the Standard Edition and the Deluxe Edition. At this point we would like to show you the differences between the two editions.

Those who pre-order the game will receive the following bonuses: 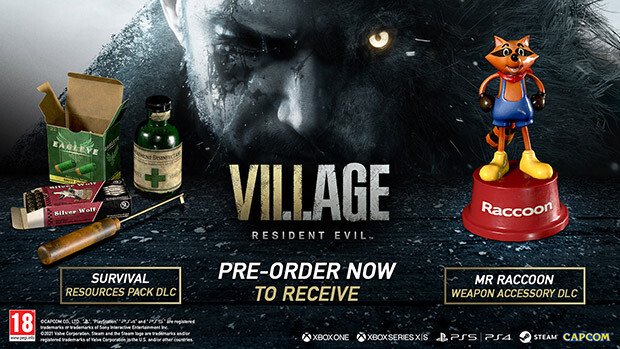 Meanwhile, those who pick up the Deluxe will also receive the Trauma Pack which includes memorabilia such as the "Samurai Edge" weapon, the "Mr. Everywhere" accessory, a screen filter, special safe room background music, and many more items to amplify your Resident Evil Village experience. 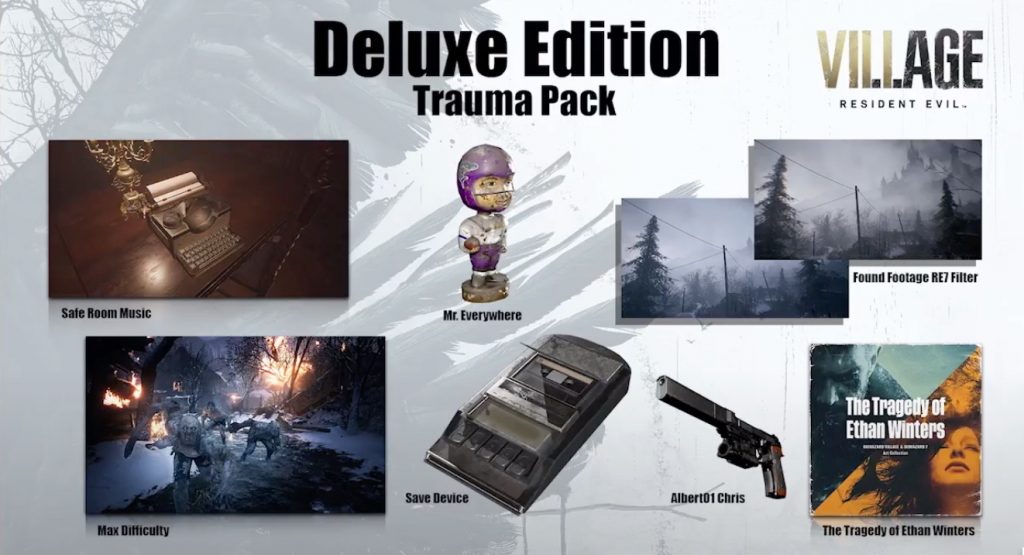 Getting a new game is an awesome experience and we want to make that as trouble free as possible, so we've put together a guide of common troubleshooting problems and FAQ's to help you out with Resident Evil Village on PC. You can find our Help Topic here. You can also reach us via [email protected]