Rising Storm 2: Vietnam is the sequel to PC Gamer’s 2013 ‘Multiplayer Game of the Year’, developed by the same team that created the award-winning innovative asymmetric gameplay - Antimatter Games - in association with Tripwire Interactive.

Tripwire Interactive announces a brand new free update coming to Rising Storm 2: Vietnam, which will allow players to fight as toy soldiers in a festive map. Launches today for all owners of the game.

Toy soldiers comes to Rising Storm 2: Vietnam later today as a brand new free update for the popular person shooter sequel gets a new map. From today until the first week in January 2019, fans will be able to take part in 64 player fights as miniature toy soldiers as they defend fortresses made up of blocks. Players will be able to duck behind building blocks to prevent being fired upon, use toy helicopters to access high ground, and utilize race car tracks to reach other areas.

Additionally, a brand new M1 helmet will be available for all players, as well as new achievements designed around the update. This is not the first time the Army Men have been available for the game, as the Green Army Men Mod has existed for quite some time. Tripwire Interactive launched a modding contest for their game earlier this year and the creators of the $40,000 prize were brought on to help bring their mod to life within the new map. 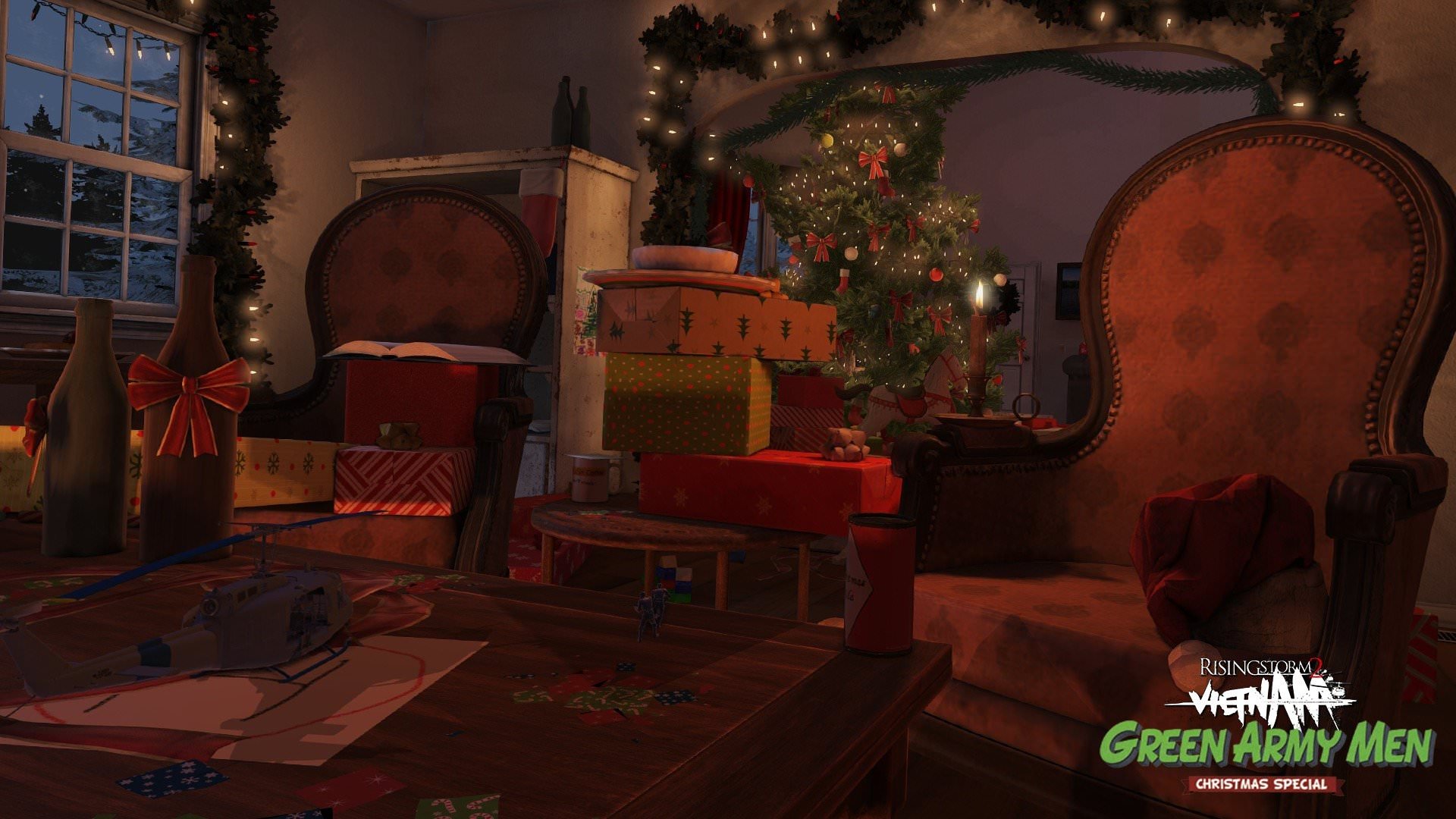 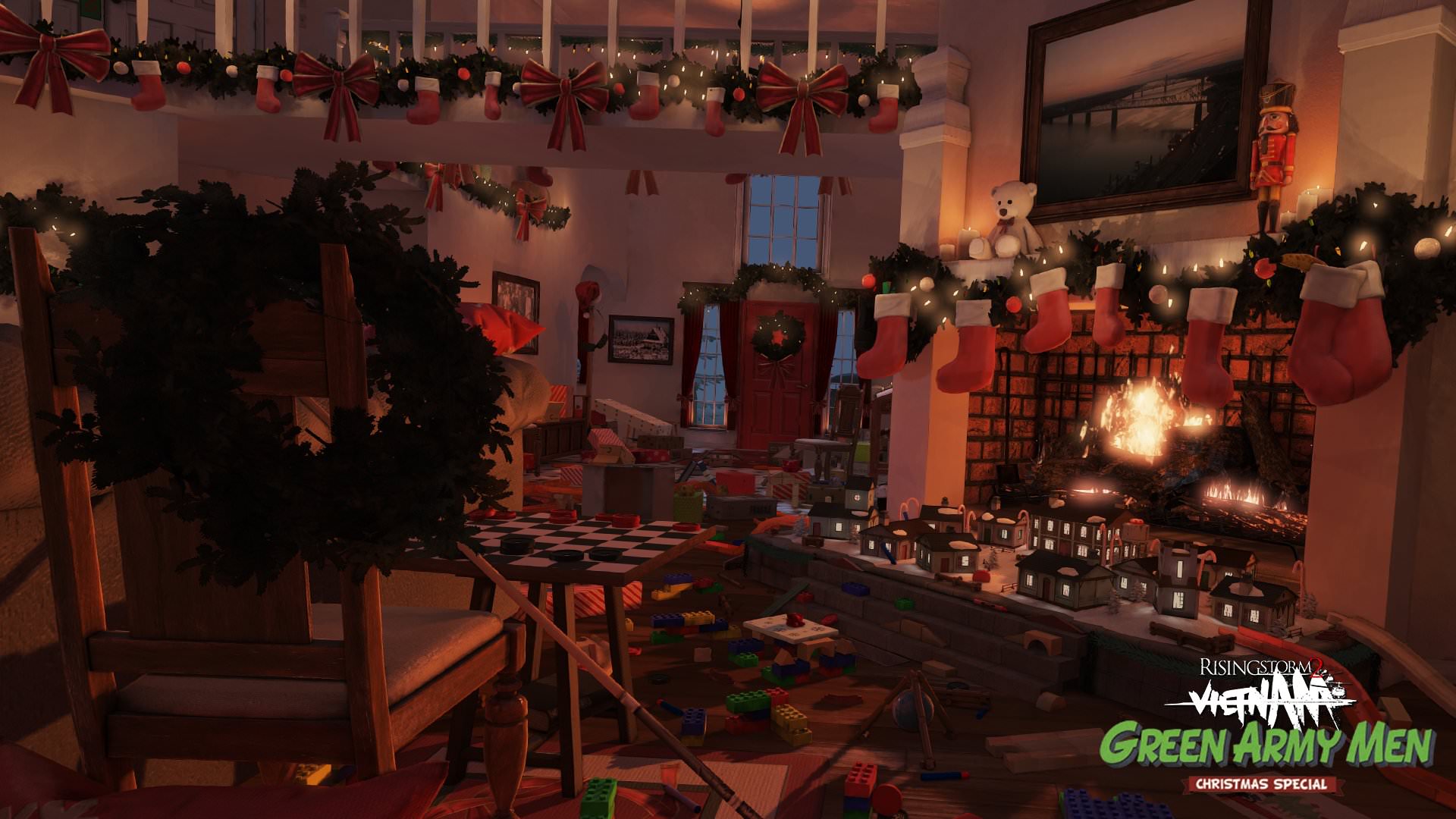 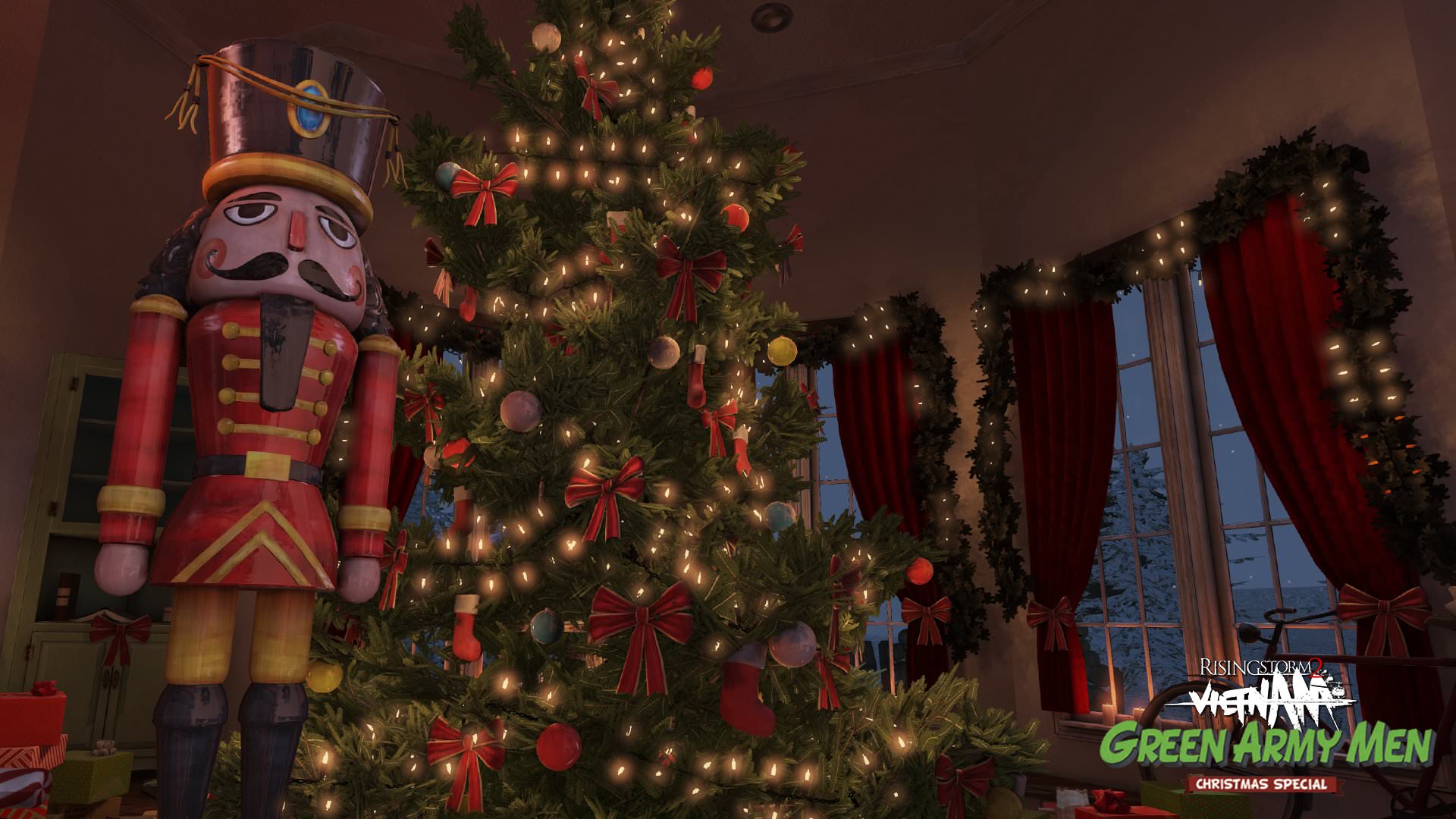 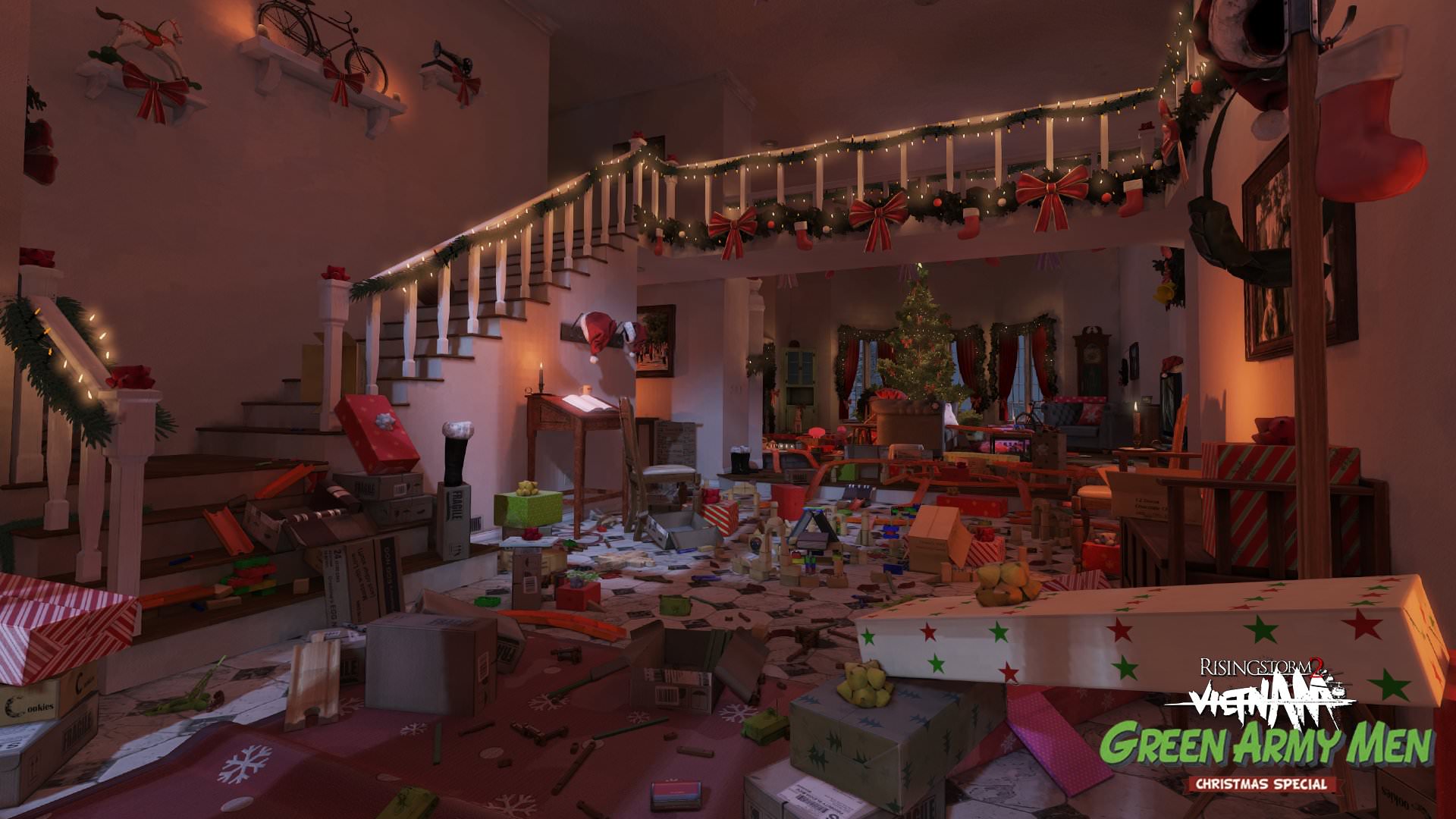 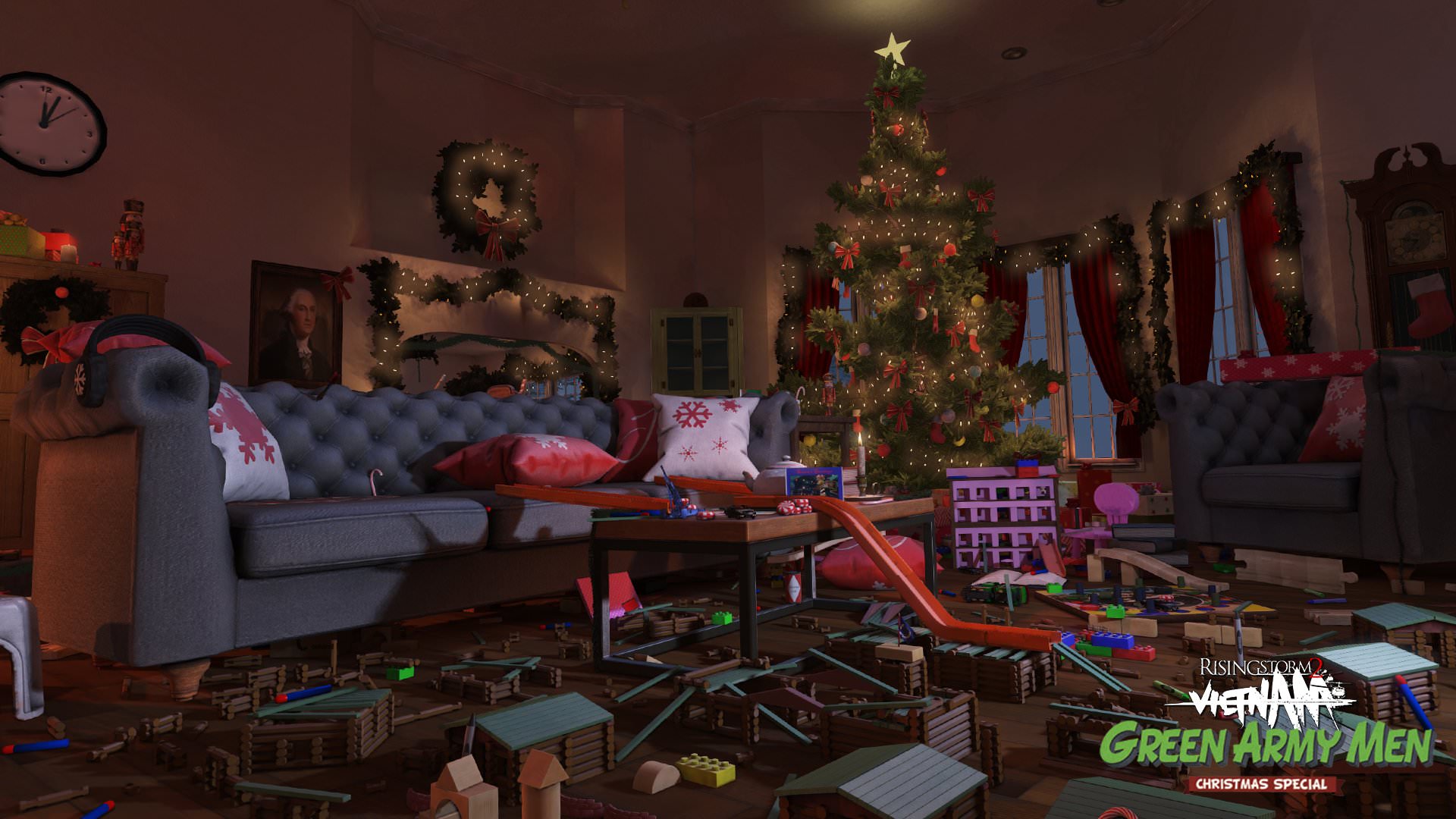 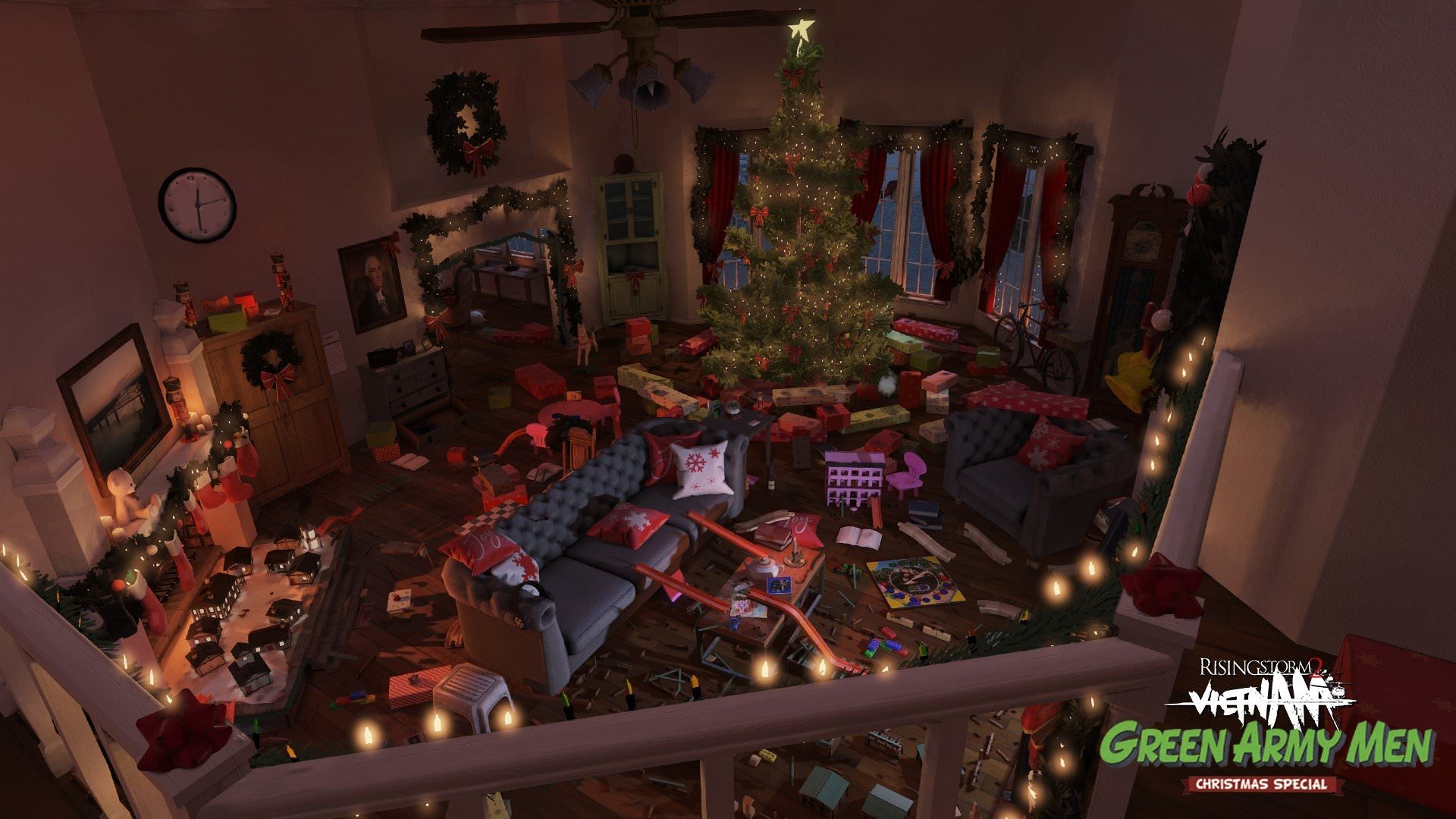 The Green Army Men update for Rising Storm 2: Vietnam will be available later today and is free for all owners of the base game. Don't own the game yet? You can save 66% off the game in our XMAS Week #3 Sale!