Sam is back with a vengeance as he takes on deadly threats in the upcoming shooter sequel Serious Sam 4 when it launches on September 24th 2020. Take a look at the new story trailer while you wait

It's been almost 9 years since Serious Sam 3 launched on our screens and later this week the next entry prepares to launch on September 24th with the release of Serious Sam 4. Before that however, Devolver Digital and developer Croteam are treating us to a new story trailer for the game, which shows Sam dealing with an invasion on Earth. Can he put a stop to the Mental’s hordes and save humanity? Expect plenty of heart pumping moments and big ass guns as he gets serious once again.

As with other games in the series you'll be able to play solo, or team up with friends to take on hordes of enemies with a range of deadly weapons at your fingertips including weapons such as a Rocket Launcher, Shotguns and even a chainsaw launcher that will cut down anything that stands in your way!

COOPERATIVE MAYHEM
Smash through the action-packed campaign with friends in 4-player online co-op mode! Tackle exciting primary missions and thrilling side quests in modified difficulties for an extra challenge. 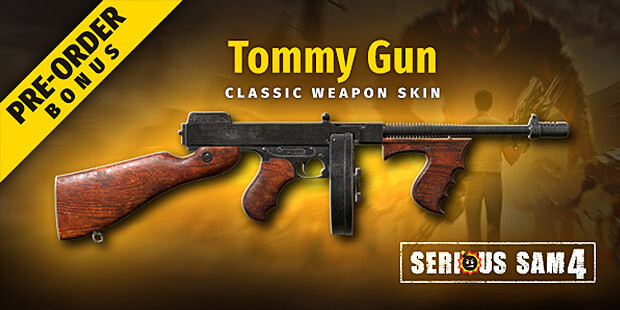 Serious Sam 4 launches on September 24th. Pre-order either version to receive the Tommy Gun Classic Weapon Skin, as well as getting wallet cashback for your purchase.