South Park: The Fractured but Whole

In South Park: The Fractured but Whole, players will delve into the crime-ridden underbelly of South Park with Coon and Friends.

Ubisoft announces the release date for South Park: The Fractured But Whole - Bring the Crunch DLC which is arriving July 31st. Includes a new class, a new campaign and location.

Later this month horror comes to South Park as the Bring the Crunch DLC for South Park: The Fractured But Whole launches on July 31st. This new DLC will give you a new class, a new campaign and will take place in the new location of Lake Tardicaca. Can the gang withstand a nightmare and make it back? It'll be up to newcomer Mintberry Crunch to lend a hand to our heroes to push back the terrors. 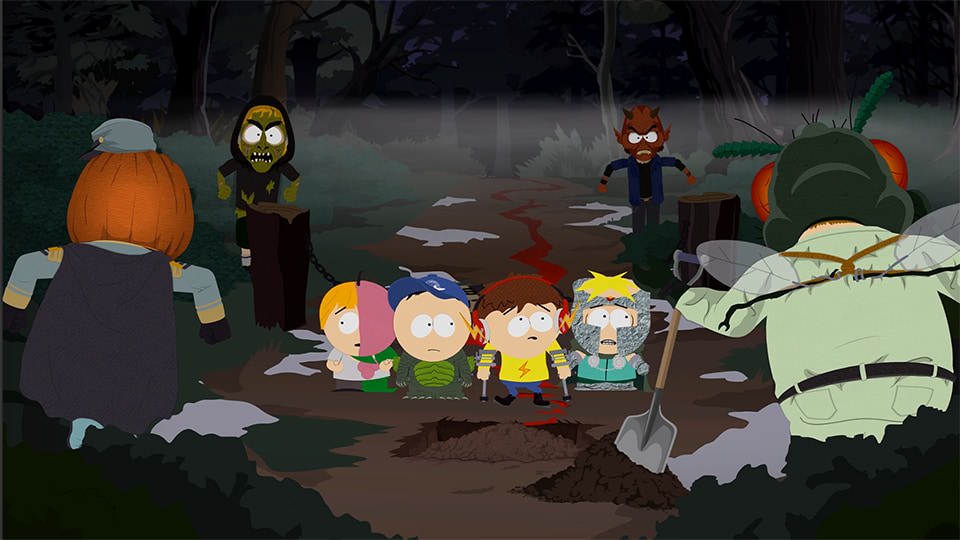 In this new DLC you'll team up your new buddy Mint-Berry Crunch (also known as Bradley Biggle), who has travelled the galaxy from his home planet Kokujon armed with mint and berry powers. Strange things are occurring at Lake Tardicaca and it'll be up to you to stop this nightmare by getting to the bottom of this mystery. You can team up with FastPass, Doctor Timothy, Professor Chaos and Mintberry Crunch to save the summer camp.

Players will also be able to try out the "Final Girl" class which adds new combat tactics and traps to take out terrifying enemies. After saving Lake Tardicaca you will be able to take your new powers and buddy to the rest of your game to offer allow new ways to play.

South Park: The Fractured But Whole - Bring the Crunch DLC will be available on July 31st separately, or you can get it for free if you own the Season Pass / Gold Edition