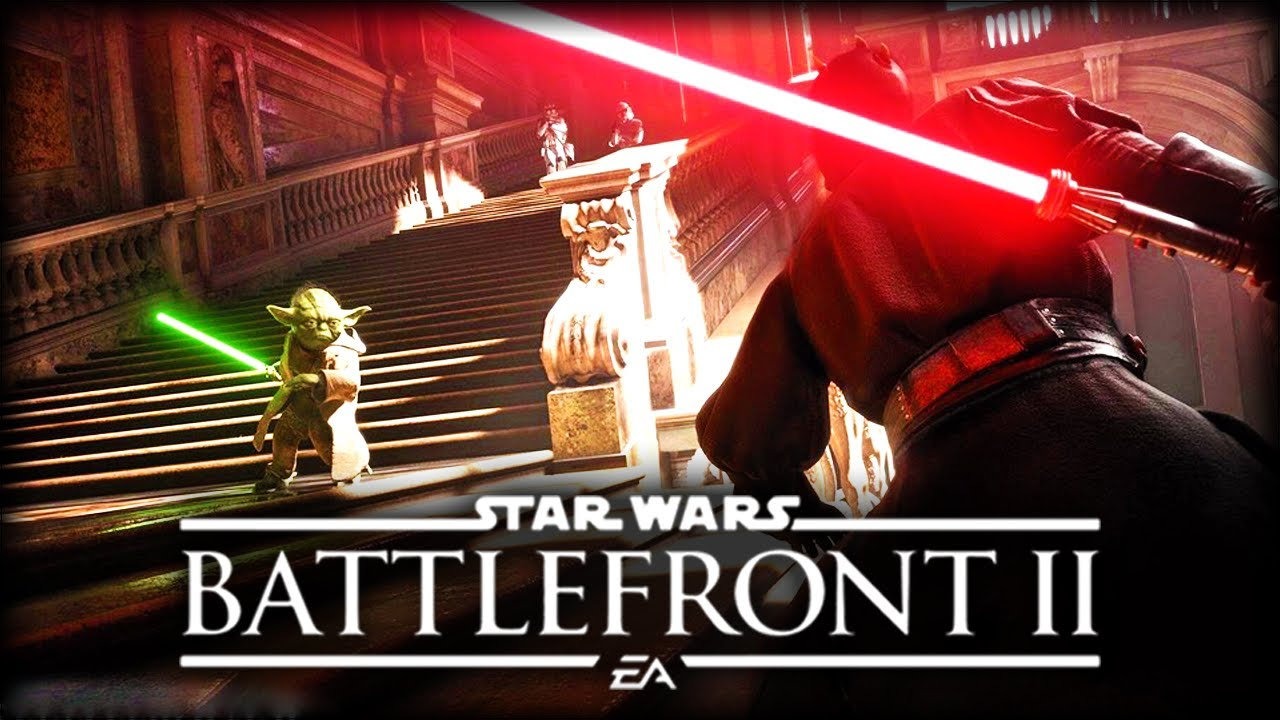 The Force is strong with 19 minutes of New Gameplay from the EA Play event for Star Wars Battlefront 2, see Darth Maul get his groove on and Droids vs Clone Troopers in a Battle for Theed.

During the EA Play event, members of the press and public managed to get their hands on the very first demo for the upcoming FPS shooter sequel Star Wars Battlefront 2 (not to be confused with Star Wars Battlefront 2 from 2005). The sequel promises much more in terms of actual gameplay as it will feature a single player campaign for the very first time, plus Multiplayer and Vehicle combat has been revamped.

Now players will able to try out various classes and acquire points by defending/attacking which can be used to unlock characters in play, including the Hero Classes like Darth Maul or Yoda and Vehicles such as a Vulture Droid or even an AAT - where previously getting access to these things would require random power ups on the map it seems that this time you can earn your way towards it so that you aren't locked behind RNG.

In the gameplay demo from EuroGamer we get a look at the Battle of Theed as the Clone Troopers and Droids go head to head for the city. You can also get a look at Darth Maul gameplay towards the end (in a short brief moment of awesome before being gunned down).

Matches seem to follow the format of the Rogue One DLC for the original game, in which multi-staged action takes place all over the city until you finally take the palace and city for your faction. It's also been confirmed that we'll be seeing heroes from different Era's making an appearance, with Rey and Bobba Fett showing up during the Theed Battle (though they may just be for showing off purposes and may not actually appear in the final level).

Star Wars Battlefront 2 is coming to PC, Xbox One and PS4 on November 17th. There is also a planned beta coming nearer launch which will give people who pre-order a chance to play early.