Pre-order one of the four The Elder Scrolls Online: Elsweyr editions from Gamesplanet and receive pre-order bonuses with your purchase. Find out more about the various bonuses below.

The adventure continues when the The Elder Scrolls Online: Elsweyr expansion launches on June 4th. For those looking to get into the game (or return) many are wondering what rewards they can get for pre-ordering the game. For a complete explanation of what's included with each version, take a look at our PC Version Comparison Guide to find out. Each version of the game has one thing in common, pre-order bonuses and we've broken down the details in this guide to explain the various rewards given with your purchase of TESO: Elsweyr from Gamesplanet.

Pre-order The Elder Scrolls Online: Elsweyr to get bonuses for free

By pre-ordering the upcoming expansion from Gamesplanet you'll also snag yourselves some sweet bonuses that can be used in the game, including a mount, a pet, an outfit and more! You will receive the pre-order bonuses when The Elder Scrolls Online: Elsweyr launches on June 4th 2019, with some being available directly after purchase. 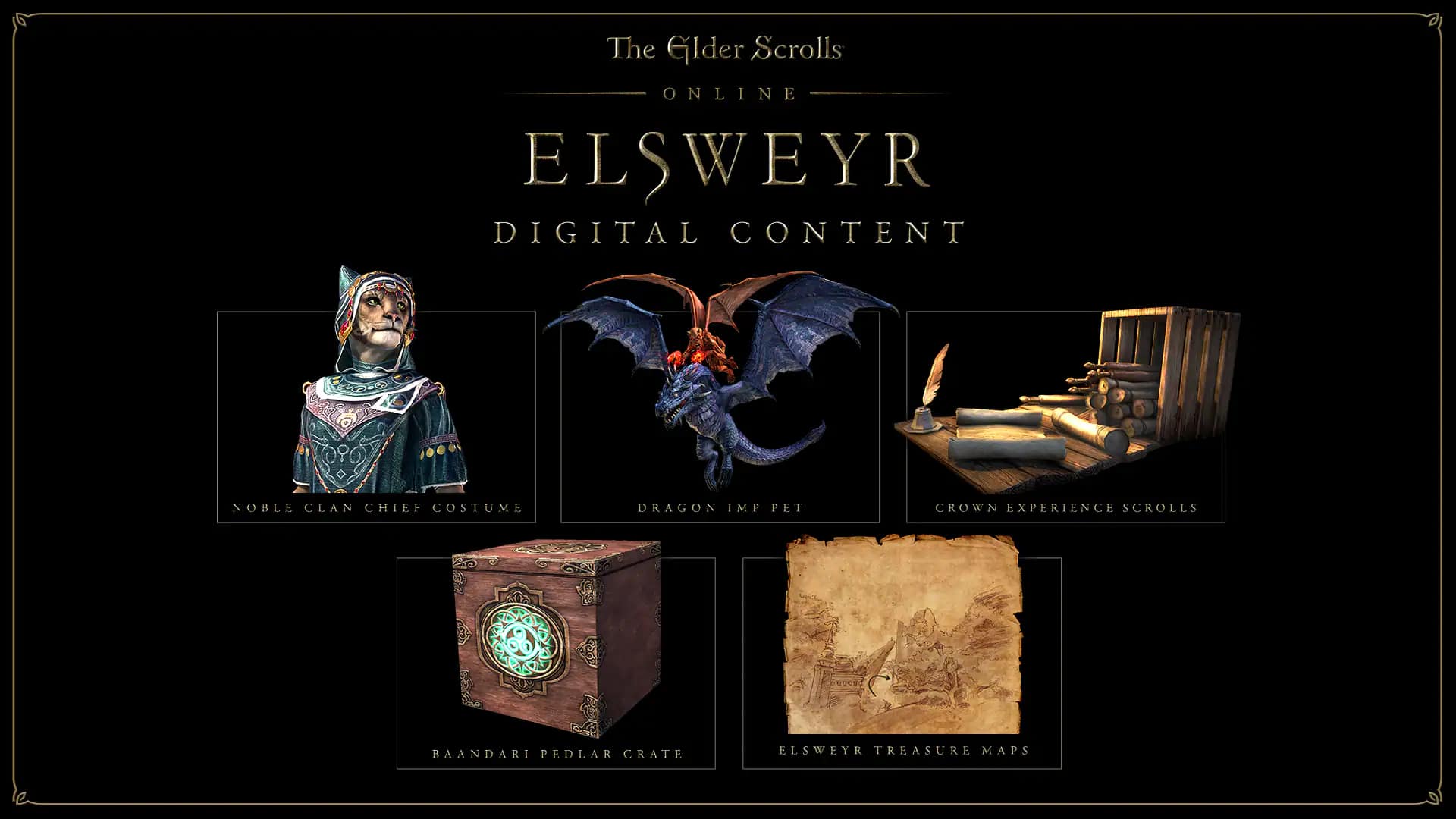 Pre-order Bonus Mount
Additionally, no matter which edition you pre-order you'll also receive the otherworldly horse Rahd-m’Athra as a mount. This will be given immediately after purchasing any Elsweyr edition from Gamesplanet. The pre-order bonus only applies to digital editions of Elsweyr and is not available anywhere else. If you buy the digital ESO: Elsweyr Collector's Edition or the ESO: Elsweyr Standard Edition, you have access to the base game The Elder Scrolls Online and the expansions Morrowind and Summerset immediately after pre-ordering (does not apply to upgrades). The Collector's Edition even contains the contents of the Collector's Editions of Morrowind and Summerset - permanently! You can also buy ESO: Elsweyr Digitally as either Standard or Collector's to continue your adventure in Elder Scrolls Online. After purchase you'll be able to unlock your new mount for use in the game. The Elder Scrolls Online: Elsweyr is launching on June 4th 2019 and you can pre-order one of the four digital editions from Gamesplanet to secure the pre-order extras. Currently we're offering 10% off each version and each one will come with bonuses. PC Players will also be able to get involved earlier as an Early access period begins on May 20th.

I’ve preordered a while ago and still haven’t received my mount , but it’s installed on my xbox

Hey, did you redeem your code on your TESO account? You will find your mount in the Collectibles Menu in-game after your code has been applied to your ESO account.