A living world full of surprises, secrets and danger awaits in The Survivalists, an adventure-filled survival sandbox set in The Escapists universe. Explore, build, craft and even train monkeys with up to three friends in a desperate bid to survive. Have you got what it takes to be a Survivalist?

A world of adventure awaits with The Survivalists - Out Now!

With the jailbreak indie series The Escapists, developer and publisher Team17 on Steam has received much praise with plenty of reviews giving it the "Very positive" and "Extremely positive" ratings. In the same world, Team 17's new Survival sandbox game, The Survivalists is all about adventure and exploration. Visually, the games are very similar, but in The Survivalists you have completely different goals. And you'll be able to achieve them with the help of ... monkeys.

The Survivalists is a fully developed pixelated survival game for indie adventurers. Explore an island full of surprises, secrets and avoid any dangers that lurk in unknown ruins. If necessary, bats can be at your beck and call, although wild animals in particular should not be on the menu at all due to the risk of infection (see 2020). Crafting is also an important focus of the game, as you can make useful items and build buildings from the ground. Whether you're playing the game solo with the single player mode, or opting to co-op multiplayer with with friends. Tame monkeys and they will serve you well.

Is this fun? You can assume so, also because Team 17 is an experienced development team for such a survival game thanks to The Escapists. The launch of the game is also accompanied by a launch trailer, which really whets the appetite for an adventure holiday among monkeys.

A World of Adventure and Possibilities

The island is alive! Your newfound home will change with day/night cycles as you explore and uncover its secrets. Hunt (or be hunted by!) animals for food and an array of mythical enemies, who aren’t necessarily pleased to see you. Get quests from a Mysterious Stranger or find them washed up on the shore. Prepare to trek into a procedurally generated wilderness, with a variety of biomes, for an adventure that’s unique to every player.

Build Together, Survive Together

Finding the perils of island life too much or just looking to share your building expertise with friends? The Survivalists has you covered! Complete joint adventures, gain loot, trade and ultimately survive together and as you and up to three fellow castaways explore an island paradise.

If you’re in need of a builder, a lumberjack or even a soldier, the monkeys on the island can be tamed and trained to help you with everyday tasks or back you up on raids to a fanatic camp! The Mimic System means a wide variety of functions can be performed by your banana loving friends, with monkey management becoming key to surviving the island’s challenges. 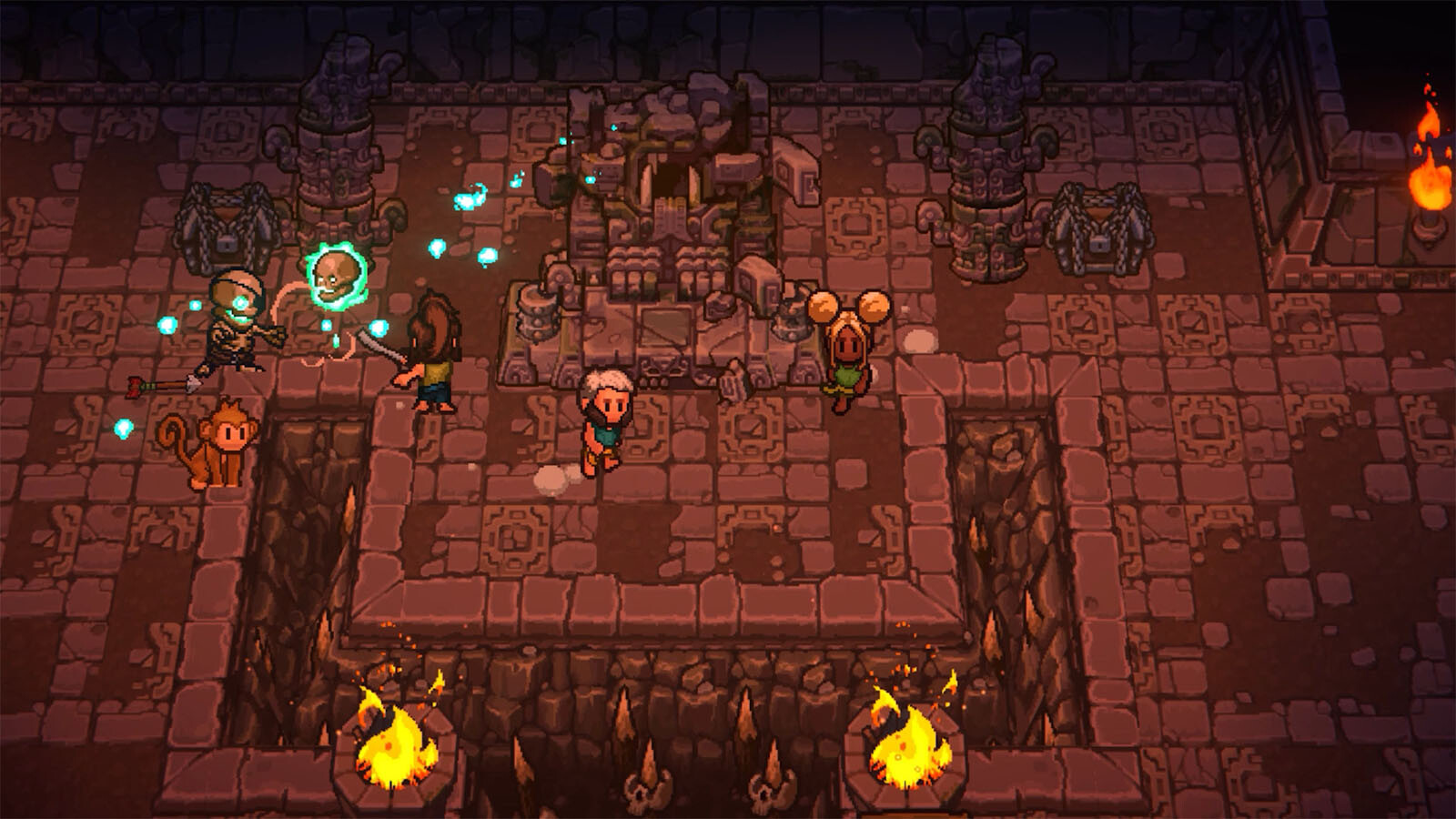 The secret to survival is to make the most of the resources around you. Whether that’s piecing together a primitive axe to chop wood or mixing up a refreshing fruit smoothie to keep the hunger at bay, you can discover recipes and expand your options across food, item or structure crafting trees.

Looking for an epic sword to hang on your hut wall or want to lay waste to encroaching hostiles? What you seek could be in one of the many labyrinths scattered around the island. However, getting your hands on the loot won’t be easy so any would-be raiders will need to prepare for their treasure hunting escapades.

Set sail for adventure with The Survivalists for 10% off the Standard or Deluxe Edition from Gamesplanet!