Imagine making moral choices in a world devoid of morality. Logic rules this world, and every decision is just a set of zeros and ones. Most concepts take a whole new meaning, and some get completely abolished. Luckily reasonable beings, even if not human, always have a choice.

This week sees the release of an exciting episodic story-driven adventure game set in a post-apocalyptic world. You'll play as RT-217NP as he tries to uncover the truth, along the way your puzzle solving skills will be put to the test and experience the world from the perspective a Robot.

I recently got in touch with the Alex Surkov from ComonGames to talk about their upcoming game The Uncertain and find out just what we can expect from Episode 1 and future plans for the game. Gamesplanet: Thanks for taking the time to answer questions for us, could you start by telling us who you are and what your role is on the team?

ComonGames: Hello everyone! Happy to answer. My name is Alex Surkov, I'm the Project Producer.

Gamesplanet: How long has The Uncertain been in development for?

ComonGames: The basic screenplay has been created before we started to work on the project, but we continued writing during the development period and added many details. As we say in Russia, appetite comes with eating :)

The development took about a year and a half. 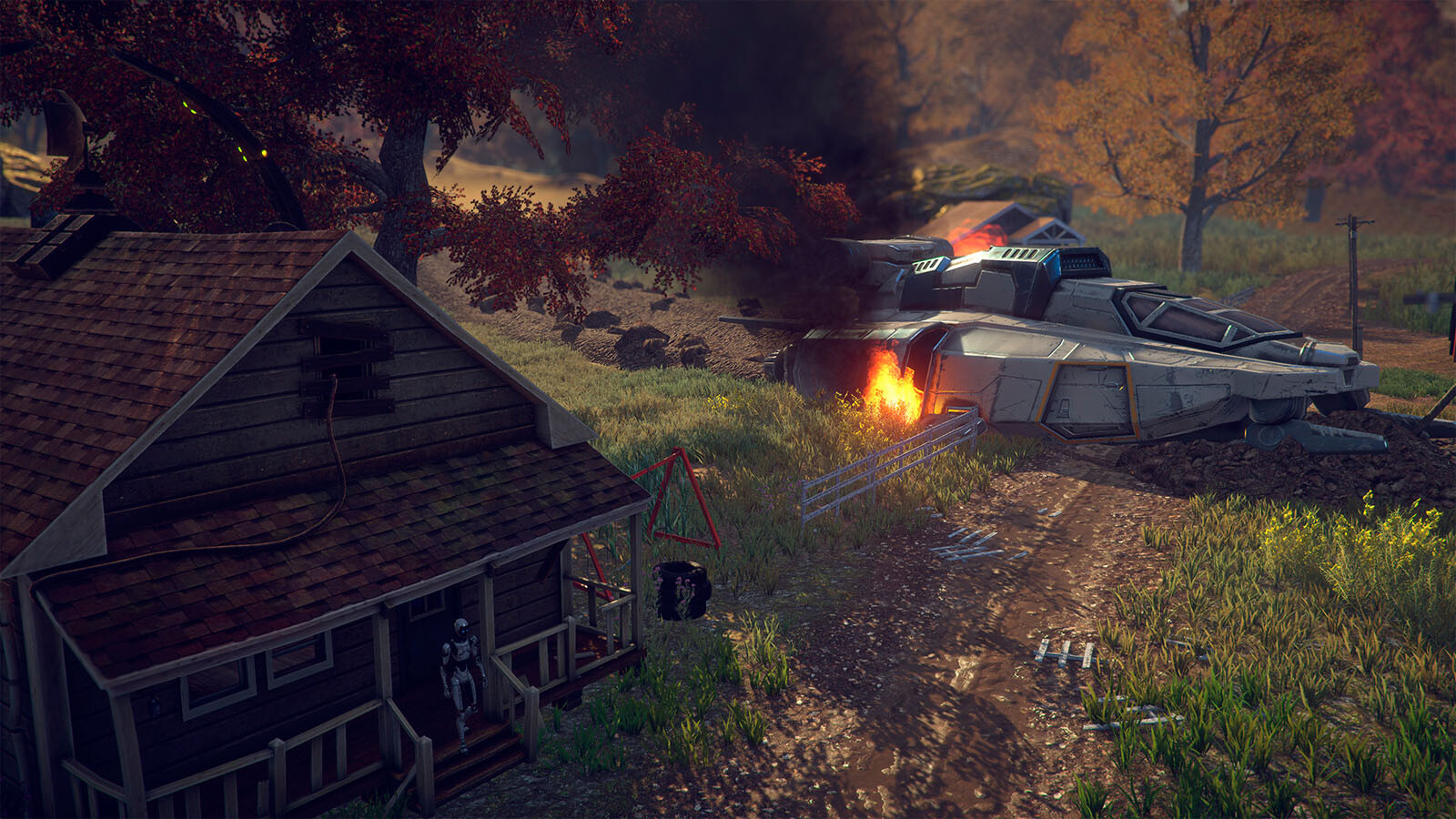 Gamesplanet What are your main inspirations for the game, did other games/books/music/films inspire the project?

Another motive was the popularity dynamics of the Sci-Fi. This trend has always been in high demand in certain circles, but according to Google trends, it grew even more popular in the last few years.

Gamesplanet: If you were to compare the game to another game, what would it closely resemble?

ComonGames: Our favorite childhood games. Space Quest 5, Day of the Tentacle, and The Dig. And the Telltale Games, like The Walking Dead and Wolf Among Us, inspired us to create something of the sort. 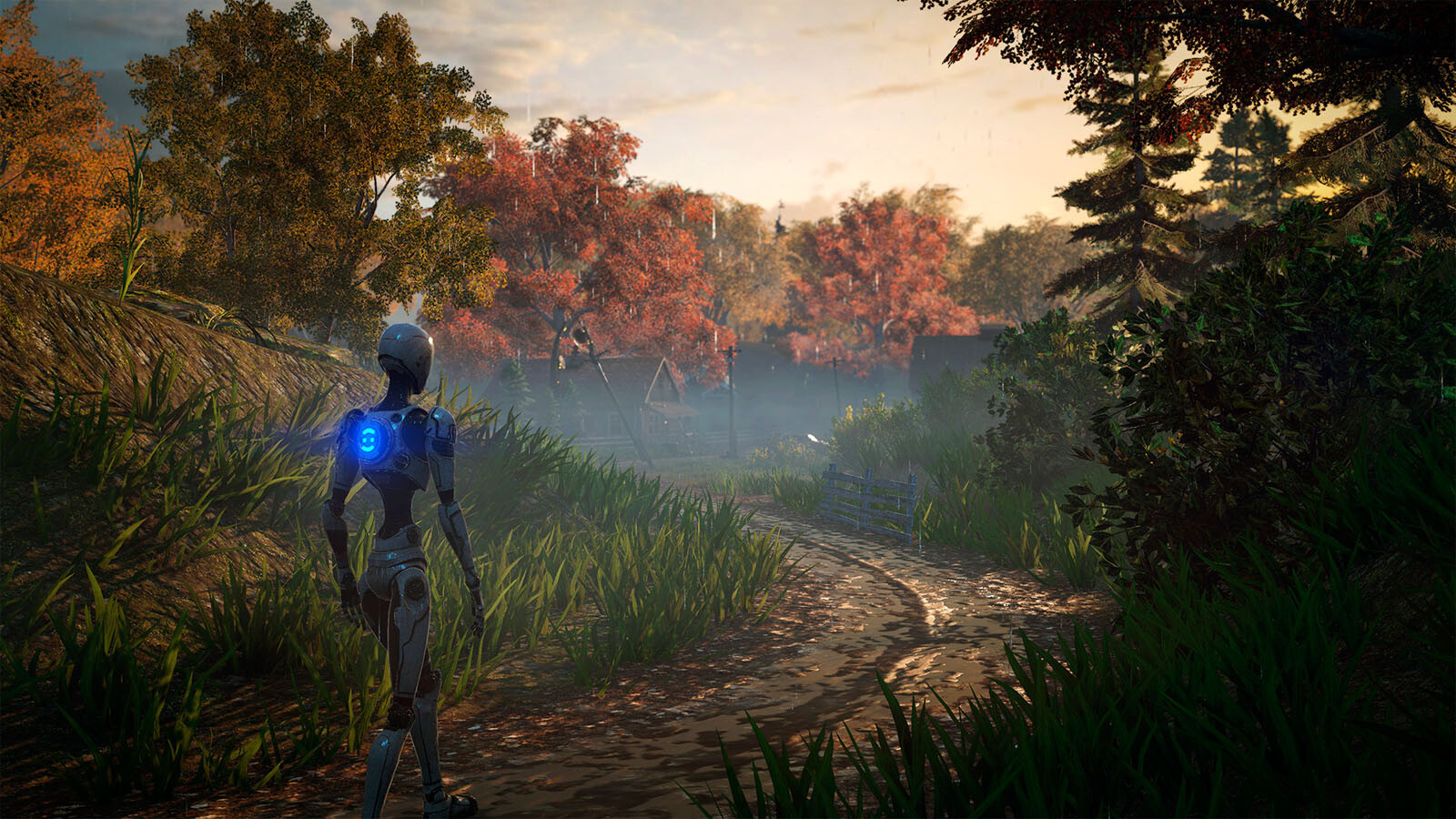 Gamesplanet: Can you tell us a little more about the story? What can we expect with RT-217NP?

ComonGames: The Uncertain is an adventure episodic game laid in a post apocalyptic world. In the 1st episode of The Uncertain the player sees the world through the eyes of an engineering robot, who is unusually curious about humanity, long extinct in deadly wars. The player immerses himself in the mysterious atmosphere of locations, solves tricky puzzles, makes life changing decisions and finds the hidden truth.

Gamesplanet: Will you be moving to other platforms in the future? Such as Console or MAC/Linux.

ComonGames: Yes. We plan to launch on those platforms. The project has been approved by Sony PlayStation and Microsoft Xbox One.

Gamesplanet: As The Uncertain is an Episodic Game, how frequent will the episodes be delivered and how many episodes will you feature?

ComonGames: We plan to do 3 episodes, available for purchase separately as well as all together. If the players like our project, we would be happy to add new episodes to the first season of the game.

Gamesplanet: What are things you're most proud of from creating The Uncertain, is there a stand out feature you're happy with?

ComonGames: It's definitely the unique atmosphere of the game! It immerses the player into the gaming world, makes him put the reality behind, which is any game developer's dream. And of course, it is crucial for an “interactive movie” game, like ours. We could reach this effect by working with the camera: the visual component is quite special, because it is very cinematic. We are certain, that it intensifies the participation effect - and our players concur.

The background music also contributes to the atmosphere. Our sound supervisor created a soundtrack, which accurately represents the spirit of the game and helps the player to get a feel of The Uncertain. So when you buy the game, we recommend you to get a good pair of headphones - this will guarantee you a few hours beyond this reality.

The graphic component is equally important. Many games of this genre have stylized graphics. There is even a huge trend of 8-bit style games. But we prefer realistic and vivid graphics. In The Uncertain, we use the Unity engine, which allows us to create high quality images. And with the support from NVIDIA, we managed to reach a very decent image quality, especially for an indie project. 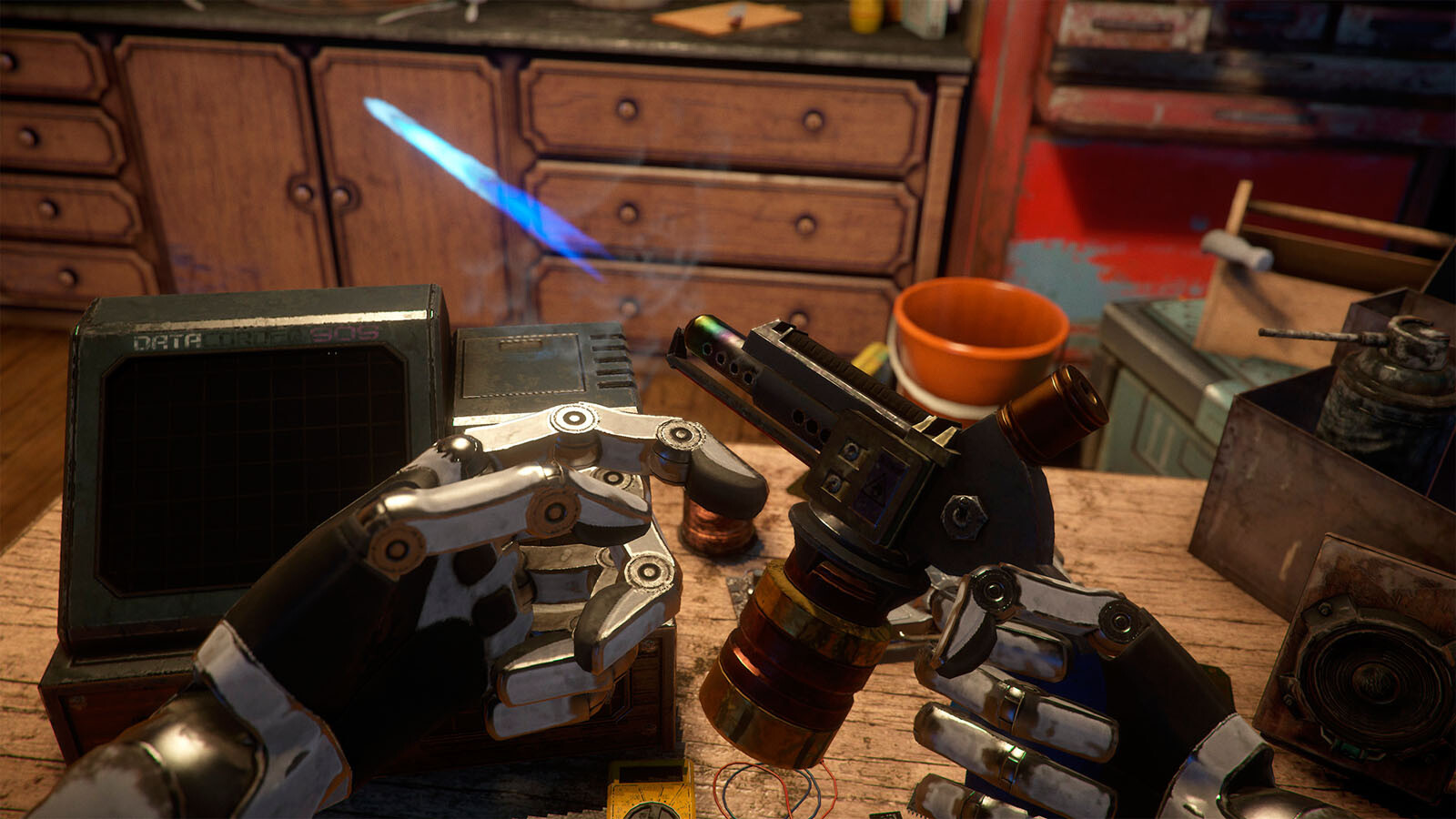 Gamesplanet: How do the puzzles drive the experience, does choice matter in the game and will it have an impact on the story?

ComonGames: Actually The Uncertain is not only an adventure with puzzles, it's mix of genres.
It is only basically an adventure: you gotta rack your brains exploring the gaming world, interacting with items, and solving puzzles. The Uncertain borrowed a bit from “interactive movie” games - the player will lose himself in the exciting gameplay and appreciate catchy plot twists. There is also some action: from driving an aerocar to stealth missions. And yes, choice does matter in some kind :)

Gamesplanet: How long will Episode 1 be roughly?

ComonGames: It will take about 4 hours.

Gamesplanet: What will be your plans after launch, I imagine working on the additional episodes and bug fixing (if any)?

ComonGames: Can't say for sure. It's really depends from on how well the game performs and how the audience feel about it. 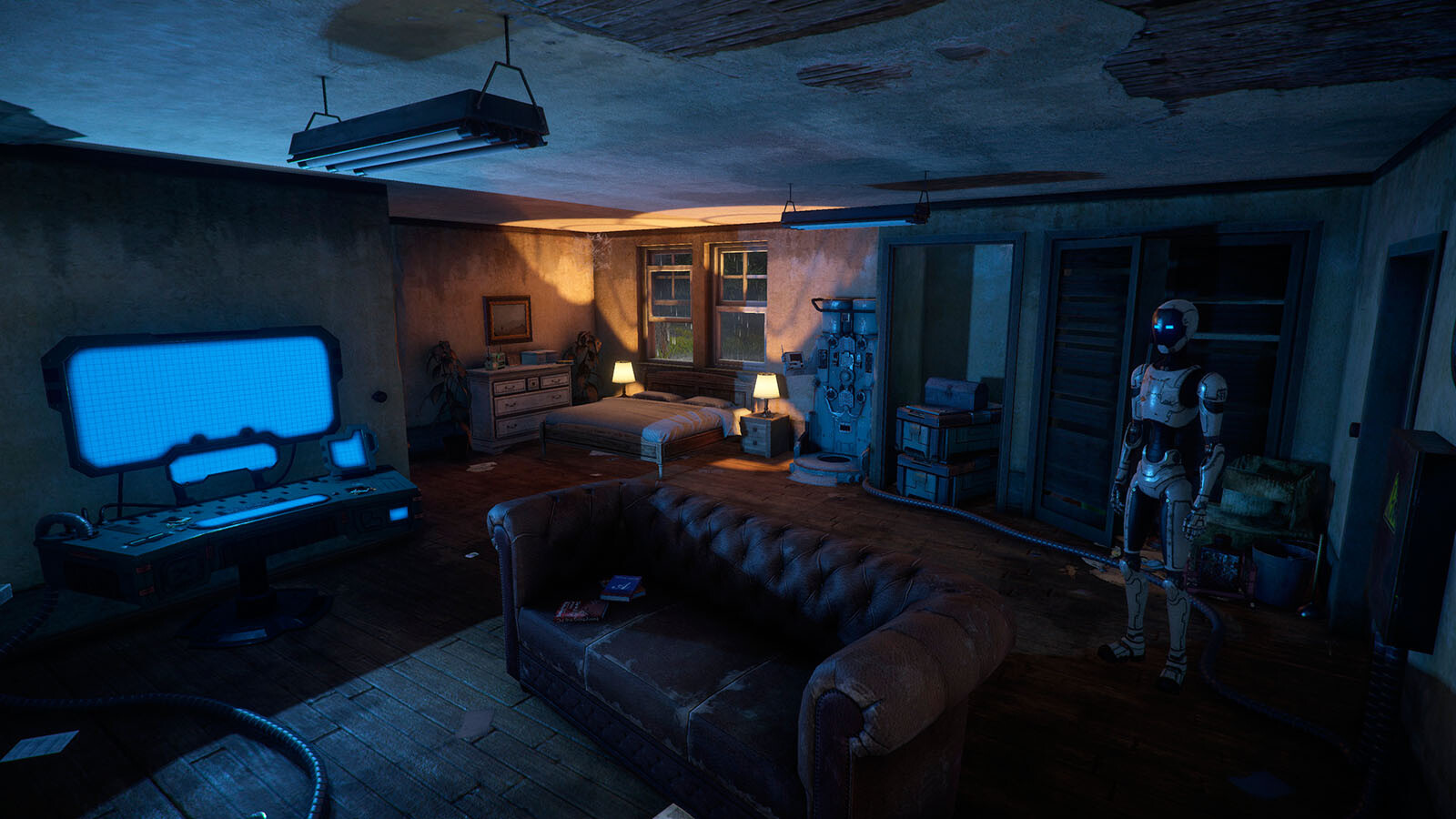 Gamesplanet: Looking forward to the release, is there anything else you'd like to tell people about the game?

ComonGames: What is a person? Where lies the difference between a human and a machine? These are the eternal questions, which will always occupy our minds. We are curious about matters, that have no answers. A human, well, in our case - a player, seeks to learn new things, explore the world, gain information so he could answer these eternal questions. And by this game we are trying to make a small contribution to the global discussion on these 'major' topics.

The Uncertain - Episode 1: The Last Quiet Day is out on PC this Thursday (September 22nd), you can pre-order the game right now for 10% off!