Become a Ghost, fighting against a rogue spec ops faction called the Wolves, in the latest Tom Clancy's Ghost Recon®!

Ubisoft celebrates the upcoming 20th Anniversary of the Ghost Recon with us scheduled from October 5th to October 11th, 2021. 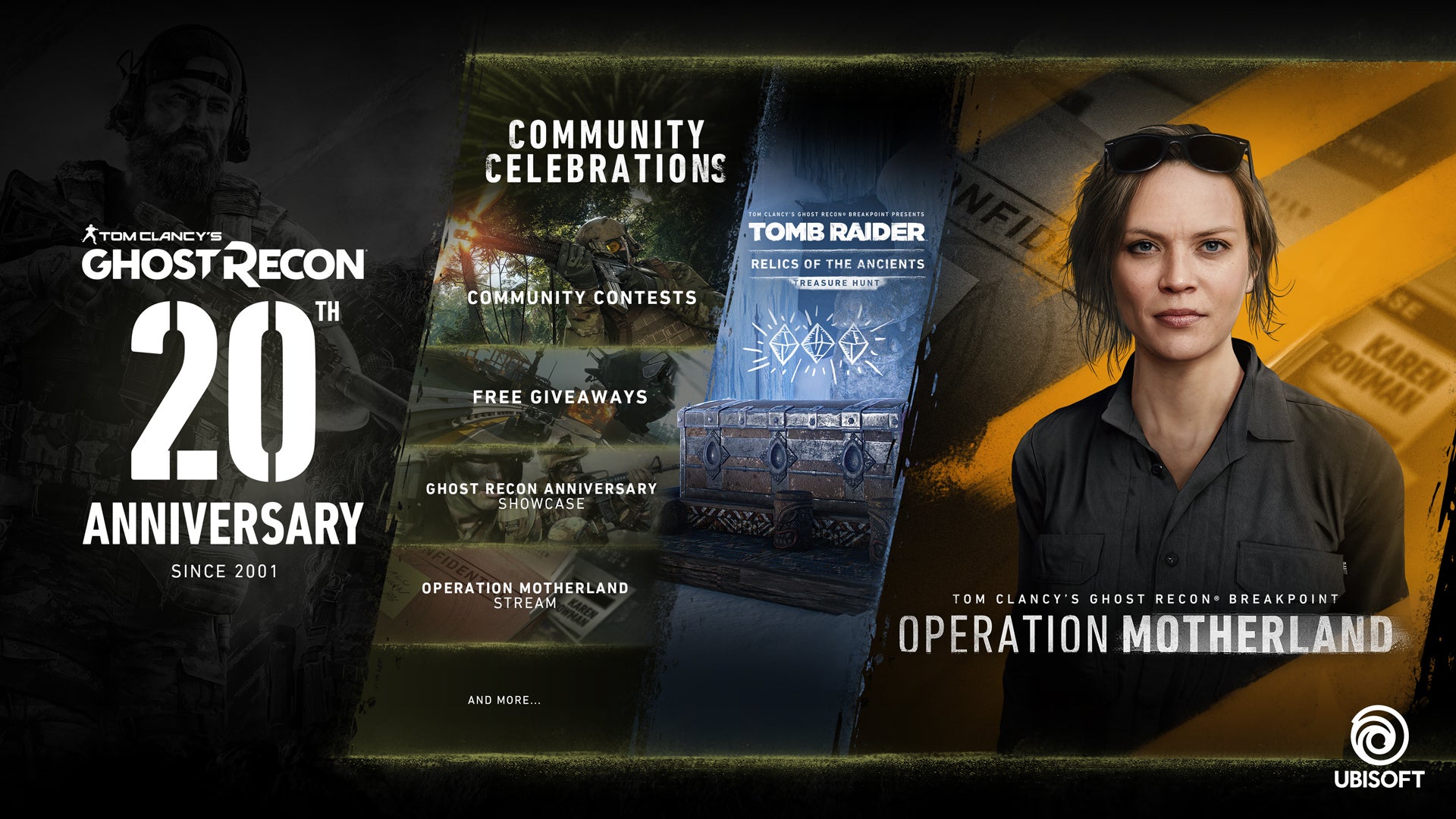 As part of the announcements and showcase, the DLC Deep State Adventure DLC will be a gift during the event. We also have some offers for the Ghost Recon series!