Take cover as Rainbow Six Siege Year 6 begins, and to celebrate Ubisoft are giving you a chance to play the game for free from March 18-25th. Plus, you can save on all editions of the game with our promotion!

The tactical FPS giant Rainbow Six Siege is celebrating their 6th anniversary this year, and to mark the occasion Ubisoft are giving all players a chance to try out the game for themselves with a free week from March 18th - March 25th. Additionally, they're releasing brand new Year 6 Editions on the game and you can save on all versions with us until April 8th!

Year 6 kicks off with the Crimson Heist, and as you'd expect a range of new operators will be making their appearance starting with Flores who is able to use their RCE-Ratero Charge from a distance to scout a location and detonate for destroying doors or anything else that may be in the way.

Aside from new operators, maps and reworks to the core gamepla, one of the biggest changes will be the Year 6 Battle Pass, which is replacing the Annual Pass to allow players to try out new operators when a season releases at no additional cost. Those who do have have the Battle Pass will be able to play with the operators 2 weeks early, while those who do not get the Battle Pass will have to wait for the exclusivity period to end.

How to play Rainbow Six Siege for free

Ubisoft invites you to take part in the the Free Week page. Download Rainbow Six Siege for free via Ubisoft's client software Ubisoft Connect (Uplay) on your PC. After installing and launching the software, you simply log in to your Ubisoft account, select the game from Ubisoft's virtual shelves, and shovel the data onto your disc without spending a dime. Of course, if you don't have an Ubisoft account yet, you'll have to register first.

Save on Rainbow Six Siege at Gamesplanet

If you like Rainbow Six Siege and want to continue taking on terrorists you can pick up the game from us with our promotion on all versions of Rainbow Six Siege Year 6 until April 8th. All progress made during the Free Week will carry over should you decide to get the full game. 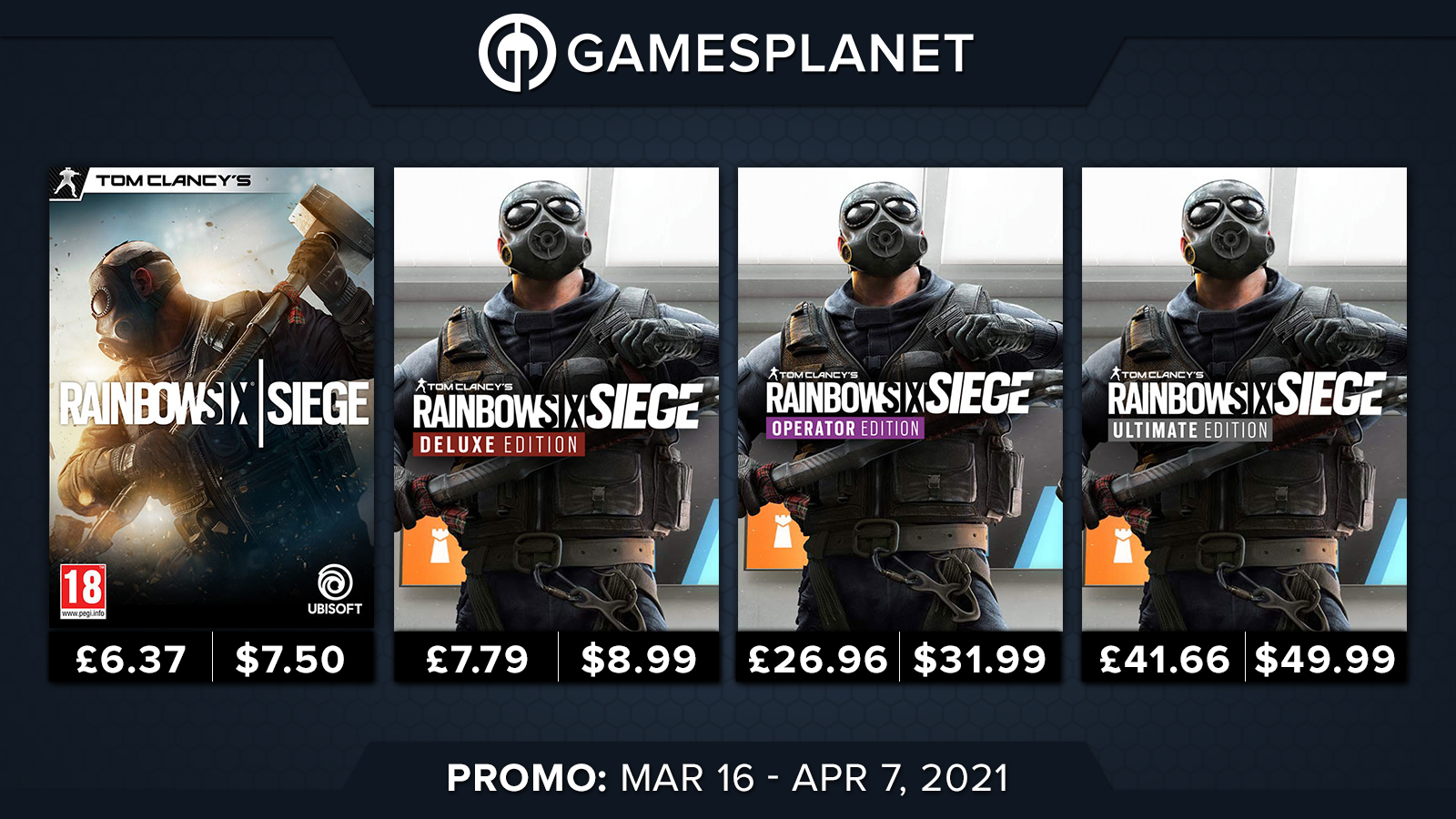