Play The Division for FREE This Weekend, May 4th - May 7th!

Ubisoft allowing players to get hands on with another free weekend for The Division, progress carries over if you purchase the full game.

Did you explore the streets of New York with Tom Clancy's The Division yet? No? Well then you're in luck as Ubisoft are doing yet another Free Weekend for the game this weekend (May 4th - May 7th), which will allow you to try the game for free. Players can play the entire base game for free (no expansions) and even get involved in the Dark Zone PVP Area, where even the toughest people face a challenge against one another.

You can start playing from 8am BST tomorrow (on console) until May 8th at 8am BST. PC Players will be able to play from 6pm BST tomorrow until 9pm on Sunday May 7th. Here are the times for other regions below: 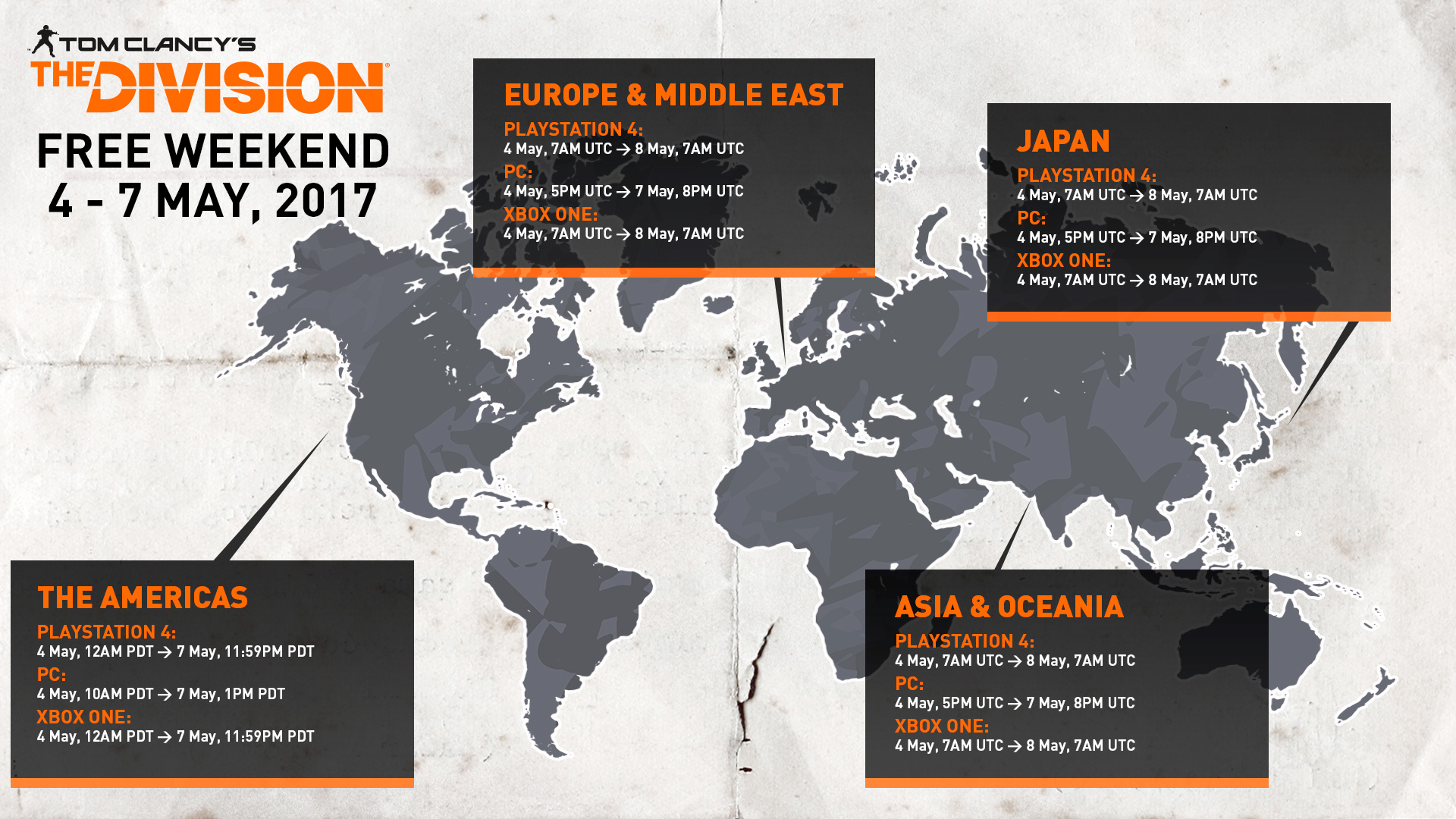 If you play the game and later decide to get the full version you will be able to continue progressing at the point in which you left off during the free weekend. The Free Weekend will be available on PC, Xbox One and PS4.