The second in a trilogy and sequel to the award-winning Total War: WARHAMMER, Total War: WARHAMMER II brings players a breathtaking new narrative campaign, set across the vast continents of Lustria, Ulthuan, Naggaroth and the Southlands. The Great Vortex Campaign builds pace to culminate in a def...

The Skaven strike back in the upcoming Total War: WARHAMMER II DLC The Prophet & The Warlock, which launches next week on April 17th. Pre-order today to save 15% off!

Set foot into the jungles of Lustria next week when The Prophet & The Warlock DLC for Total War: WARHAMMER II launches on April 17th. While Sotek, the great Seprent-God sleeps, his prophet Tehenhauin prepares for battle. Using his army of Red Crested Skins to do his bidding against the foul Skaven that have plagued the jungles. In this brand new DLC, players will be able to play as two new legendary lords - each with their own quest chains, legendary items and skill trees to unlock. Play as either the Skaven or Lizardmen with new mechanics and units, such as the arch Warlock Engineer Ikit Claw, who can build deadly weapons in the Forbidden Workshop.

Unleash powerful attacks that can cause massive destruction with the Clan Skryre Doomrocket or summon the mighty Serpent-God himself with the Great Invocation of Sotek. You can even unlock new Regiments of Renown to use in battle as you recruit and field your units. Which faction will come out on top? Find out next week when the DLC launches on April 17th. Take a look at the trailer and what's included with the DLC below! 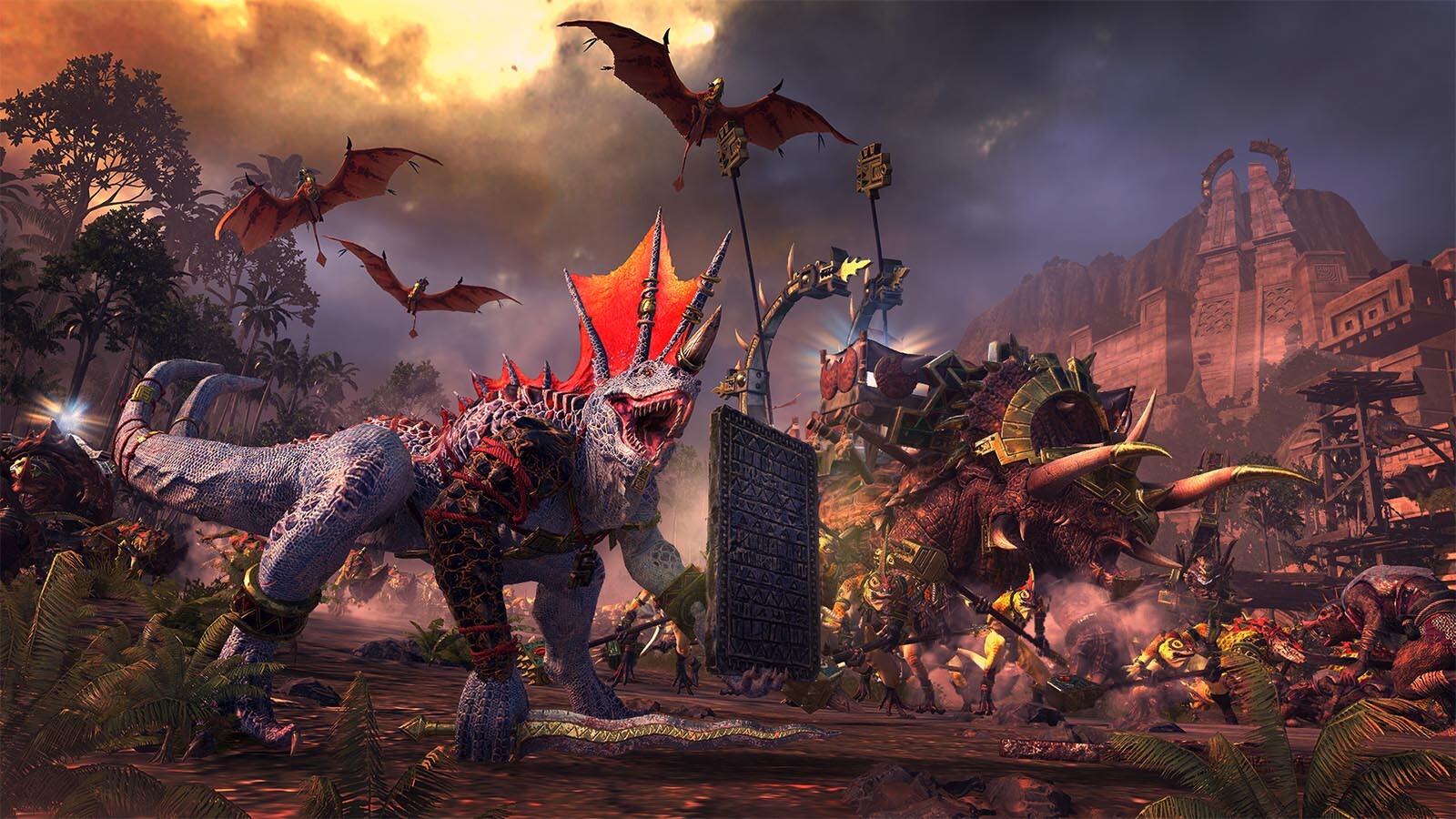 Total War: WARHAMMER II - The Prophet & The Warlock launches on April 17th. Pre-order the DLC today to get your key instantly and save 15% off!