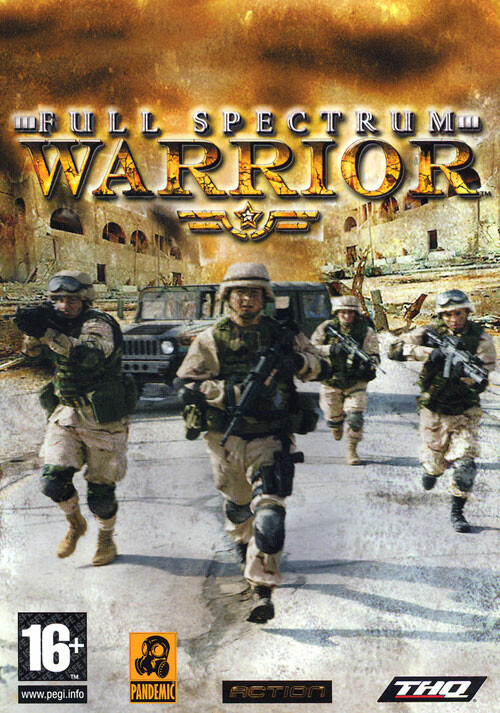 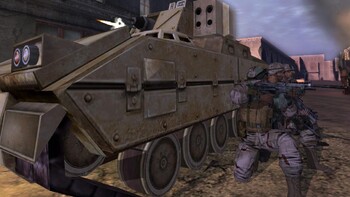 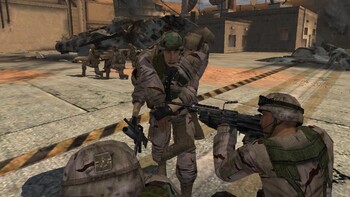 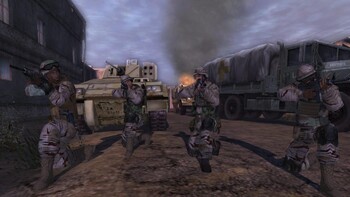 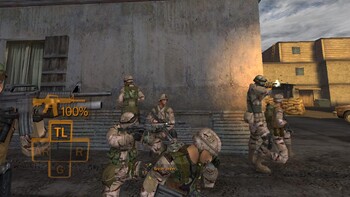 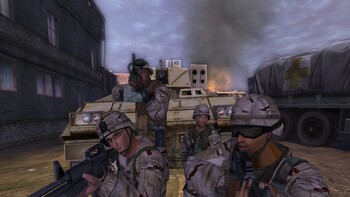 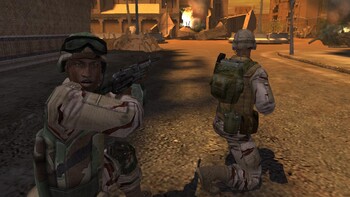 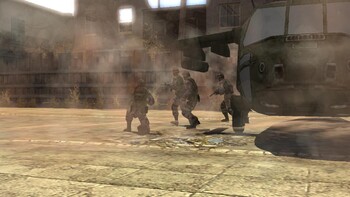 Buy Full Spectrum Warrior as a Steam key at Gamesplanet.com

You command a dismounted light infantry squad, a highly trained group of soldiers who understand how to operate in a hostile, highly populated environment. This field manual provides you with the basics to get you started. The rest you'll pick up in hands-on training. Your squad has two teams, Alpha and Bravo. You'll use these two teams together to move safely through dangerous environments that would be deadly for a single team. Each team has four soldiers in distinct positions. They have been taught to work together, each with assigned duties and set scanning sectors. We spent years training them so you can focus on larger issues.

The Team Leader is the highest ranking infantryman on your team. He's an experienced soldier who has done served in all three fire team roles. He issues commands to the team: both the commands you give and other spontaneous commands that will save his men's life under fire. Your TL performs several special functions explained later in this guide, including checking corners, reporting to the platoon leader, and consulting the GPS.

The Automatic Rifleman, or SAW gunner, wields the M249 Squad Automatic Weapon. The AR has field experience, and steps up as the Team Leader if the TL is incapacitated. In addition, the high-powered SAW enables the AR to tie down enemies and help your team move safely under fire.

The M203 Gunner carries an M4 rifle with the M203 Grenade Launcher attachment. This enables him to fire normal rounds as well as more specialized, powerful M203 shaped charges. He can send these grenades down-range much farther than a soldier can throw frag grenades, and they can take down an enemy's cover with a single strike.

The Rifleman has the least experience of soldiers on the fire team, but don't underestimate him--he's had extensive training. The Rifleman fires rounds from his M4 where you direct him, and he also gives aid to downed soldiers in the field.