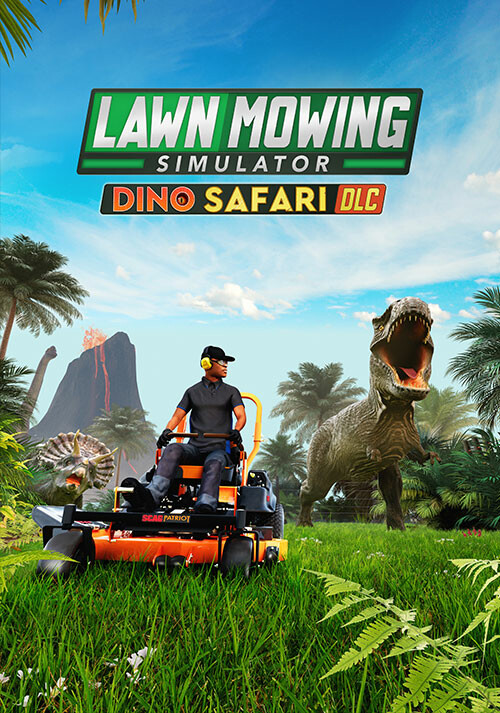 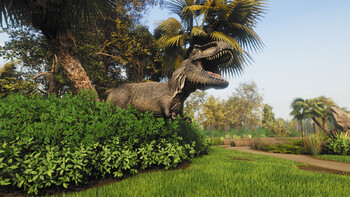 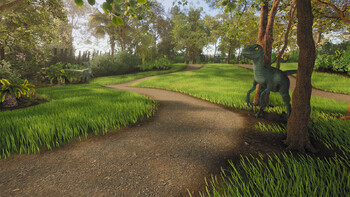 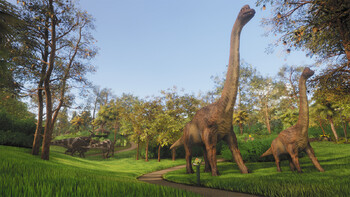 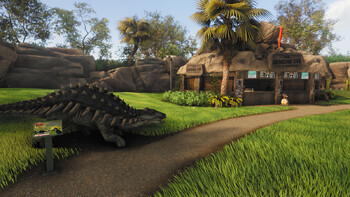 Dino Safari first opened its doors in 1994 to capitalise on the mainstream obsession with all things prehistoric, and is proudly still going strong today. This beloved local location is one of the area’s premier tourist attractions, transporting kids and adults alike into a bygone time around its proud central volcano. There are four main zones containing eight dinosaurs whose grounds need maintaining… if you’re brave enough!

T-Rex Paddock
The notorious Tyrannosaurus Rex is the favourite dinosaur of many, and you can follow its footprints into the T-Rex Paddock. Carefully trim around these prints to keep them visible and pristine for Dino Safari’s guests!

Cretaceous Canyon
The Cretaceous Canyon is called home not only to more unique archaic creatures but also the park’s Cretaceous Café, where all ages can enjoy a bite to eat. Unfortunately, some of the guests’ manners could also be described as archaic – so you’ll have to make sure to keep the area in tip-top shape with both cutting and litter contracts.

Raptor Enclosure
Follow the winding trail through thick bushes to the Raptor Enclosure; possibly the most dangerous of all Dino Safari zones. Make sure that even the most petrified of guests stop for a second to admire the pristine surroundings before continuing their escape from the resident Velociraptors.