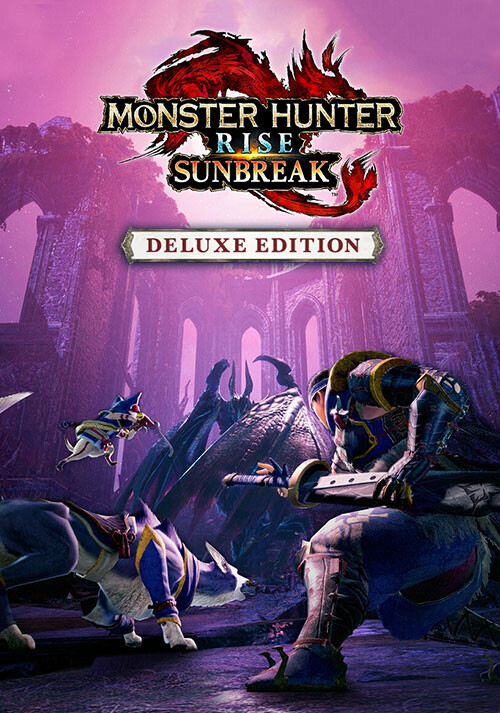 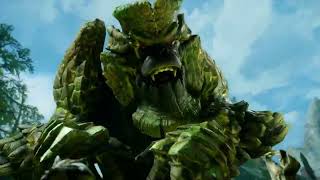 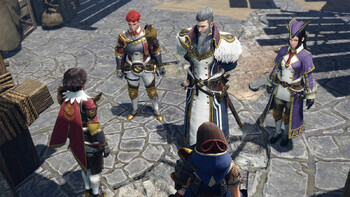 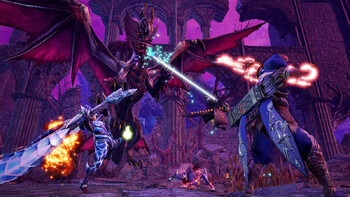 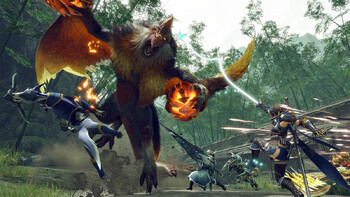 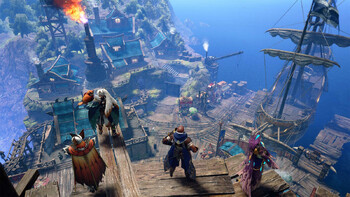 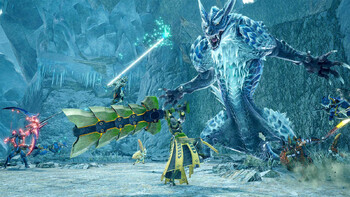 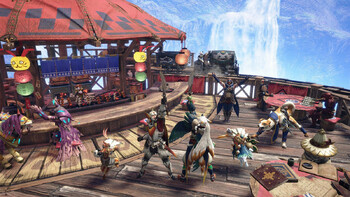 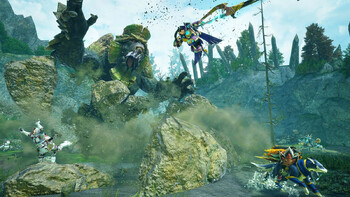 With the release of Monster Hunter Rise: Sunbreak just days away, Capcom has released a new trailer that provides some answers and questions, as well as new gameplay footage from the expa...

Monster Hunter fans have been eagerly awaiting the unveiling of the Sunbreak DLC. Capcom has finally unveiled Monster Hunter Rise: Sunbreak in detail and will be coming to PC soon on June...

Enjoy a bundle of great additional content together with the massive expansion Monster Hunter Rise: Sunbreak in this Deluxe Edition!

Contains the Sunbreak expansion and the following DLC:

Note: Layered armor is a "skin" which changes the appearance of the character without affecting their stats and abilities. The additional content included in the Deluxe Edition is also available separately as the Deluxe Kit standalone upgrade.

The world of Monster Hunter Rise gets bigger and deeper with this massive expansion featuring new monsters, new locales and more!

A new adventure in a distant land
Renowned as the "Fierce Flame of Kamura” since the events of Monster Hunter Rise, you must set sail to uncover the cause of a terrible threat facing a kingdom across the sea!

New enemies arrive, old foes return
Arriving in Elgado Outpost, you discover that the abnormal events threatening this kingdom are caused by Malzeno, Lunagaron and Garangolm – terrifying monsters known locally as the Three Lords. In addition to these new enemies, You must also face old foes as series monsters not featured in Monster Hunter Rise make their return!

Deeper gameplay
Your trusty Wirebug returns and is more useful than ever, with the addition of new abilities for all 14 weapon types that bring a new level of flexibility and depth to the hunting action.

A colourful cast of characters
Your new base of operations features a variety of locals to interact with, each with their own charming personality. Sometimes they will need your hunter’s help, and sometimes they will be the ones who help you out!

Note: You must own Monster Hunter Rise in order to play this expansion. Sunbreak content is accessible after completion of the 7-star Hub quest “Serpent Goddess of Thunder”.

1080p/30fps when graphics settings are set to \"Low\". System requirements subject to change during game development.

"Monster Hunter Rise Sunbreak is more of the same for Rise fans, which is great, but the lack of truly 'new' stuff is disappointing."

"With so many good brawls in Sunbreak, it’s frustrating that it falls victim to one of the biggest villains in AAA video games: bloat. I’d much rather see Sunbreak offer a shorter..."

"Monster Hunter Rise: Sunbreak is an enjoyable expansion full of cool new monsters but not many new ideas."