Add Sherlock Holmes The Awakened Deluxe Edition to your wishlist 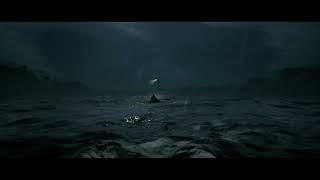 Buy Sherlock Holmes The Awakened Deluxe Edition as a Steam key at Gamesplanet.com

A Lovecraft meets Sherlock Holmes crossover, The Awakened puts you up against the legendary Cthulhu Mythos. Investigate a series of mysterious disappearances, apparently linked to a dark cult that worships an Ancient God. Whatever their plan is, you must put a stop to it… or face unspeakable consequences.

For the first time in his life, Sherlock is truly afraid. A man of rationale and reason, he faces an otherworldly entity that defies all logic, and this discovery is as enlightening as it is shattering. The pursuit of the truth pushes Sherlock to the verge of madness, and it’s the only story that Watson will never publish.

Taking place in 1884, The Awakened lifts the curtain on how Sherlock and John, mere roommates at the time, became the world-famous crime-solving duo.