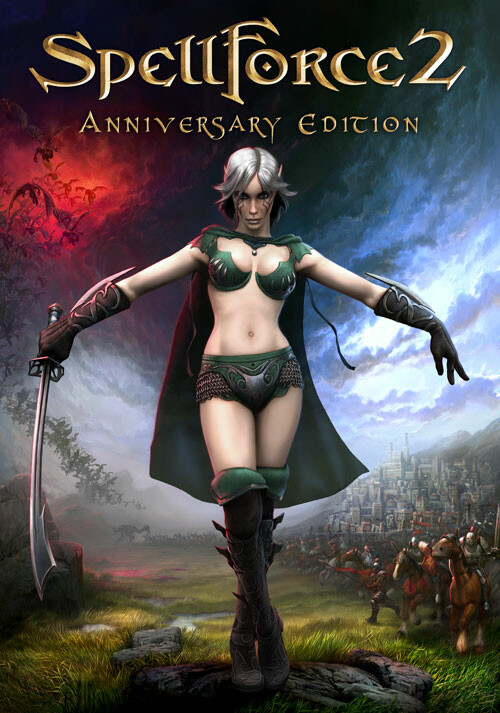 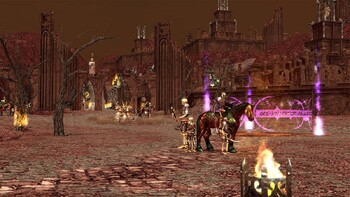 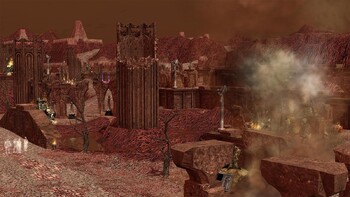 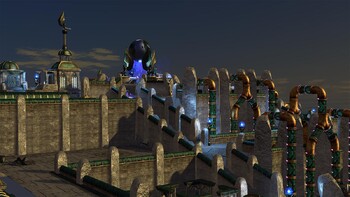 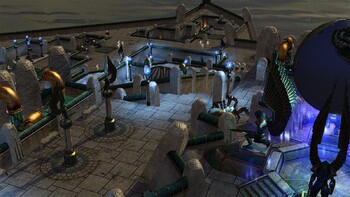 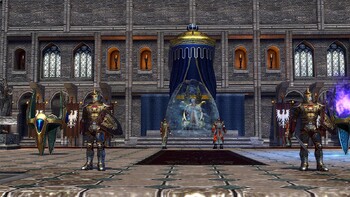 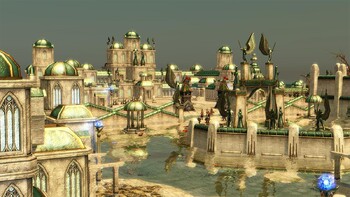 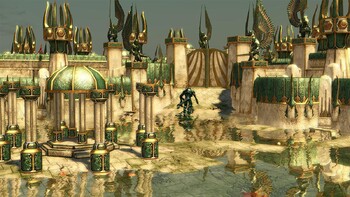 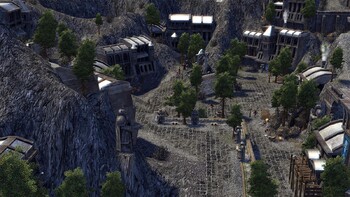 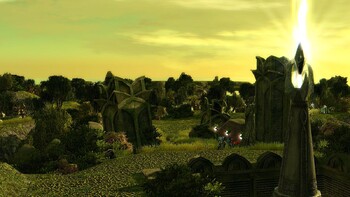 Buy SpellForce 2 - Anniversary Edition as a Steam key at Gamesplanet.com

In SpellForce 2 - Shadow Wars, the player takes over the role of the Avatar, preventing the world of Eo and its many races from being overrun by a sinister new enemy. You will be able to solve quests and overcome obstacles as in classical RPGs, but also experiences strategic challenges while leading armies as in an RTS - thus offering a complete synthesis of both genres in a perfect blend.

You as the Avatar will try to resist the invasion of the Pact, forcing you to forge new alliances to oppose them... but you soon realize that even more sinister forces are at work right within your own body. You will in turn lead each one of three factions, The Realm, The Clan and The Pact and build bases to gather resources and rally troops - to prepare for the epic battles that are the hallmark of SpellForce! You will also be supported by a band of heroes who are customizable with a multitude of unique skills, spells and a great variety of items, weapons and armor.

The magical portals, the only links between the shattered islands of Eo, are losing their powers. On a dangerous mission to save them, the Shaikan discover the ruins of an ancient culture that once carried incredible power: The Shapers. Two of them survived the war, which had brought an end to their dominion, in an ageless slumber - but now one of them has been awakened. His power, born of magic believed lost, threatens Eo like no other enemy before, but there are hints of a lordly race, thought to have died out long ago, and with these hints comes hope for powerful allies: Dragons.

Additional Notes: Nvidia GeForce 8800 / AMD Radeon HD 3870 or better. Other cards may work, but are not explicitly supported.

Some functionality is not accessible when using the default controller configuration, requiring use of the touchscreen or virtual keyboard, or a community configuration
This game sometimes shows mouse, keyboard, or non-Steam-Deck controller icons
Entering some text requires manually invoking the on-screen keyboard
Some in-game text is small and may be difficult to read
This game's default graphics configuration performs well on Steam Deck
This game does not default to external Bluetooth/USB controllers on Deck, and may require manually switching the active controller via the Quick Access Menu