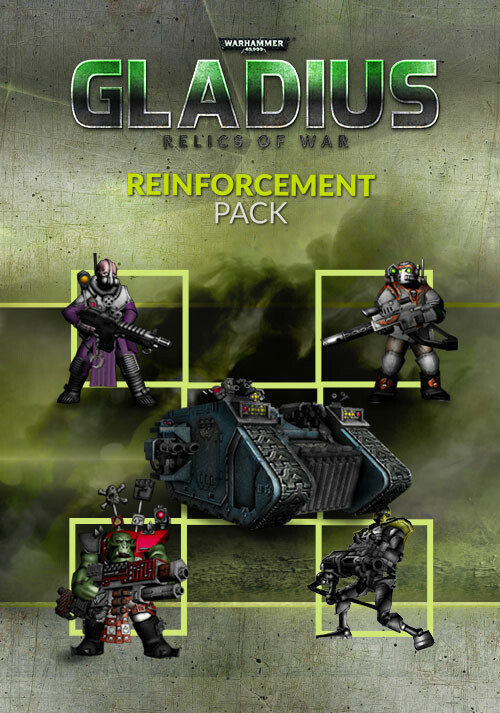 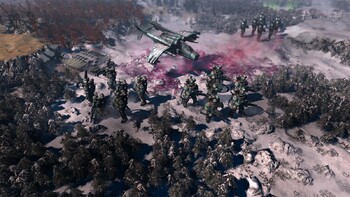 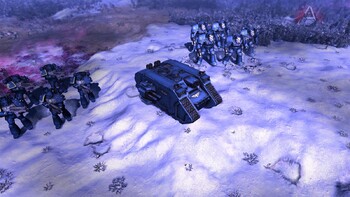 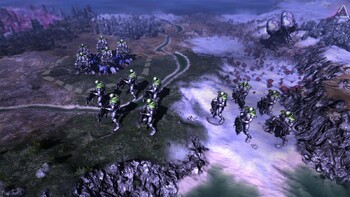 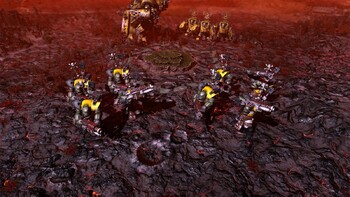 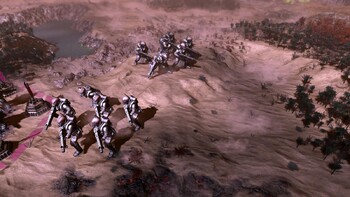 Reinforcements are deployed on the frontlines as war intensifies. The high commands of the four armies fighting over the control of Gladius Prime send in squads that could tip the balance of power. But a new insidious enemy lurks in the shadows: they have bid their time, and they are now ready to strike…

The Reinforcement Pack brings five new units to the battlefields of Gladius Prime!

One new unit per faction, plus one for neutrals, filling a new role in battle and increasing the strategical options available to all commanders.

Tempestus Scions (Astra Militarum)
Militarum Tempestus Scions are often viewed with fear or resentment by the regular troops - nicknames such as 'glory boys' and 'big toy soldiers' are common. Yet this rancour is nothing to the Scions themselves. Trained in covert operations and rapid insertion strike-tactics, they go to battle confident that their every deed is for the good of the Imperium itself.

Immortals (Necrons)
Even before biotransference, the Immortals were the elite soldiers of the Necrontyr and marched at the forefront of their galactic conquests. Reborn into tireless metal bodies, they are now the shock troops of each tomb world's armies. Where Necron Warriors are but fodder to be fed to the guns of the foe, Immortals are far more valuable to their Overlords and will be deployed accordingly. Heavily armed and armoured, they will stop at nothing in the completion of their masters' goals, and will often be found at the heart of any crushing offensive or punitive counter-attack.

Flash Gitz (Orks)
Amongst the richest and most obnoxious of their warlike breed, Flash Gitz travel the galaxy engaging in acts of outrageous piracy and wanton vandalism. They hire themselves out as mercenaries to Ork warbands, basking in the envy of Boyz jealous of their flashy kit and prodigious dakka. Despite their ostentation, Flash Gitz give a Warboss all the killpower he pays for. Completely lethal in gun battles, boarding actions and the like, a mob of Gitz opening fire is nothing short of cataclysmic. A punishing hail of energy bolts and bullets fills the air, the Flash Gitz’ victims coming apart amid sprays of blood and blossoms of flame before the Gitz stomp the life out of anyone left standing.

Land Raider (Space Marines)
The ground trembles and enemies flee in fear as the mighty Land Raider advances into battle. Massively armoured and all but unstoppable, the noble war engine smashes through walls and grinds over wreckage while drumming volley after volley of fire into the foe. Beams of incandescent energy slam into enemy tanks, knifing through their armoured hulls and reducing them to blazing fireballs. Thudding bolt shells punch into the flesh of the foe before detonating in shocking sprays of gore. The kill count climbs with each passing moment as the Land Raider advances across the war zone, especially once the tank’s assault ramp slams down and its Adeptus Astartes passengers charge out to add to the carnage.

Neophyte Hybrids (Neutral)
Each cultist is spry and tough of build - weathered over a lifetime of hard labour, their physical strength and reaction is bolstered by the alien genes lurking within. Neophyte Hybrids do not bear the outward hallmarks of the Patriarch's sacred touch; as their brood leaders tell them, their blessings are of the soul more than the body. These third and fourth generation hybrids can pass for human - some are even cunning enough to infiltrate the Astra Militarum. When the cult goes on the attack, these Neophytes show their true colours. Surging from sewers, catacombs and shadowy barracks, they swarm their enemies in such number they can seize control of a planet's defences within the first hours of conquest.