Not much longer to go now until one of the biggest sequels of the year arrives next month with the launch of DOOM Eternal on March 20th. One of the new modes this time around will be the inclusion of the 2v1 Battlemode, that sees 3 players going head to head with one being the Slayer and the others taking control of demons. Players will have a variety of moves at their disposal and the goal is to eliminate the opposing team by any means necessary. Demons can spawn enemies to slow down the Slayer, while the Slayer has a full range of weapons and powerups ready to unleash hell on any foe that crosses their path.

In this new gameplay footage from IGN we get a taste of the action with 12 minutes of 2v1 multiplayer mayhem! 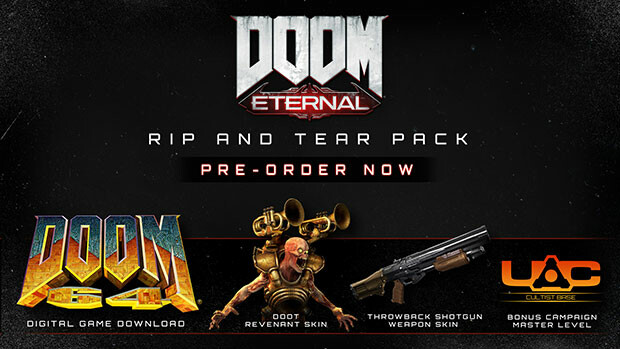 DOOM Eternal is launching on March 20th 2020, pre-order any version of the game to get DOOM 64 and the Rip and Tear Pack for free!