The fourth installment of the game that defined the Grand Strategy Genre. Europa Universalis IV gives you control of a nation to guide through the years in order to create a dominant global e

Relive the days of empire building as the Europa Universalis IV: Golden Century DLC is now available to purchase. The DLC is a brand new expansion pack for the popular strategy game that adds extra features such as: New Mission Trees, Pirate Republics, Flagships, Naval Barrages, new units, new ship models and much more! Travel to Madrid, Mexico, Manila and learn more about the first empires of the Spanish Crown. Expand your colonial empire, or become a pirate king and plunder the seas. The choice is yours!

See what's new with the upcoming DLC, and be sure to take a look at the launch trailer: 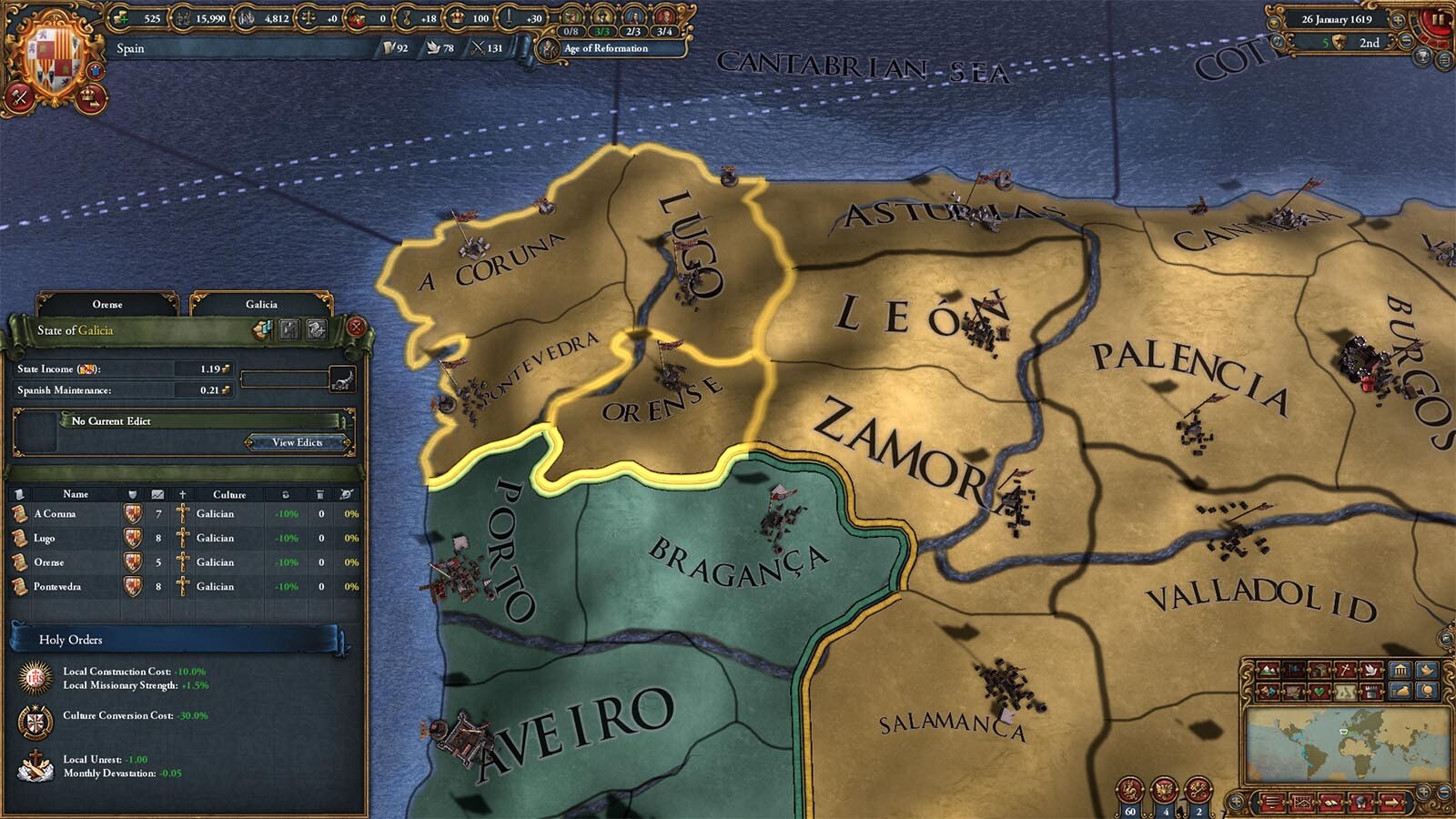 Europa Universalis IV: Golden Century DLC is now available to purchase for 10% off! You can also save up to 78% off the game and other DLC until December 14th with our sale.