It is an age of endless conquest, thousands of warriors clash in titanic battles as entire races wage war on one another, each led by a formidable hero seeking dominion over the world.

Total War games have been going since 2000 and developer Creative Assembly have delved into history in a big way with a focus on many historic time periods, going to places like Japan and Rome. The latest entry into the Total War series takes a new approach, instead of focusing on another time period it instead takes on the mighty WARHAMMER franchise to deliver something not bound by the limitations of it's predecessors to deliver a highly engaging turn based strategy game that fans of both series will thoroughly enjoy.

How does the game shape up though? Does it soar high into the sky or sink into a goblin filled swamp? Let's find out! 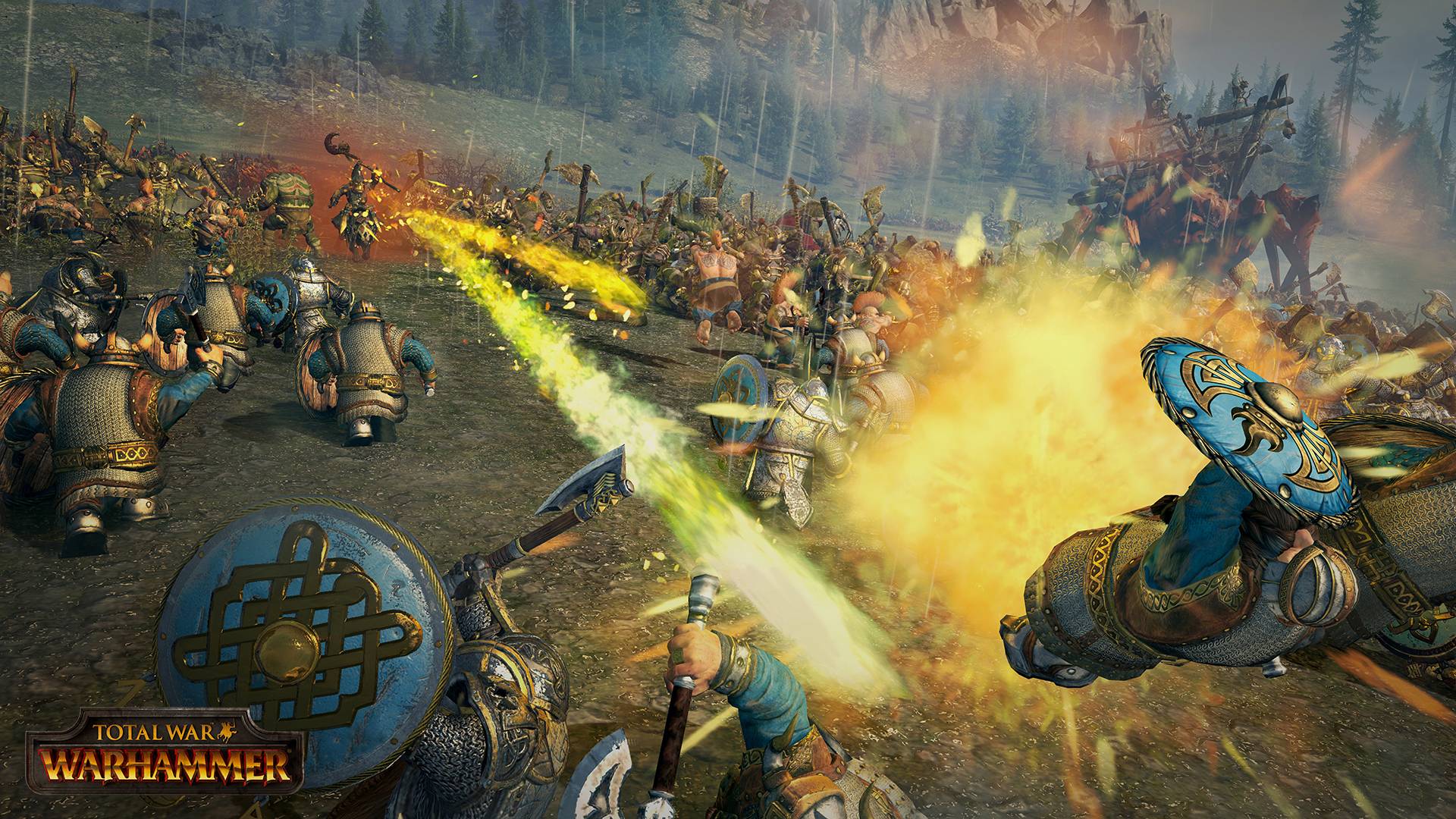 Going straight into it, we have the review from IGN who gave a score of 8.6 out of 10. Since this game doesn't take place in a predefined era of history it brings freedom to the units and as such it provides a bigger range of diverse units, each faction will have it's own set of different units making for some great battles. Lumbering “monstrous infantry” like trolls and crypt horrors add a new tier of melee fighters to the battlefield and break up the bow/spear/sword triangle. Campaign pacing seems to take a hit in places and does suffer at times due to it's almost as if you get flung into a battle without much time to prepare for the onslaught, it does feature some grand scale moments but they seem to be far between. In general, the initial phase of exploring and interacting with the world, completing quests, and consolidating your power over the minor factions of your own race could definitely use an extra 20 turns or so of breathing room.

Destructoid were also really impressed by this latest mashup of two franchises, each faction plays out in a different way as they all have strengths and weaknesses. Humans are relatively middle of the road, but Dwarves have superior artillery and access to rune wares instead of magic, Greeskins (Orks) thrive in pure numbers with very little technology and not trade options, and the Vampire Counts excel with magic use and have more elite, centralized units. This isn't a StarCraft game though and you'll need to focus on your units to build up a strong army so you'll be prepared when it comes to fighting, even then it can be a tense fight which may not end the way you want it to. It was given 8 out of 10, with a general feeling of a great game that was bogged down by some issues. Impressive effort with a few noticeable problems holding it back. Won't astound everyone, but is worth most people's time and cash. Still managed to become the reviewer's top Total War game in the entire series though! 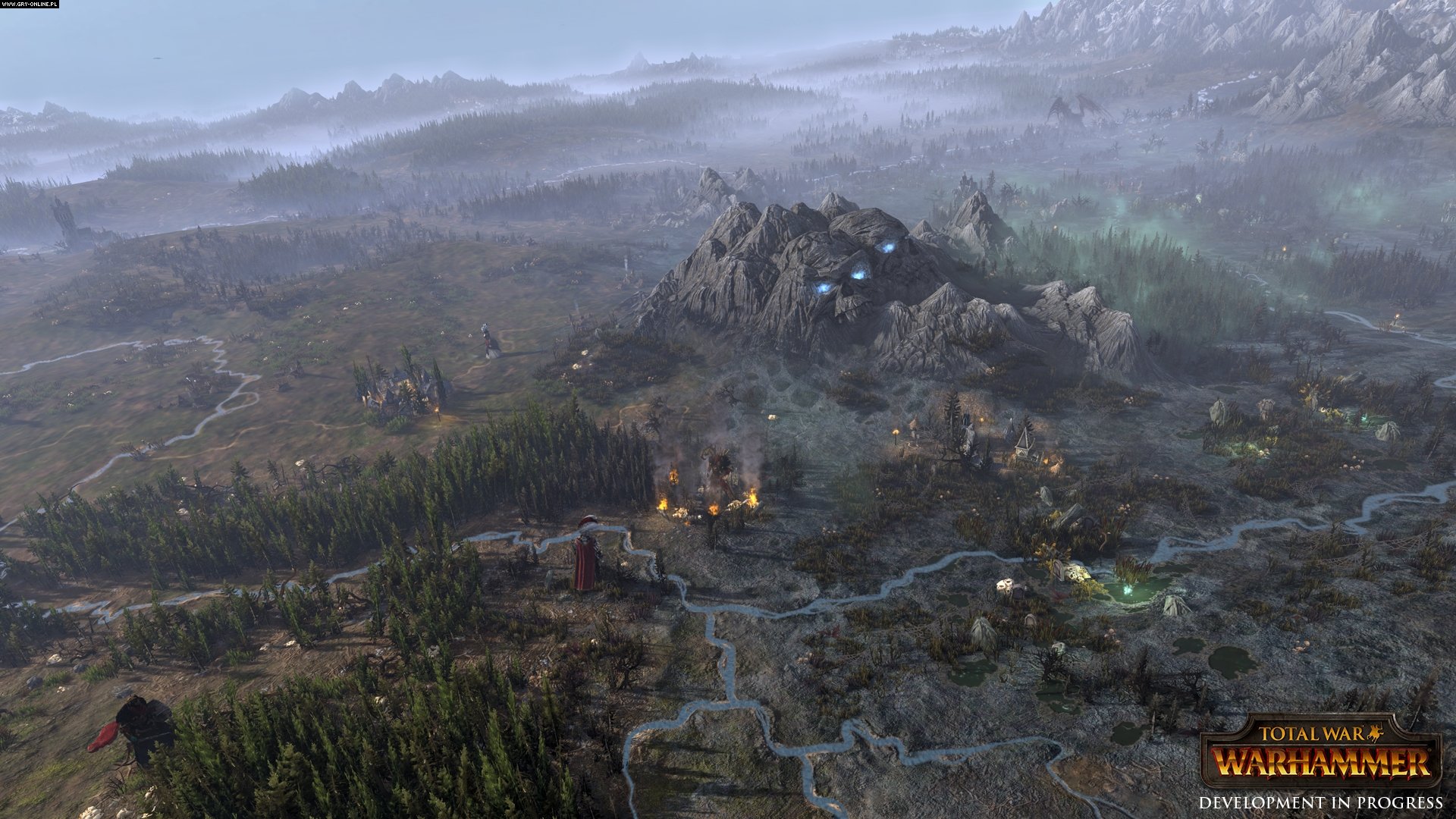 I can see my house from here, did I leave the lights on?

Over at GamesRadar+ the game received a highly rated 4.5 out of 5 stars. Battles are always the make or break of any Total War game (or any game with a war setting really) and Total War: WARHAMMER doesn't skimp in that department as they're amazing as well as epic in a grand scale that will leave you with a sense that you're watching a movie. It’s like being in direct control of a battle from Lord of the Rings, and it’s difficult not to stop every two minutes, switch off the HUD and zoom in close to grab screenshots. Also with the game being a WARHAMMER title there is plenty of lore to dive into as you get involved with the four factions with their own backstory, heroes and a sense of history that feels just like it was ripped out of the history books (if history featured Dwarves and Orcs that is).

Ending the critic sweeping high praise is the review from Gamespot. AI is always a key factor when it comes to a Total War game as broken AI can make a game too easy or too hard but thankfully the developers have improved AI to be smarter and capable of flanking you should you not be prepared! Everything here hasn't just been improved, it's been damn near mastered. Total War has always been about balance--between strategy and tactics, realism and engaging play. Since the game also features flying and magic creatures it can take battles to a whole new level as you'll need to focus on everything to avoid enemies overwhelming you're army. They awarded Total War: WARHAMMER an almost perfect 9 out of 10, though only downside was the camera which still has issues like in previous Total War games but it's a minor gripe that fans should easily be able to overlook! 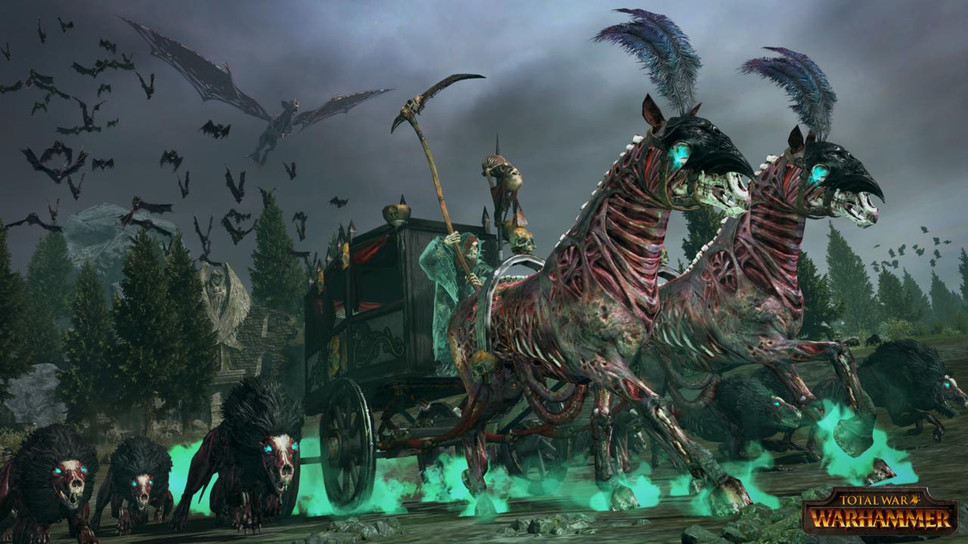 We ride to our death...again!

It's a triumph all round then for Creative Assembly who have managed to combine two franchises into one masterpiece, WARHAMMER and Total War fans shouldn't hesitate to pickup this fantastic title as it's raising the bar for crossover titles (not unlike Marvel vs Capcom). There's never been a better time to try a Total War game and the latest entry proves that an old dog can learn new tricks. Where will the series go next? Perhaps we'll see a Total War: Middle Earth one day, until then we'll be left playing with our WARHAMMER figures!