Warhammer 40,000: Dawn of War III will see mighty races do battle and as we countdown the hours until release, you can take a look at our recap of everything you need to know with the game before it launches tomorrow! 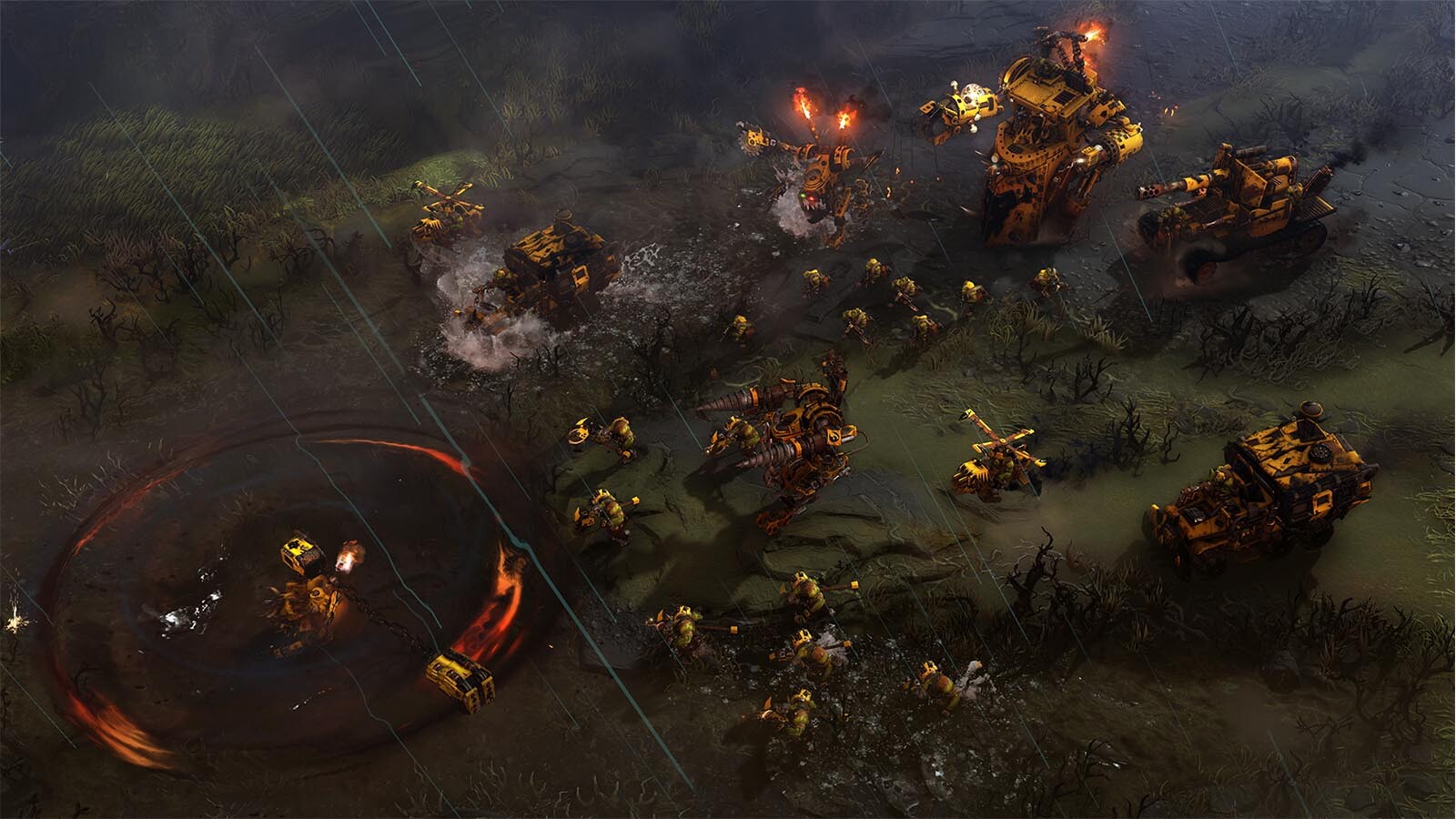 Dawn of War 3 will once again see players taking on 3 factions in a test of strength to see who the ultimate race will be as the Space Marines, Orks and Eldar all do battle, since a powerful weapon is found on the mysterious world of Acheron. As with other games in the series, you will be able to take on giant armies against players (or AI) in massive open spaces as you hunt down resources and build up your forces. You will be able to play in 3 unique campaigns, split among each of the factions in the game and each one has their own story to tell, with unique units tailored to each race!

Experience massive Titan like units, such as the Imperial Knight (Space Marine), the clattering Gorkanaut (Ork), or the haunting Wraithknight (Eldar). Reign down destruction from above with powerful abilities that set an entire battlefield ablaze in a flurry of fire and ash. The game also brings back Multiplayer, this time however it's trying something a little different and takes what you loved about the original Dawn of War and updates it with modern MOBA elements to bring a new thrilling set of multiplayer modes with it. Plus yes, you'll be able to paint your units just like you did in previous games ;)

When it comes to Dawn of War games, the WARHAMMER universe is quite vast and you can expect some powerful lore elements as you learn more about what each Faction is all about. If you have never played a Dawn of War game before, you will not miss out as the game does a good job introducing newcomers to the franchise with easy to learn tutorials that are tailored for players of all skill levels. Remember you can start your preload right now, simply get your key and add it to Steam so you're ready for launch!

Want to see how the game looks before purchasing or playing the game? Our new Youtube Channel PixelPerfect has you covered, below you can get a look at how the game compares between the 3 presets (Minimum, Medium and Maximum).

Be sure to Subscribe if you like seeing more comparison videos, as we'll be doing them on future releases on the hottest upcoming & current titles! 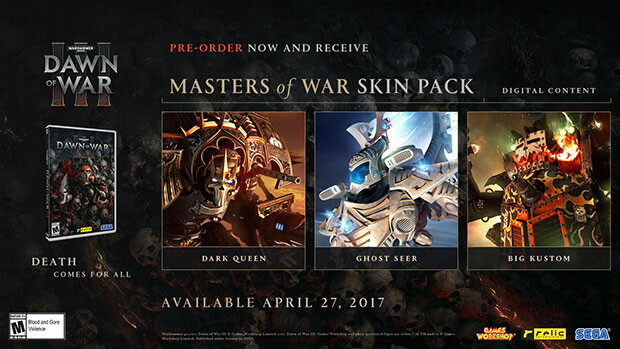 If you pre-order Dawn of War 3 before launch you will get the Masters of War Skin Pack for free!

Problems with Dawn of War? We're here to help!

Getting a new game is an awesome experience and we want to make that as trouble free as possible, so we've put together a guide of common troubleshooting problems and FAQ's to help you out with Warhammer 40,000: Dawn of War III You can find our Help Topic here.