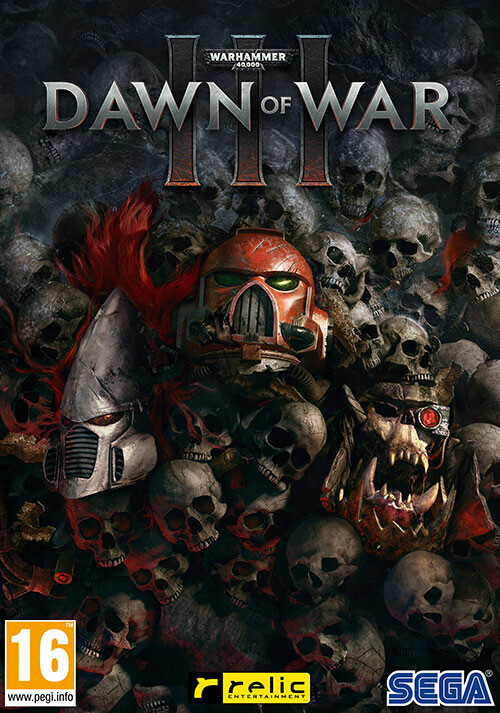 Add Warhammer 40,000: Dawn of War III to your wishlist 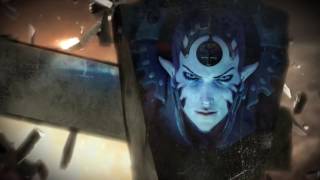 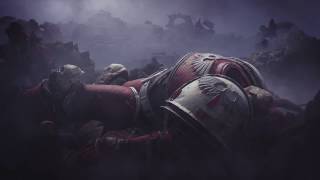 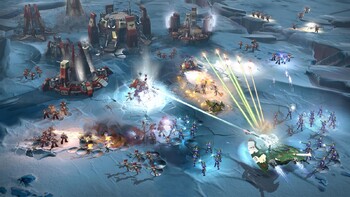 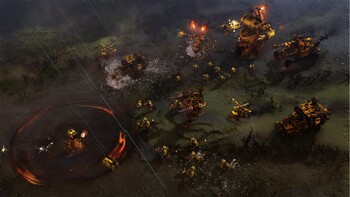 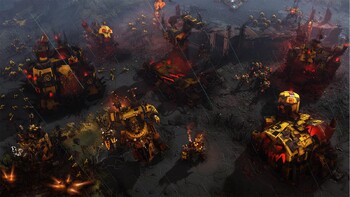 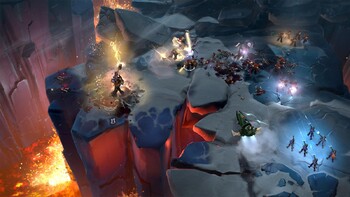 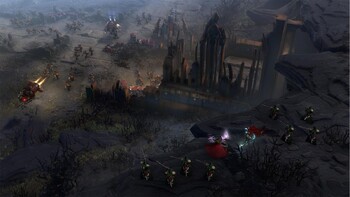 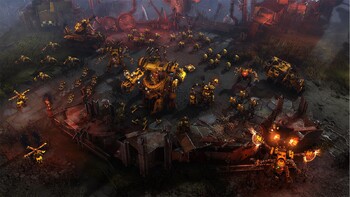 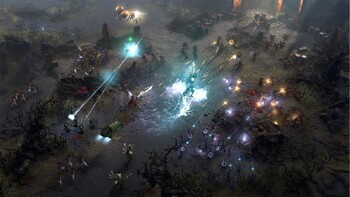 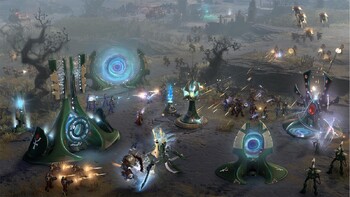 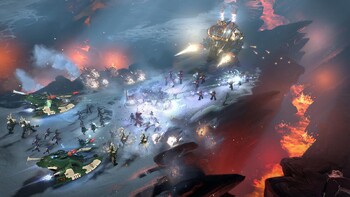 We've already had a a 1080p graphics comparison with Dawn of War 3 and the differences between each setting was only marginal. How does the real-time strategy game look at 4K resolution? ...

Developers Relic Entertainment have delivered an important update for Warhammer 40,000: Dawn of War 3, which tackles a number of game breaking bugs and fixes several relating to the game ...

Buy Warhammer 40,000: Dawn of War III as a Steam key at Gamesplanet.com

Step into a brutal battle between three warring factions.

With war raging and the planet under siege by the armies of greedy Ork warlord Gorgutz, ambitious Eldar seer Macha, and mighty Space Marine commander Gabriel Angelos, supremacy must ultimately be suspended for survival.

UNLEASH THE GIANTS
Take control of towering war machines and tip the balance of battle in your favor with the biggest characters in Dawn of War history. Turn the tide with the mighty Imperial Knight (Space Marine), the clattering Gorkanaut (Ork), or the haunting Wraithknight (Eldar).

COLOSSAL BATTLES
Dawn of War is famous for its epic action and those immense clashes are back - but now they're off-the-scale. Wage war with massive armies across violent volcanic terrain or mighty orbital Star Forts.

CALL UP YOUR ELITES
Take your battle plans to another level by deploying powerful collectible elite squads, each boasting their own special abilities and bonuses that will help you unlock and develop new attacking strategies to conquer your foes.

DESTRUCTIVE ABILITIES
Cause devastation on the battlefield with powerful super-abilities. Rain down total destruction on your enemies with the Space Marine's Orbital Bombardment, the Eldar's blistering Eldritch Storm or the Ork’s Rokks to counter your unsuspecting rivals.

THREE-FACTION CAMPAIGN
Learn what makes each force formidable through alternating missions. You'll soon come to understand the combat advantages of Space Marines, Orks, and Eldar and the rules of a universe with no heroes or villains… only war.

ONE ARMY TO RULE
Build your own universal army from the very first moment you are matched in a melee. Progress through battle after battle with loyal troops by your side across both challenging campaign missions and dominating multiplayer maps.

A NEW DAWN ONLINE
Your army will wreak havoc in online co-operative mode. Join the multiplayer community and forge new alliances - or turn the tables on your new 'friends' as they become foes in explosive, chaotic and competitive maps.

Warhammer 40,000: Dawn of War III © Copyright Games Workshop Limited 2017. Dawn of War III, the Dawn of War logo, GW, Games Workshop, Space Marine, 40K, Warhammer, Warhammer 40,000, 40,000, the ‘Aquila’ Double-headed Eagle logo, and all associated logos, illustrations, images, names, creatures, races, vehicles, locations, weapons, characters, and the distinctive likeness thereof, are either ® or TM, and/or © Games Workshop Limited, variably registered around the world, and used under license. This release is developed by Relic Entertainment and published by SEGA. SEGA, the SEGA logo, Relic Entertainment and the Relic Entertainment logo are either registered trademarks or trademarks of SEGA Holdings Co., Ltd or its affiliates. All rights reserved. SEGA is registered in the U.S. Patent and Trademark Office. All other trademarks, logos and copyrights are the property of their respective owners.

"Dawn of War finally returns with a fascinating, if imperfect, twist on the modern RTS."

"Dawn of War 3 has overly dominant elites, and a merely serviceable campaign, but it captures the power of mass battles well."

"While the campaign can feel like a lifeless chore, the multiplayer options offer interesting tweaks on classic genre staples"

This game's launcher/setup tool may require the touchscreen or virtual keyboard, or have difficult to read text
This game sometimes shows mouse, keyboard, or non-Steam-Deck controller icons
Entering some text requires manually invoking the on-screen keyboard
Some in-game text is small and may be difficult to read
This game displays compatibility warnings when running on Steam Deck, but runs fine
All functionality is accessible when using the default controller configuration
This game's default graphics configuration performs well on Steam Deck