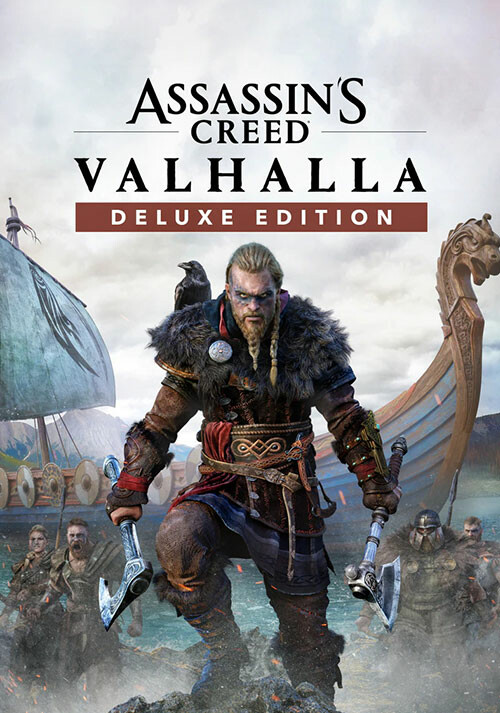 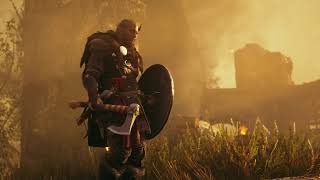 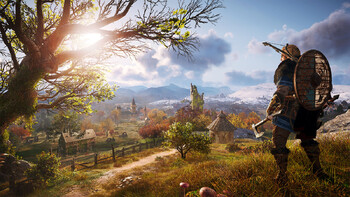 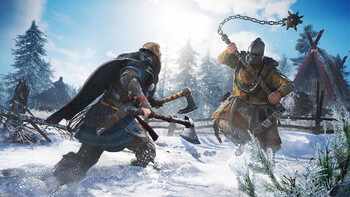 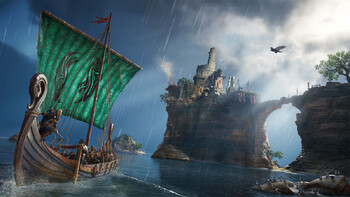 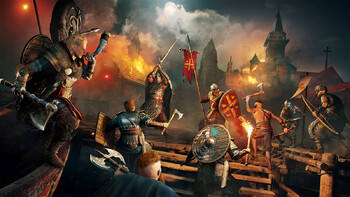 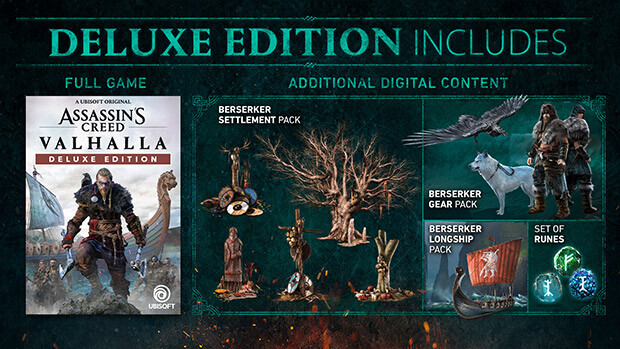 Become Eivor, a legendary Viking warrior raised on tales of battle and glory. Raid your enemies, grow your settlement, and build your political power in a dynamic open world.

Strike fear into the hearts of your enemies with the Ultimate Pack cosmetic items, including:

In Assassin's Creed® Valhalla, become Eivor, a legendary Viking warrior on a quest for glory. Explore England's Dark Ages as you raid your enemies, grow your settlement, and build your political power.

"Bloody and captivating, Valhalla is Assassin's Creed at its best."

"Assassin's Creed Valhalla is full of interesting stories and fun interlocking systems, making it an engrossing world you can easily get lost in"

"Valhalla is another enormous Assassin's Creed saga, lavishly designed, with its sights set on story direction over narrative choice."