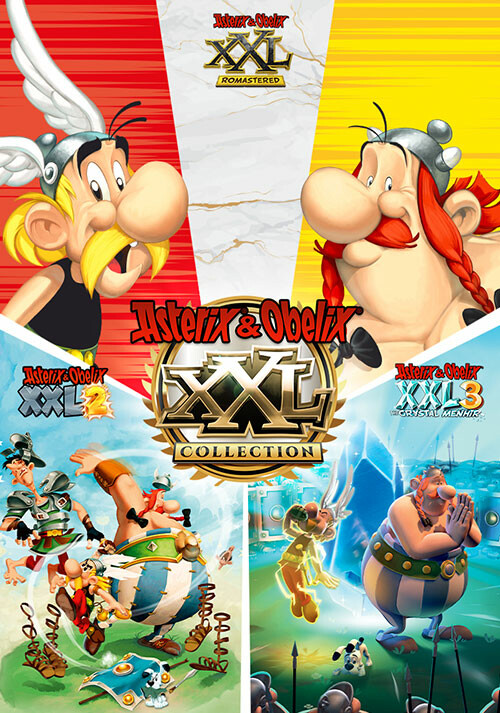 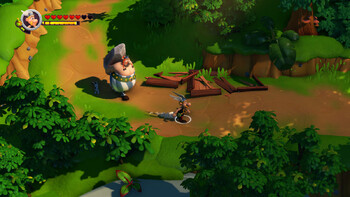 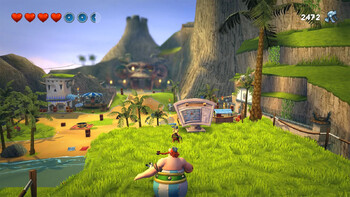 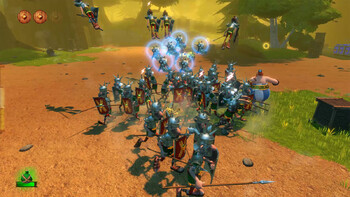 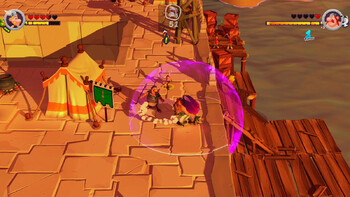 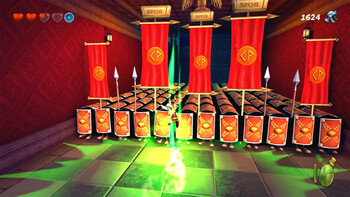 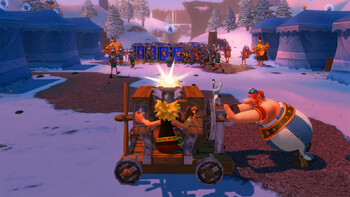 Asterix & Obelix XXL
After a fine day's hunting, Asterix and Obelix return to find their village in flames, pillaged by the Romans! They set off to rescue their fellow villagers, accompanied by their faithful Dogmatix. Their journey will take them to Normandy, Greece Helvetia, Egypt and, finally, Rome, in order to save the villagers from the clutches of the emperor Caesar...

Rediscover the first XXL adventure of your favorite Gauls in this fully romastered version!

Asterix & Obelix XXL 2
More than 10 years following their last appearance on games consoles and PC, Asterix and Obelix are back and in better shape than ever! Asterix & Obelix XXL 2 is a superb blend of action and adventure for all ages, with a winning combination of comedy and brawling.

But where has Getafix gone? The long-bearded druid has disappeared after betraying his own people for Julius Caesar! The Gaulish village is in uproar! They must find out the truth! Always ready for a fight, Asterix and Obelix are sent to Rome on a mission by their chief Vitalstatistix. There, they find a new amusement park - Las Vegum - built by the famous Roman emperor. To what end? What is Getafix hiding?

Asterix & Obelix XXL 3
One day, the village druid, Getafix, receives a strange letter. It is from Avina Gandir, the high priestess of Thule! She warns the druid of a grave threat to his people and asks him to take a mysterious Menhir out of its hiding place...

Set off on an exciting adventure and immerse yourself in the world of Asterix! Alone or in co-op, explore the lands of the Roman empire and unravel the mystery of the Crystal Menhir and its incredible powers!