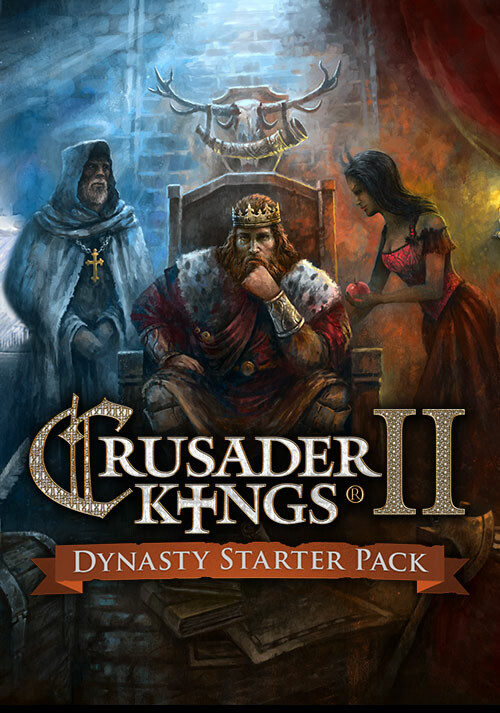 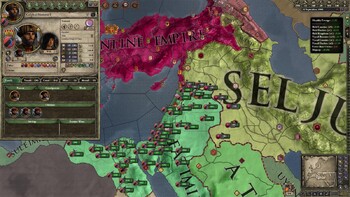 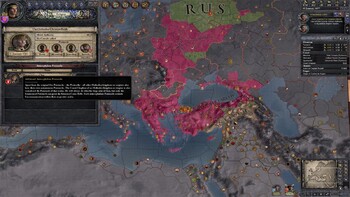 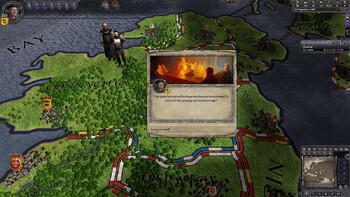 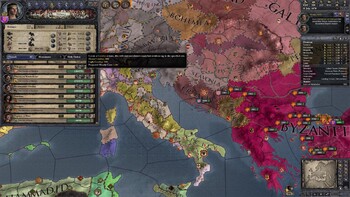 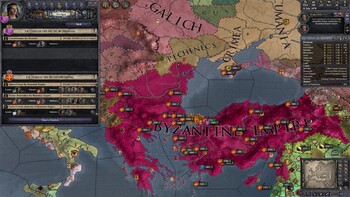 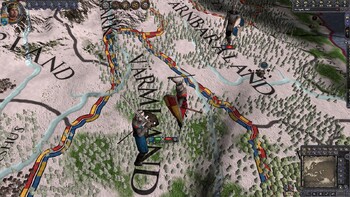 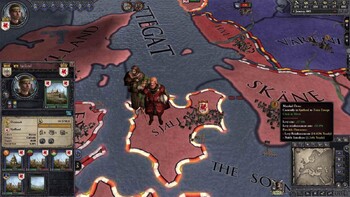 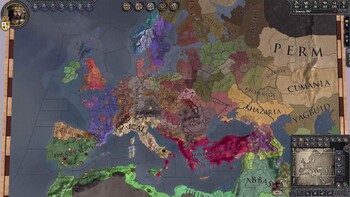 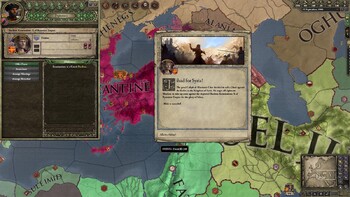 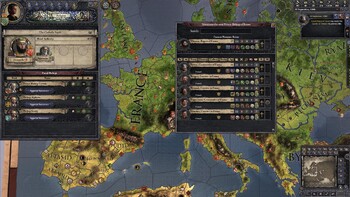 Newcomers to Crusader Kings II should not go to war empty handed. This starter pack gathers all the essential content players need in one handy bundle. With this pack, you will have access to every Christian, Pagan and Muslim realm in Europe and the Mediterranean, as well as a key role playing expansion that brings the intricacies of courtly drama alive on your screen.

Crusader Kings II:
The grand strategic game of thrones and conquest. Lead your dynasty through centuries of war and peace, love and hate. Ascend to glory through clever marriages, brutal war, or simply piety.

Crusader Kings II Ruler Designer:
Customize the appearance of your king, to ensure that if they ever make money with his face on it, it looks good.

Legacy of Rome:
They don’t call complex situations “byzantine” for nothing. Constantinople and the last Caesars bring you new gameplay options and decisions.

Sword of Islam:
You can’t have a crusade with only one side. Play any of the sheikhs and caliphs that contest control of the Holy City, with new religious and political mechanics.

The Old Gods:
Travel back in time to the days of Viking longboats and pagan dominance in the Baltic. How long can you resist the pull of Christianity? Raiding, looting and adventuring.

Way of Life:
Deeper role-playing for those more interested in character building than empire building. Choose the path you will follow. Warrior? Scholar? Master of seduction?