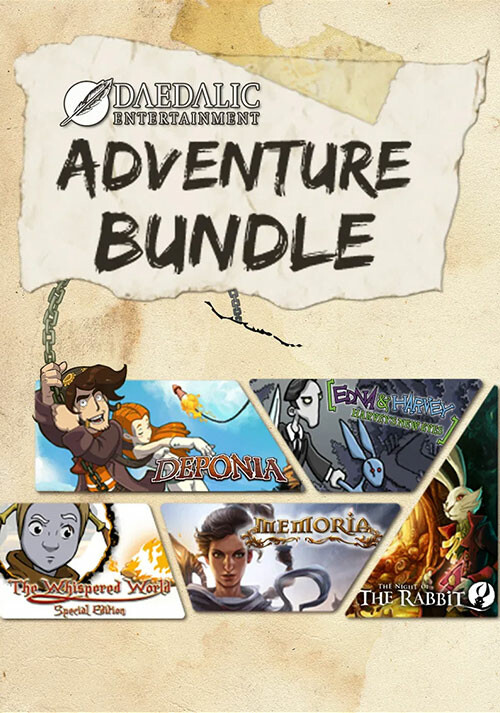 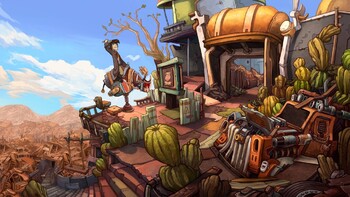 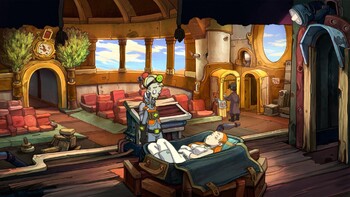 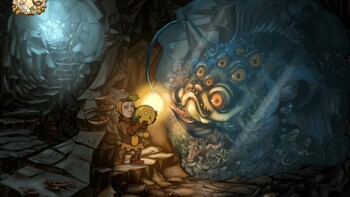 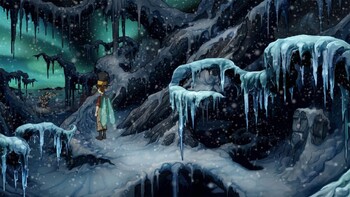 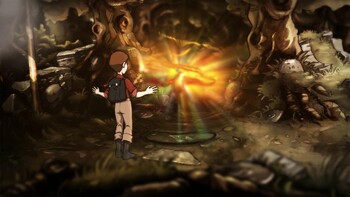 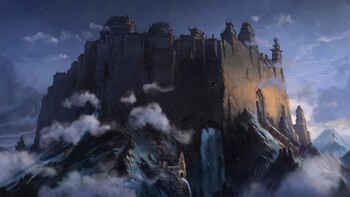 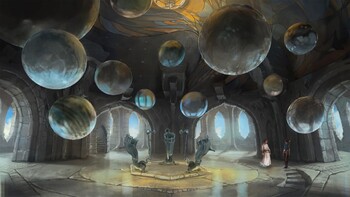 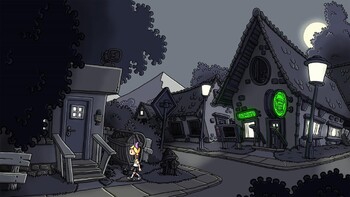 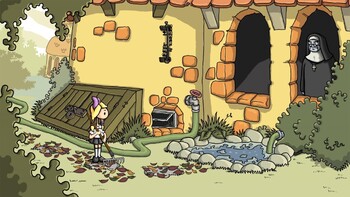 Buy Daedalic Adventure Bundle as a Steam key at Gamesplanet.com

Daedalic Entertainment, once called “Lucasarts from Germany“ by the GameStar magazine, invites the players into a fantastic comedy adventure that revolves around a crazy love story of Rufus and Goal.

Help Rufus, the poor boy from the junkyard, to win over the girl from heaven. Only with this rich girl from his dreams he might be able to escape Deponia and, unexpectedly, to save the planet.

Lilli, a young girl at a convent school, is the main character of Edna & Harvey: Harvey’s New Eyes. Apparently the best-behaved little girl in the world, she executes all her tasks diligently, no matter how unfair they may be. Her innocent, imperturbable way of carrying out the orders of others has something both tragic and eerie about it. Any resentment, any childlike disobedience is buried deep beneath a seemingly impenetrable shell of sweetness. But how long until this shell will fissure?

And where do the friendly little Censor-Gnomes come from that paint over anything upsetting in Lilli’s vicinity with a pleasant pink color? Are those potato-shaped fellows real or just a product of her subconscious?

All things considered, it seems merely a matter of time until Lilli is going to crack up.

It is here that Jerry’s dream of being a magician comes true, though a haunting, sinister force casts a long shadow over the forest. Someone offers the residents of Mousewood a deal of their lifetime - tickets to the greatest magic show that the world has ever seen. But the price is steep, as they'll have to stake their most precious possessions and also their lives.

As the shadows grow deeper, the residents of Mousewood have only Jerry to turn to. On an adventure full of laughter and tears, joy and fear, the young boy will face the ultimate trial, leaving behind the world he once knew, and his childhood, too, will become a thing of the past.

When the fate of a world hangs in the balance, an unusual hero arises! The visually impressive adventure-epic The Whispered World is now available as a Special Edition for the first time. Let the Whispered World enchant you with its many animated details and fantastic characters.

Sadwick's adventure begins when he sets out to understand the meaning of his recurring nightmares. In his dreams, he is haunted by a mysterious blue sphere as his world collapses around him. Shana, the oracle, confirms his worst fears: not only does she foretell the end of the world, but also that Sadwick is the very reason for their doom. Face the prophecy and experience an adventure unlike any other! Exclusive content of the special edition include audio comments featuring Jan 'Poki' Müller-Michaelis and Marco Hüllen, as well as the orchestral soundtrack and unlockable achievements.

To install and launch Daedalic Adventure Bundle Demo, you need to have the Steam application installed. Is Steam installed on this computer?