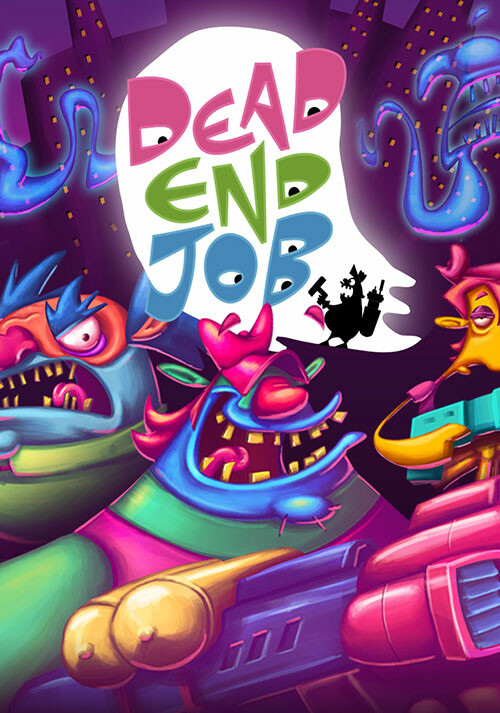 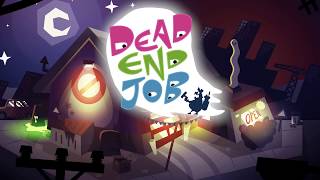 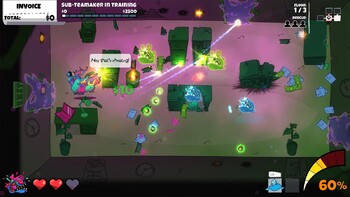 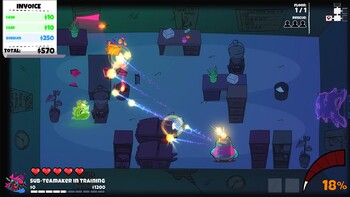 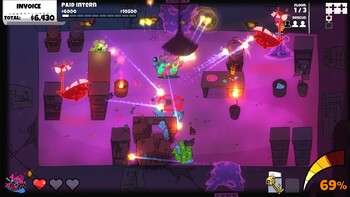 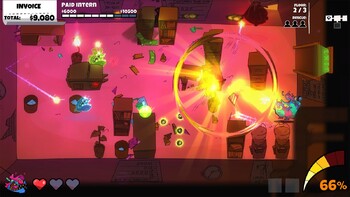 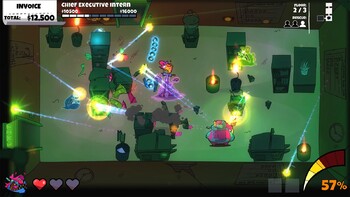 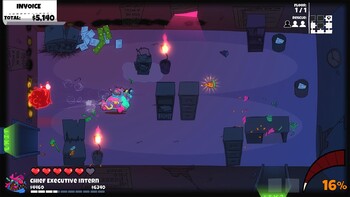 Dead End Job sends you into a madcap, Ren & Stimpy-esque world to bust up ghosts. It’s a procedurally generated, couch co-op, twin-stick shooter that straps a vacuum pack to your back, and puts a plasma blaster in your hand. For you, it’s just another day in the office.

Familiar Haunts
You take on the role of Hector Plasm, a worker at Ghoul-B-Gone – ‘the Number One experts in paranormal pest control’ – as you’re tasked with heading to haunted offices, restaurants, and other everyday buildings before freeing them of unwanted guests. One minute you’re sucking up specters, the next you’re sucking up to your bosses, chasing that promotion. Have you got what it takes to be the best at putting pests to rest?

Don’t Suck… Well, Actually Do
Exercise that fighting spirit, since every specter you snag and every resident you rescue is added to your client’s bill at the end of the job. Haunted by the ghost of your mentor, quite literally, you must learn the ropes and to save her soul before she’s forced to spend eternity as a spook (voted “Least Preferred Fate” in Ghost Hunter Monthly).

Kindred Spirits
Play alone or bust ghosts with a buddy in drop in / drop out co-op that works seamlessly within the main adventure. Plus you can play to an audience with Twitch ad Mixer interactivity that allows viewers to help or hinder your assault on the afterlife.

Ghost Writer
Do you love 90's cartoons? Yeah, so do we, and we grew up on their stretchy squishy gross-out laughs. Our love for them spills over into the game like so much ectoplasm. See every nose hair in wacky, vibrant art that brings everyday items to life as screwball spooks to suck up. To top it off, the entire adventure is backed by music from the award-winning Will Morton (Grand Theft Auto series).