Add Elden Ring to your wishlist 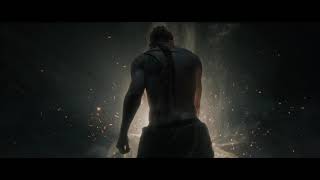 Two of the biggest names in media are coming together for a unique project as the team behind Dark Souls (From Software) are teaming up with legendary fantasy author George R.R. Martin to create new adventure game Elden Ring. This will be From Software's largest game ever created and will be set in a realm filled with bloody history that is crated by the creator of Dark...

Unparalleled adventure awaits in ELDEN RING, the next epic fantasy title created by FromSoftware, Inc. and BANDAI NAMCO Entertainment Inc. ELDEN RING is FromSoftware’s largest game to-date and is set in a sprawling realm steeped in a rich and bloody history crafted by Hidetaka Miyazaki – creator of the influential and critically acclaimed DARK SOULS video game series; and George R.R. Martin – author of The New York Times best-selling fantasy series, A Song of Ice and Fire.